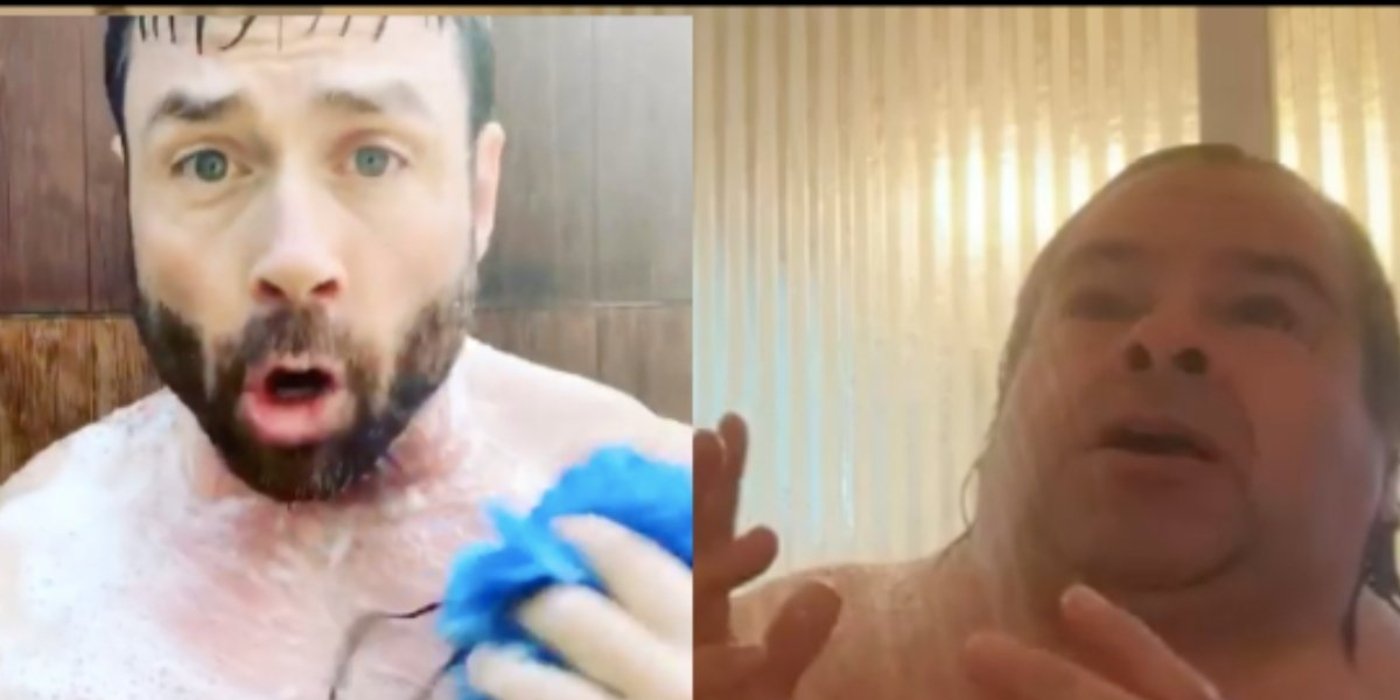 90 Day Fiancé’s Big Ed participated in the bizarre bathing challenge. He even got most of the cast members to join in.

Currently, 90 Day Fiancé: Before the 90 Days is following around a whole new group of Americans who are hoping to find their true love abroad. Big Ed may be short in stature, but he has decided to steal viewers’ hearts on the newest season. Many are questioning the motives of his girlfriend, Rosemarie. At only 4-foot-9, the newest reality star decided to rejoin the dating world after almost 30 years of being single. In a recent episode their relationship took a turn for the worst when Big Ed asked Rosemarie to take an STD test, setting the young mother off.

Related: 90 Day Fiancé: Evelin & Corey Broke Up, Still in Lockdown Together in Ecuador

Now it would seem that Big Ed is hitting the showers after a messy segment hit the air which showed him in a pretty bad light. The San Diego native did not realize the damage he would cause by asking his fiancé to participate in a blood test that would check if she was clean from any sexually transmitted diseases. Fans were not impressed with his own refusal to take a test until he got back to the United States. But instead of hiding from social media, Big Ed scrubbed himself clean, taking part in the shower with your pet craze. He shared his video on social media saying to fans to remember to wash their hands and shower every day and to not forget about their fur babies.

Viewers were not a fan of the sight but were happy to see Geoffrey Paschel take part saying he would “leave this right here.” The Nashville native showed off his blue luffa, saying the exact same message of the need to shower amid the pandemic and showed his chubby dog. He also made it clear that he would not get rid of his nipple tattoos. Both Ash and Avery joined the shower challenge after being tagged but did not share the same shower. Ash even did some wordplay and worked out in the shower with a dumbbell. Lastly, Tom Brooks joined in the bubble fun even though he does not have a pet he made sure to grab one of his stuffed animals that keeps him warm at night since he no longer has Darcey to cuddle into.

Fans were a bit taken aback by the recent challenge, since it does not make any sense. One would hope that most people know how to institute a proper hygiene routine. These reality stars are soaking up their fifteen minutes of fame, every single drop.