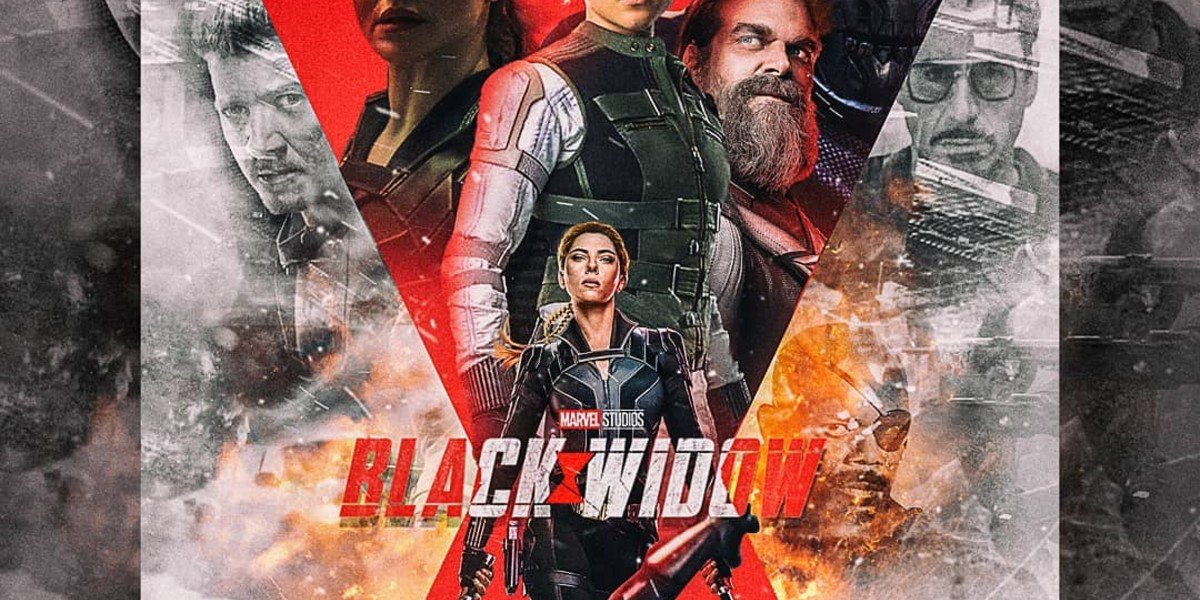 The Black Widow standalone works around the sad reality that Nat’s no longer alive in the MCU following her tragic death in Avengers: Endgame by setting its primary narrative in the two years between Captain America: Civil War and Avengers: Infinity War. The movie was supposed to take Marvel Studios’ prime May slot this year, but due to the Coronavirus pandemic that has put Hollywood in a stand still with multiple filming suspended and movies delayed, that’s no longer the case. No word yet from the studio when they plan to reschedule Black Widow‘s release, but aside from it, the rest of its Phase 4 slate is supposed to be unchanged.

Due to the delay in roll out, fans will have to wait a little while longer for Black Widow. To cope, one digital artist with the handle abgarfix decided to create his own one-sheet for the movie emphasizing Natasha’s connections to her fellow Avengers, Clint Barton and Tony Stark. Check out the poster shared on the creator’s official Instagram below:

The fan-poster mines design inspiration from official Black Widow one-sheets with the incorporation of the titular hero’s insignia. There’s also a focus on the mysterious Taskmaster who will be the main villain of the narrative. Until now, Marvel Studios has yet to reveal who’s playing the part, resulting in a myriad of  theories regarding who the character might be. Despite this, Marvel Comics readers know that his strength lies in his ability to mimic the abilities of his adversaries, and in the trailers released for the movie thus far, fans have already seen him copy some notable heroes in the MCU like Black Panther, Captain America, Spider-Man, as well as Hawkeye and Iron Man.

Aside from Taskmaster mimicking some of Clint and Tony’s moves, the pair of heroes are also rumored to make an appearance in the film itself. Given where Black Widow falls in the MCU timeline, Tony being involved is possible despite also being dead in the present. It’s worth noting that among Natasha’s fellow heroes, she knew the aforementioned men the longest, so it makes sense that they would be more aware of Natasha’s secret life outside of being a member of the Avengers.

Accidental geek who is perpetually curious, Ana rekindled her love for writing several years back and married it with everything pop culture. The result is a passionate young writer who could ramble (and of course, pen) about films and series multiple hours a day. She has a soft spot for The Lion King, old songs, and home design; is currently obsessed with old sitcoms (The Golden Girls!); and won’t dare watch any horror films although she’s (ironically) dying to see one. Though a bit late to the party and was an actual Force non-believer, she now finds the Star Wars franchise quite fascinating (fun fact: it was a crazy Jar Jar Binks/Sith theory that drew her in).