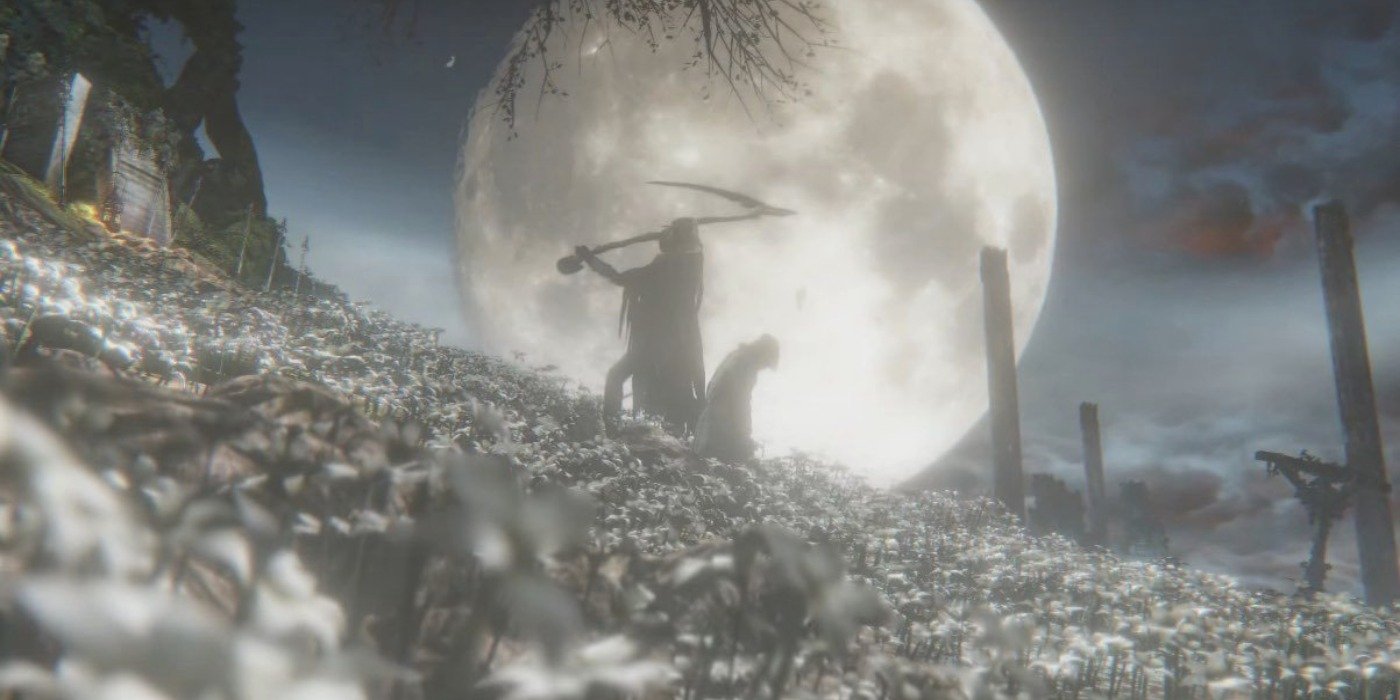 A Bloodborne modder got the game running at 60 FPS, and the results are awkward, to say the least. While Bloodborne is regarded as one of the greatest PlayStation 4 games ever made, graphics enthusiasts are disappointed that the game doesn’t run at 60 FPS, instead remaining locked at 30, even on PS4 Pro.

The PS4-exclusive title from the legendary developers at From Software helped introduced the Souls sub-genre to an even wider audience. Set in a Gothic fantasy world full of horrific monsters and deliciously disgusting gore effects, Bloodborne impressed and appealed to a key demographic in consumers that hadn’t been familiar with the Souls series previously. Bloodborne is blisteringly difficult but rewarding in its loop of teaching the player through failure so they can emerge victorious after a glorious struggle.

Popular YouTuber Lance McDonald created a patch for Bloodborne, tricking the game into running at a higher frame rate, which he posted on Twitter. While the results look promising at first glance, it’s quickly obvious why a 60 FPS mode was never implemented into Bloodborne: animations are tied to frame rate, so losing the 30 FPS cap causes the game to run in fast-forward like a Benny Hill Yakety Sax comedy routine.

I patched Bloodborne to run at 60fps. It works alright (about as good as the Dark Souls 3 PS4 Pro patch does) except for the fact that the game doesn’t have proper timing and the entire game basically runs in fast-forward. This is running on a base PS4. pic.twitter.com/vfdjjWxpp5

Some video games are designed in such a way that uncapping the frame rate is as simple as flipping a switch. However, when animations are tied to the FPS, it’s a whole other matter. When Kingdom Hearts 1.5 + 2.5 HD Remix was released for PS4, the frame rate was boosted from 30 to 60 FPS, and several animations were impacted by the change, running at double their intended speed before subsequent patches improved the situation.

The upcoming PlayStation 5 console is expected to feature backwards compatibility with a great many PlayStation 4 games. Many fans are hoping older titles will be able to take advantage of the high-end specs of the PS5 to boost the frame rate and resolution of their favorite classic games. For games with uncapped frame rates that fluctuate between 30 and 60 (like From Software’s own Dark Souls 3, which was patched to include the high frame rate option on PS4 Pro), this should work properly. However, for games with established 30 FPS caps, the developer will have to issue a specific patch to unlock the frame rate beyond its 30 FPS limit. In the case of Bloodborne – and the numerous other games whose animations are tied to a specific 30 FPS frame rate – it will take significant work from developers to get 60 FPS working properly on PS5.