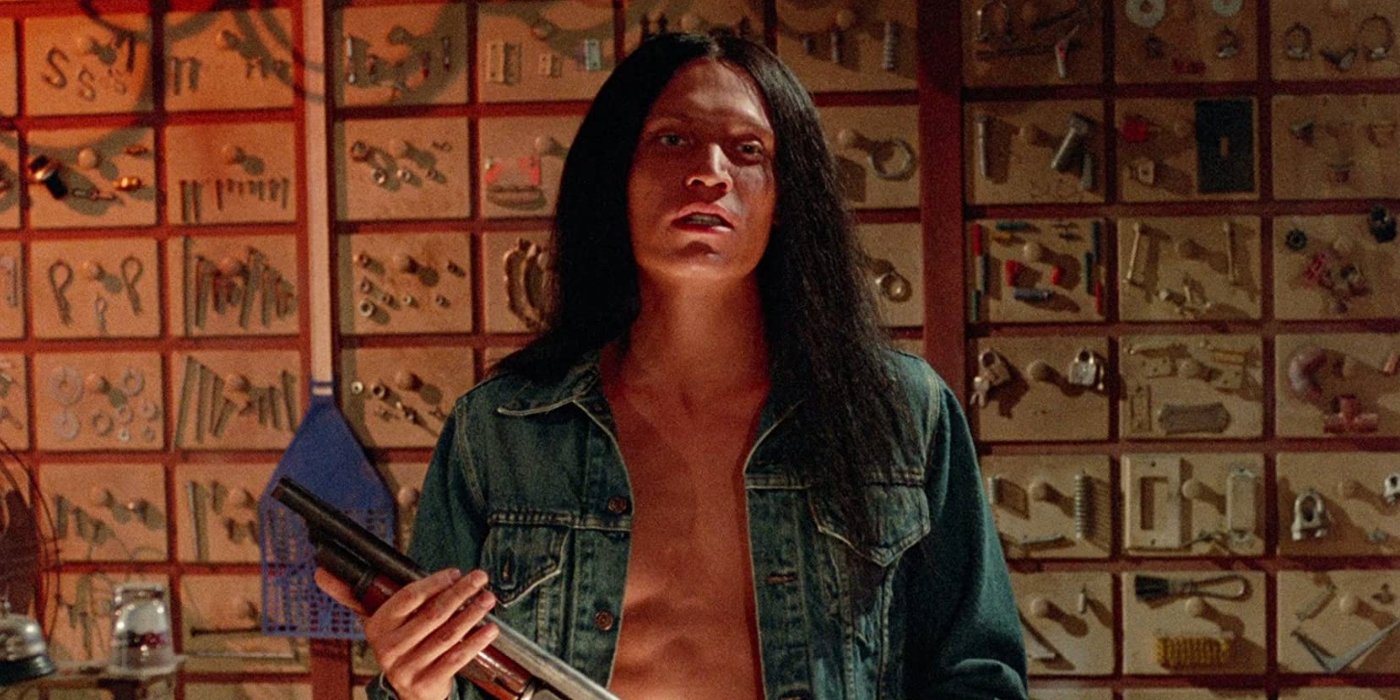 Creepshow 2 was the movie debut of Mindhunter’s Holt McCallany. The late, great George A. Romero collaborated with Stephen King a few times, including The Dark Half, but Creepshow is their most beloved among fans. The movie is a tribute to the EC comics they read growing up, which were infamous back in the day for their gruesome tales of terror. Creepshow was an anthology with five stories, with King himself taking the lead for “The Lonesome Death of Jordy Verrill.”

Neither Romero nor King had much involvement with Creepshow 2, with the former contributing a script that was based on some of the author’s stories. The follow-up also cut the number of tales down to three, with the hellish “The Raft” easily the best regarded of the segments. Originally five stories were planned, with “Cat From Hell” – where a hitman is tasked with killing a demonic cat – being recycled for 1990’s Tales From The Darkside: The Movie. While Creepshow 3 eventually arrived in 2006, neither King nor Romero had any kind of involvement and it received universally terrible reviews, with fans generally considering Tales From The Darkside: The Movie as the true third movie.

A Creepshow TV series later debuted on horror streaming service Shudder in 2019, which featured adaptations of stories by King, Joe Hill, Joe R. Lansdale (Hap and Leonard) and many more. Outside of “The Raft,” Creepshow 2 is generally considered inferior to the original movie. It lacks the colorful, comic-book flair Romero brought to Creepshow and with only three stories it doesn’t have the same variety. The first story is called “Old Chief Wood’nhead,” where the kindly owners of a convenience store are murdered by a gang of thugs during a robbery, and an old Indian statue comes to life to seek revenge.

Mindhunter fans may or may not recognize the lead villain in Creepshow 2’s “Old Chief Wood’nhead” segment as Holt McCallany, AKA Bill Tench. McCallany plays Native American bad guy Sam Whitemoon in this tale, who thinks robbing the nice owners of the local store will pay his way to Hollywood, where his long, lush black hair will make him a movie star. While it’s a casting that would never fly today – especially with McCallany wearing fake tan and a distracting wig – he certainly chews the scenery in “Old Chief Wood’nhead.” Sam is unbearably vain and callous so when he gets his comeuppance – in the form of being scalped by the statue – it feels like a fitting punishment.

Creepshow 2 marked Holt McCallany’s movie debut and he would spend the next 30 years as a character actor, appearing in everything from Alien 3 to Three Kings and CSI: Miami, but Mindhunter gave him a role that showed everyone what he could do with a juicy part. Sam Whitemoon certainly didn’t give him the most subtle of characters to start with, but he made the most out of it.

Next: The Real Creepshow 3 Is Tales From The Darkside: The Movie

Will Grand Theft Auto 6 Be A Next-Gen Exclusive?

It’s pronounced Paw-rick, not Pad-raig. Now that’s out of the way, a brief introduction. Padraig has been writing about film online since 2012, when a friend asked if he’d like to contribute the occasional review or feature to their site.
A part-time hobby soon blossomed into a career when he discovered he really loved writing about movies, TV and video games – he even (arguably) had a little bit of talent for it. He has written words for Den of Geek, Collider, The Irish Times and Screen Rant over the years, and can discuss anything from the MCU – where Hawkeye is clearly the best character – to the most obscure cult b-movie gem, and his hot takes often require heat resistant gloves to handle.
He’s super modern too, so his favorite movies include Jaws, Die Hard, The Thing, Ghostbusters and Batman. He can be found as i_Padds on Twitter making bad puns.