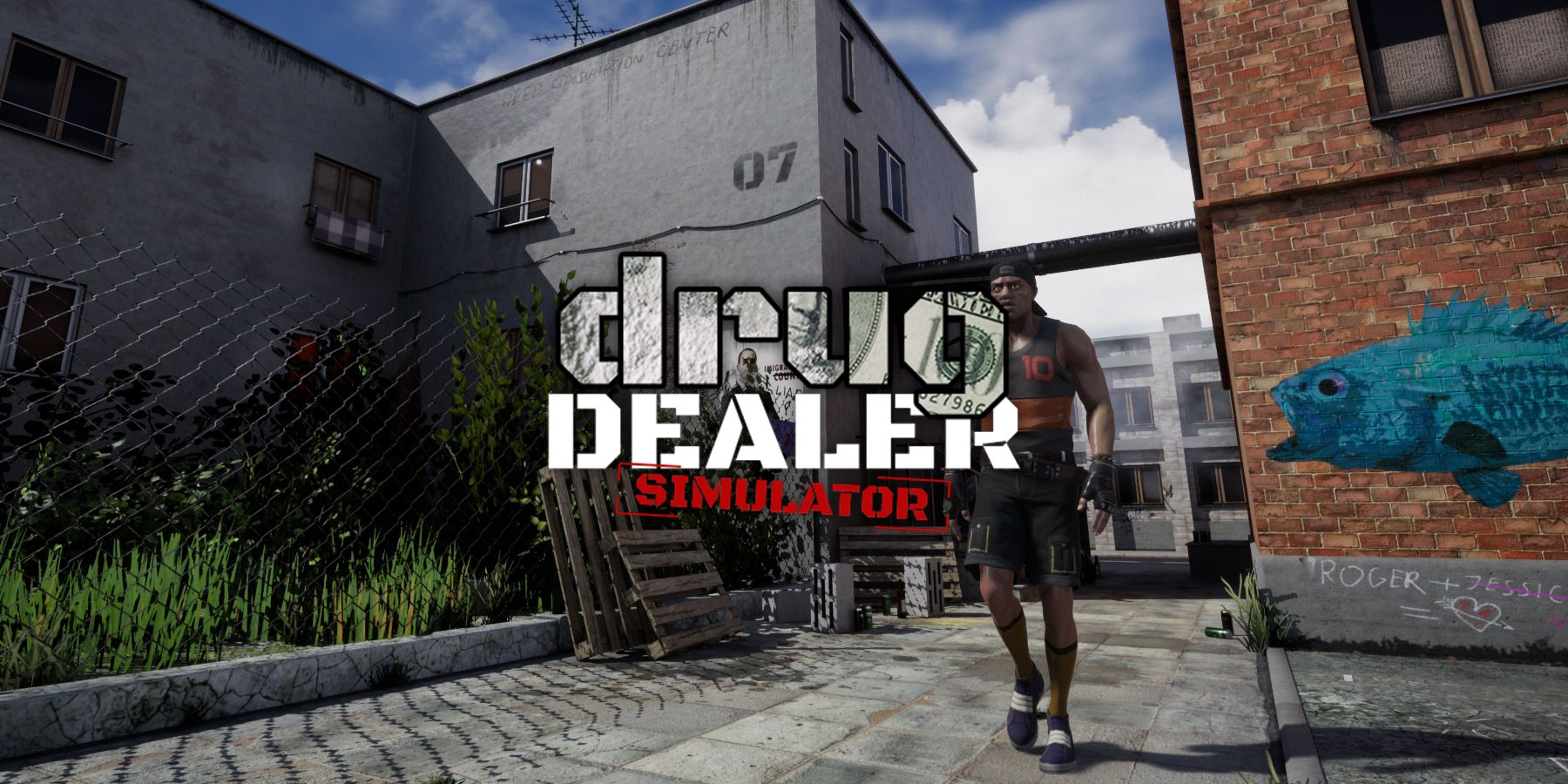 The world of video games has turned to criminal activity plenty of times. Rockstar’s Grand Theft Auto series includes the most profitable entertainment product of all time, while the off-the-wall action of Saints Row is looking to get another entry. Drug Dealer Simulator is another game to try and give players a taste of the bad life.

Drug Dealer Simulator doesn’t have as broad a scope as those AAA games that focus on criminality. Instead, it sees the player trying to grow a drug empire from humble beginnings. A drug runner in a desolate urban area, the player travels the graffiti-covered streets selling their wares and avoiding the attention of the police.

Although such a game has plenty of potential for excitement, Drug Dealer Simulator is slow to get going. The player starts off as a low level pusher, selling off 2g bags of weed and giving out samples to grow their business, before rising to larger deals as the game goes on. Unfortunately, Drug Dealer Simulator never really reaches beyond this starting point in terms of challenging the player or expanding its gameplay.

At its core Drug Dealer Simulator will be familiar to anyone who has previously played a survival game like Rust or ARK: Survival Evolved, albeit in a rudimentary manner. The player will need to order new supplies, feed money back into the cartel, and cut their own drugs in order to maximize their profits. Getting more cash and rising through the levels gives access to new drugs and crafting elements to build a drug empire.

Gaining levels also gives access to Drug Dealer Simulator‘s light RPG mechanics. Prompt deliveries and growth through the game then allows the player to improve their skills, be it running speed, stamina, or the likelihood of the police not finding illegal goods when the player is searched.

In spite of this emphasis on improvement, Drug Dealer Simulator is never as stimulating as its own narcotics. Although occasional challenges come up, such as having to get supplies through police checkpoints or more complexity to drug creation, its gameplay never really changes enough to keep the player entertained as things go on. Instead, the player just gets expanded options of what to deliver, either through money or through growing their map and tagging areas with spray paint.

Drug Dealer Simulator‘s setting doesn’t help, either. The game’s cityscape is a dour place to be, covered in tags that read such fitting lines as “hope has overdosed,” but without much to really say and without characters that are truly interesting. Over time, the player gets access to environment customization options as they earn more cash, but nothing truly showcases a player’s newfound wealth in a meaningful way, which makes progression arduous.

Aside from the crafting elements and making sure to deliver goods in ample time, the core challenge of Drug Dealer Simulator comes from police interference. Going out at night in particular puts the player at risk of being chased down, while overplaying their hand and attracting unwanted attention could lead to a DEA raid of the player’s premises. Generally the threat remains the same, though, with the best course of action being to remain clever and move quickly where possible.

All of this leaves Drug Dealer Simulator with a relatively basic core gameplay loop from which it never truly manages to escape. The player’s time is spent buying supplies, cutting drugs, selling them, and repeating. Although the quantities may grow and the player’s empire may expand, it never manages to break free from its early stages; those after an experience akin to Breaking Bad will be left wanting.

As such, Drug Dealer Simulator sits in an awkward place where it neither reaches the bizarre levels of GTA or Saints Row, even when it gives players boosts when using their own supply, nor provides something interesting within its subject matter. Although it’s not a bad game, Drug Dealer Simulator doesn’t have enough variety in its current state to keep players engaged beyond its novelty factor. It’s thankfully not the worst simulator game ever, and avoids the gimmicky trappings of some of its peers, but it’s unlikely to get much love at the moment.

Drug Dealer Simulator is available for PC. Screen Rant was provided with a Steam download code for the purposes of this review.

Rob Gordon is a writer and musician from Brighton, United Kingdom. A Creative Writing Masters graduate from the University of Exeter, Rob has his roots in fiction writing but also has extensive experience writing about video games and the video game industry. As well as this, Rob is at home with a focus on film and television, particularly when it comes to the realms of horror. Alongside his writing, Rob plays in two UK-based musical acts, the electro-pop band Palomino Club and rock band Titans & Kings, and also lends his vocal talents to the Big Boys Don’t Cry podcast, which reviews and discusses romantic comedies. The bands and the podcast can be found on all good digital distribution platforms, and Rob can also be found on Twitter.