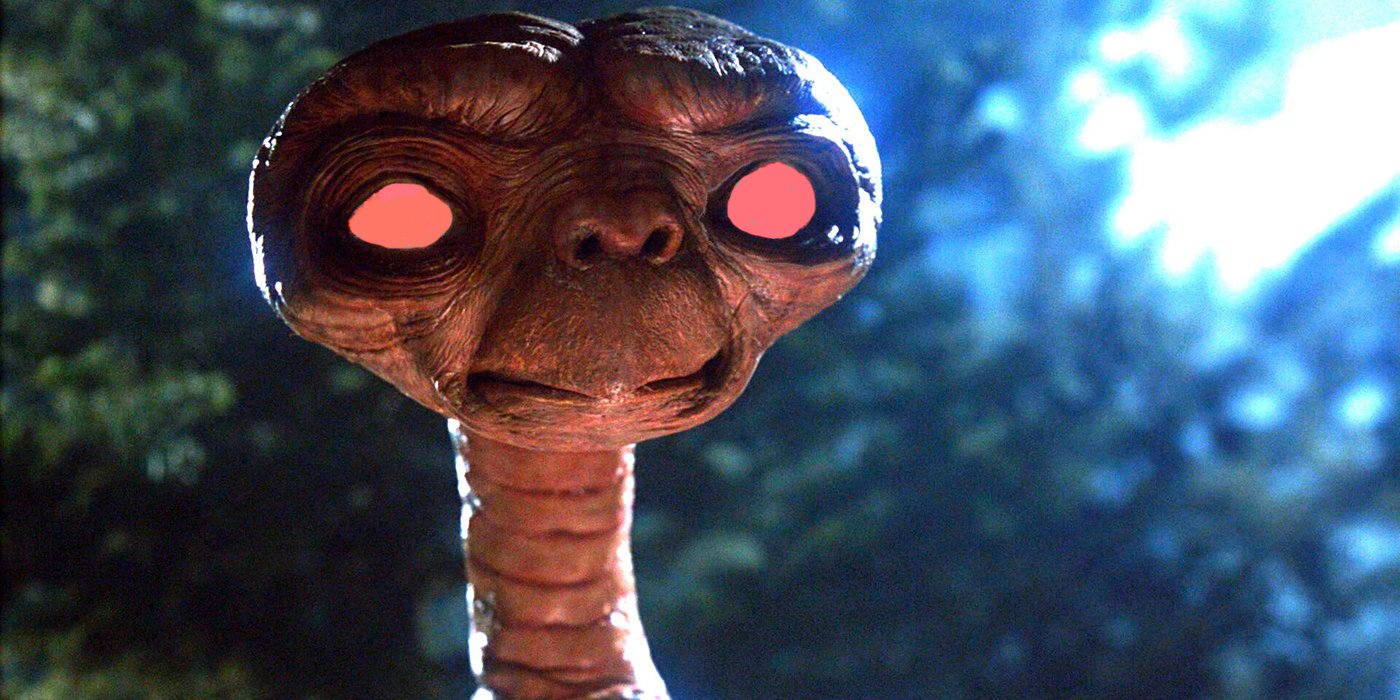 1982’s E.T.: The Extra-Terrestrial is a family sci-fi/fantasy classic, but the project began life as an alien horror movie called Night Skies. E.T. is such an iconic film today, and such a beloved entry into director Steven Spielberg‘s library of hits, that it’s almost impossible to imagine it having turned out any other way. The titular friendly alien is one of the most recognizable creatures to ever grace the silver screen, and has had his face plastered on just about every possible type of merchandise.

The idea of a horror version of E.T. is something that seems ripe for parody, a notion so odd that the idea it was ever considered is a bit mind-boggling. Yet, Hollywood is a weird world, and lots of the biggest movies of all time began life as something almost completely different. Sometimes what moviegoers ultimately get from a classic film comes down to the creative decisions of just one person.

In the case of E.T.: The Extra-Terrestrial, that man was Spielberg. Back when the project was in the early stages, and still titled Night Skies, Spielberg was only planning to produce, but along the way, he decided to take a more active creative role.

E.T.’s Original Script Was A Horror Movie: Why Spielberg Changed It

In the late 1970s, Steven Spielberg was developing a script called Watch the Skies, which functioned as a sort of sequel to Close Encounters of the Third Kind. Spielberg’s idea was based on an allegedly true account of a family terrorized by malevolent aliens on their Kentucky farm in 1955. Spielberg went to John Sayles, writer of creature features Piranha and Alligator, to turn his treatment into a feature-length script, changing the title to Night Skies along the way due to a rights issue. The Texas Chainsaw Massacre‘s Tobe Hooper was the first choice to direct.

However, as legendary special effects creator Rick Baker began to design the group of evil aliens, Spielberg began to question whether Night Skies‘ dark concept was the right choice. He also developed a fondness for a subplot in the script that concerned a benevolent member of the alien race that formed a friendship with the targeted family’s young autistic son. Spielberg then sat down with screenwriter and friend Melissa Mathison to create a story that would first be called E.T. and Me, before changing to the title everyone now knows. The Night Skies project was abandoned, and Spielberg decided to direct E.T., not just produce it. Elements of Night Skies also made their way into Poltergeist, which Spielberg did indeed hire Tobe Hooper to direct.

Michael Kennedy is an avid movie and TV fan that’s been working for Screen Rant in various capacities since 2014. In that time, Michael has written over 2000 articles for the site, first working solely as a news writer, then later as a senior writer and associate news editor. Most recently, Michael helped launch Screen Rant’s new horror section, and is now the lead staff writer when it comes to all things frightening. A FL native, Michael is passionate about pop culture, and earned an AS degree in film production in 2012. He also loves both Marvel and DC movies, and wishes every superhero fan could just get along. When not writing, Michael enjoys going to concerts, taking in live professional wrestling, and debating pop culture. A long-term member of the Screen Rant family, Michael looks forward to continuing on creating new content for the site for many more years to come.