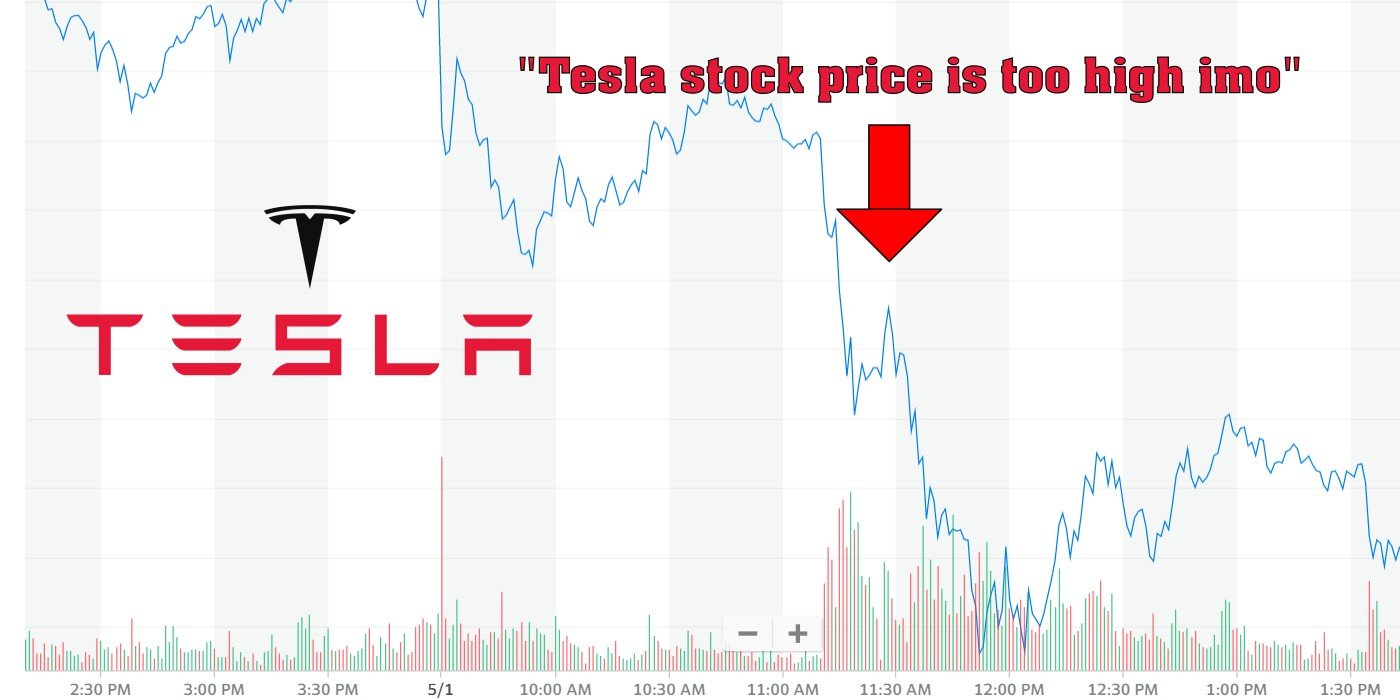 Elon Musk, the head of such companies as Tesla and SpaceX, is Elon Musk-ing again, this time by seemingly intentionally tanking Tesla’s stock price. It’s hard to say if his erratic Twitter behavior is part of a joke of some kind, but honestly, no one knows why Elon Musk does basically anything.

The brilliant engineer has been a consistent part of the news cycle lately due to his unpredictable combination of hot takes on the coronavirus pandemic, and meaningful contributions to help medical professionals. Some weeks, he’s leveraging the engineering capabilities of Tesla’s manufacturing facilities to turn car parts into ventilators. Other weeks, he’s on a tweet rant about how we need to reopen the country because we’ll see “probably close to zero new cases” of the coronavirus by the end of the month. That was about twelve days ago and we still see 20,000 per day, by the way.

Related: Why Does Elon Musk Always Need to Be The Center of Attention During Crises?

This latest example of him being the genius buffoon that he is comes from a Twitter post that simply read “Tesla stock price is too high imo”. Naturally, this led to an abrupt, precipitous decline in Tesla’s stock, infuriating investors of the publicly-traded company. It prompted the immediate selling off of millions of shares. Losing that much over just one unnecessary comment has to be upsetting. As Vox points out, it probably is actually too high, given that it’s up by roughly 70% year-over-year after the drop. Still, it’s hard not to wonder why he would do this.

It’s possible Elon Musk is somehow oblivious to the consequences of his tweets. Perhaps he just forgets to factor these things in. The range of reactions from investors is wild. Some people wonder if he did this as some kind of joke, and if so, what’s to stop him from doing something like this again? Others are concerned that it’s a legitimate message driven by information he has about the status or future of Tesla. People who aren’t concerned about Elon Musk specifically but do have money tied to Tesla stock are worried that these sorts of public messages about the stock could put him in legal trouble, adding even more liability to their investments.

Are you high? The hell is happening with you recently

Judging by his tweets after his comments on Tesla’s stock, Elon doesn’t plan to do things that make sense any time soon. Four minutes later, he posted “Now give people back their FREEDOM”, followed by multiple tweets of the lyrics to The American National Anthem. About a minute before, he posted that he was selling his physical possessions and his home. It’s probably in everyone’s best interest to just stop paying attention to him until news spreads of him doing something helpful again.

Hubert has been a journalist in spirit since age six, and can’t see any good reasons to argue with that, so here we are. He spends most of his days working to leave the world a better place than it was when he showed up and trying to be better at Street Fighter.