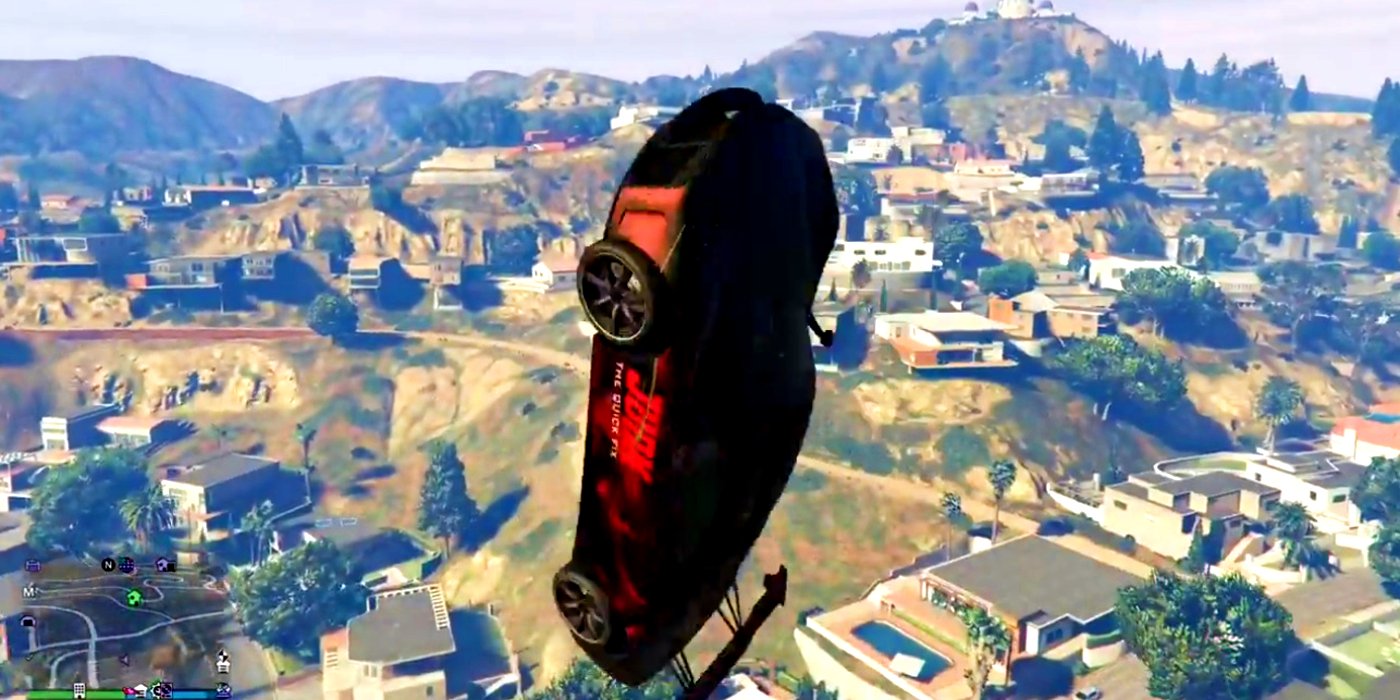 Longtime fans of the Grand Theft Auto series will undoubtedly recognize the latest glitch in GTA Online, as it appears to be the same one from Grand Theft Auto 4’s notorious swing set. Nestled in the middle of Liberty City in Grand Theft Auto IV, one particular playground contained a curiously programmed set of swings which, when a car was positioned on top of them just right, would then immediately send the vehicle flying into the air, spinning and flipping around uncontrollably. This became one of the tricks players showed their friends the most back when GTA IV first released, and was quite well-known in its day.

GTA Online, the multiplayer component of the hugely popular Grand Theft Auto V, has one of the largest player bases around and continues to be financially successful for developer Rockstar Games even though the game is nearing its seventh year on the market. As rumors about a potential announcement of Grand Theft Auto 6 continue to grow, some players are trying to discover any kind of new content in GTA Online they can before the next iteration arrives.

Now, thanks to a new post on Reddit by u/erikag02 (thanks Dexerto) players now have a new trick to keep them entertained in GTA Online, at least for a little while. As shown in the embedded clip below, there is one wall in Los Santos which apparently features the same weird programming as the infamous swings of GTAIV, and by accelerating and wiggling against it players can send themselves hurtling through the air. Check it out:

This GTA Online trick seems to be a little easier to pull off than the one in Grand Theft Auto IV, mostly because trying to angle a vehicle just right on the swings was something which was more art than skill for many players. While such an uncontrollable action isn’t really something which will lead itself to helping Grand Theft Auto skill runs or impressive car trick connoisseurs, it’s still nice to see as a callback to the previous game.

When Grand Theft Auto 6 is finally announced and released, the community of GTA Online will likely be faced with a crisis of conscience. Should they leave the world they’ve spent the last nearly-seven years growing and populating for something new, or stay and continue to enjoy all the custom missions, created gangs, and player-run empires that they have created? If Rockstar Games was smart (which, obviously, they are) they would consider merging the current world of GTA Online into its next iteration in a way similar to how battle royale games like Fortnite and Apex Legends handle Seasons, that way players wouldn’t lose the progress and money they’ve been accumulating all this time. Now that Grand Theft Auto Online players have discovered their own version of GTA IV’s swing set glitch, it would be a shame to have to leave now.