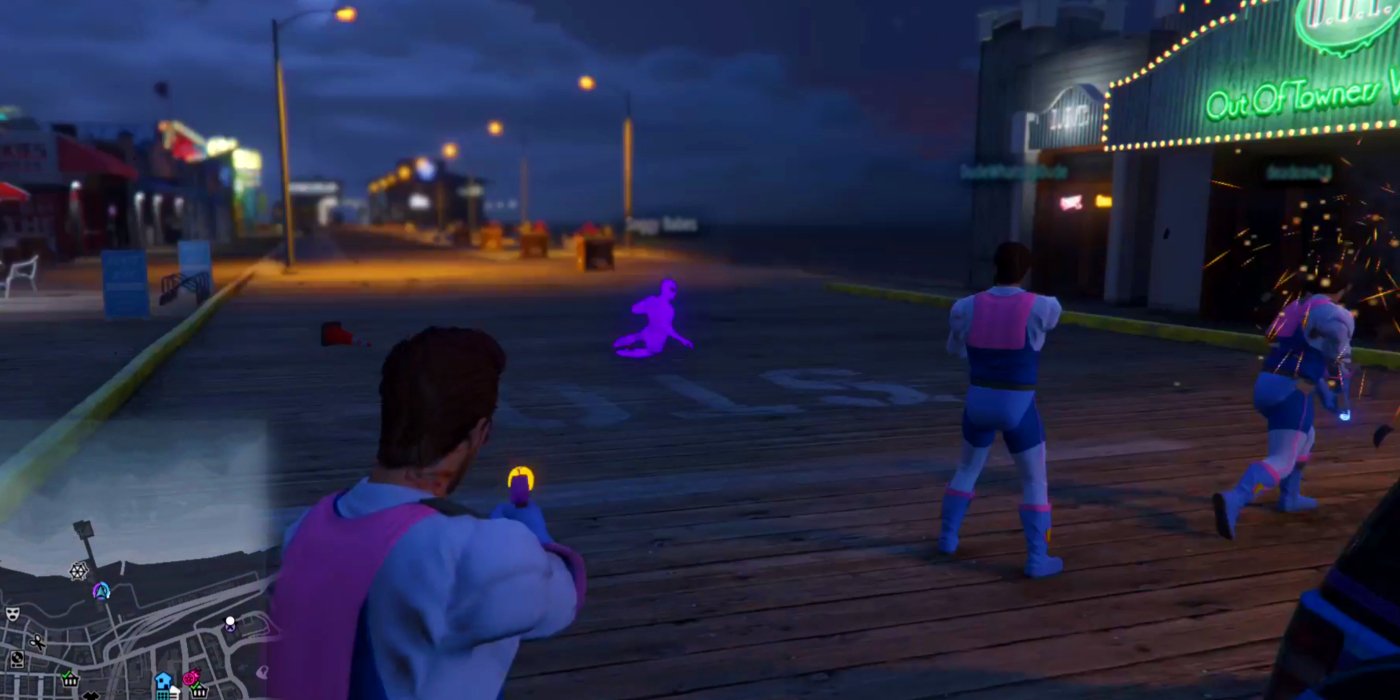 The alien invaders of Grand Theft Auto Online have just made a new enemy in the form of a space-age band of Reddit users calling themselves “Impotent Rage.” Just last week, Rockstar Games’ ever-popular online multiplayer sandbox found itself besieged by a group of multi-colored extraterrestrials looking to cause (even more) havoc among the citizens of Grand Theft Auto V’s Los Santos.

These invaders – who are actually just Grand Theft Auto Online players dressing up in alien costumes and forming alien-themed gangs – strike without warning, causing various crimes and even abducting other players as per the usual sci-fi movie conventions. While these otherworldly troublemakers have become a popular addition to the game’s online community in the short time since they first appeared, it was only a matter of time before a small number of GTA Online’s more human inhabitants banded together to take back their streets from the little green (and sometimes purple) men… and that day is today.

Earlier this morning, Reddit user u/wumziefromtwitch posted a video clip to Grand Theft Auto V’s subreddit of a small gang of players he is a part of called Impotent Rage, named after a parody superhero of GTA V lore. This trio of identical warriors roam the Grand Theft Auto Online game world in a blue and purple van, dressed in matching uniforms of the aforementioned hero and wielding the ever-appropriate-for-the-situation laser guns, and wait for the aliens to come into their path to enact some space-age vigilante justice. When asked why they have decided to do this in the comments of the post, u/wumziefromtwitch replies that they are “just a few bros that have money and time, and [they’re] down to clown on some aliens.” Check out a clip of Impotent Rage dispatching an alien in GTA Online below:

With the recent coronavirus pandemic forcing the majority of the world to stay at home, online communities like the one present in Grand Theft Auto Online have grown increasingly relevant in the past few months, and fun mini-events like the game’s recent alien invasion and Impotent Rage’s response to it add in some much-needed oddball fun in these troubled times. U/wumziefromtwitch says that his group isn’t looking to add any additional members, so players shouldn’t expect the battle between the followers of Impotent Rage and their extraterrestrial enemies to escalate into a full-blown Independence Day-style war for Earth, but their antics should still prove amusing for fans of Grand Theft Auto Online.

Next: GTA 5: Signal Jammers (All Locations & How to Destroy Them)