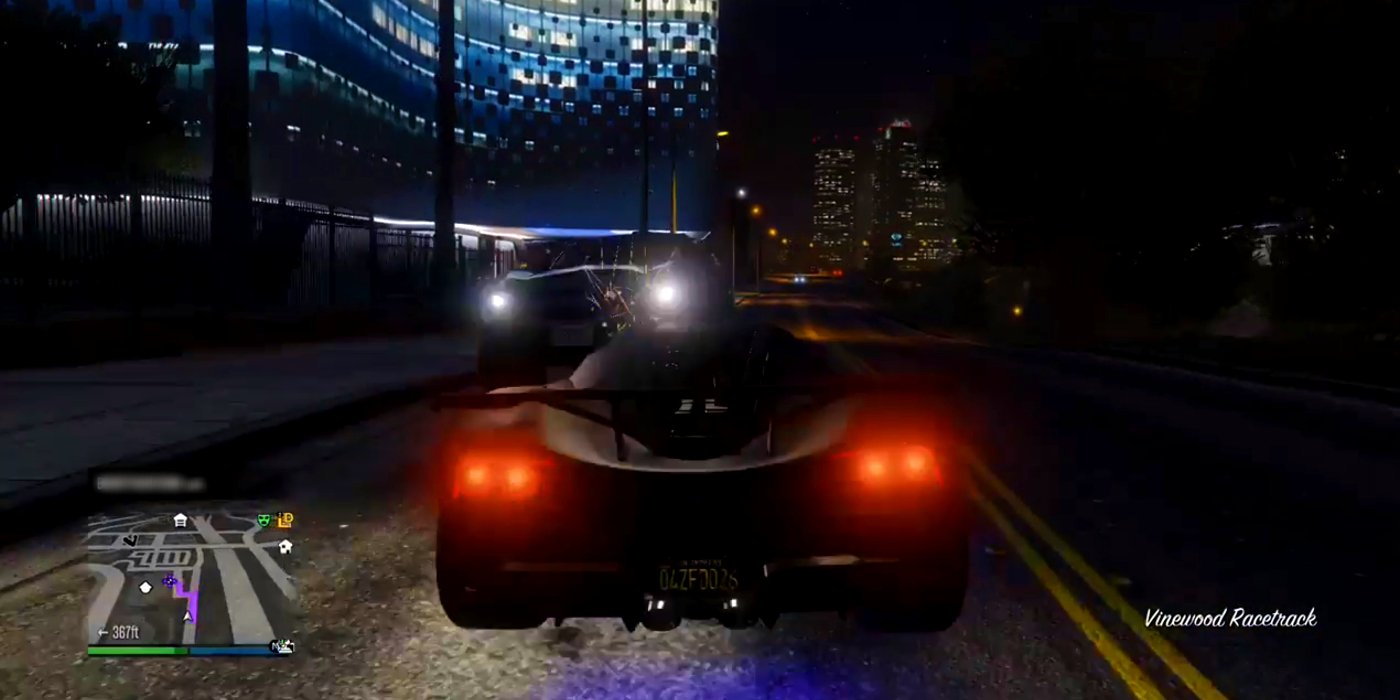 A new glitch in Grand Theft Auto Online has caused a vehicle to completely shatter into dust upon impact. The online multiplayer mode of Grand Theft Auto V is no stranger to weird bugs and glitches, be they of the hilarious variety like the return of Grand Theft Auto IV’s playground launch trick or more nefarious ones like the plethora of tricks and exploits which players utilize to accumulate more money.

In a recent video posted to Reddit by user u/The-CatCrusader, the player is shown driving their Turismo R vehicle next to the Vinewood Racetrack at night when, after switching the camera around to get a good view of their own car in front of the Diamond Casino & Resort, they smash head-on into another vehicle. Instead of the normal bounce/crash response which usually occurs in such a situation, however, the NPC vehicle simply shattered into thin air like so much dust in the wind. Check out the video below:

A number of commenters in the Reddit thread attribute this glitch to online lag issues, with one user also reporting that a similar occurrence also happened to them outside of the Diamond Casino & Resort. While not a detrimental glitch by any means (surely the players is glad their precious Turismo R is unharmed) it’s still jarring to see, especially the way the NPC vehicle simply shatters as if it’s made of glass.

It’s surprising to see Grand Theft Auto Online still retain such a large player base after being on the market for so long, and it speaks to the way Rockstar crafts their worlds and experiences that players are still finding ways to enjoy themselves even so long after the game’s initial release. When Grand Theft Auto 6 finally gets announced and then subsequently releases, hopefully all of those players will enjoy whatever next-gen version of Grand Theft Auto Online Rockstar has in store for them just as much as this one.

Next: Why GTA 6 Should Bring Back San Andreas’ Side Missions