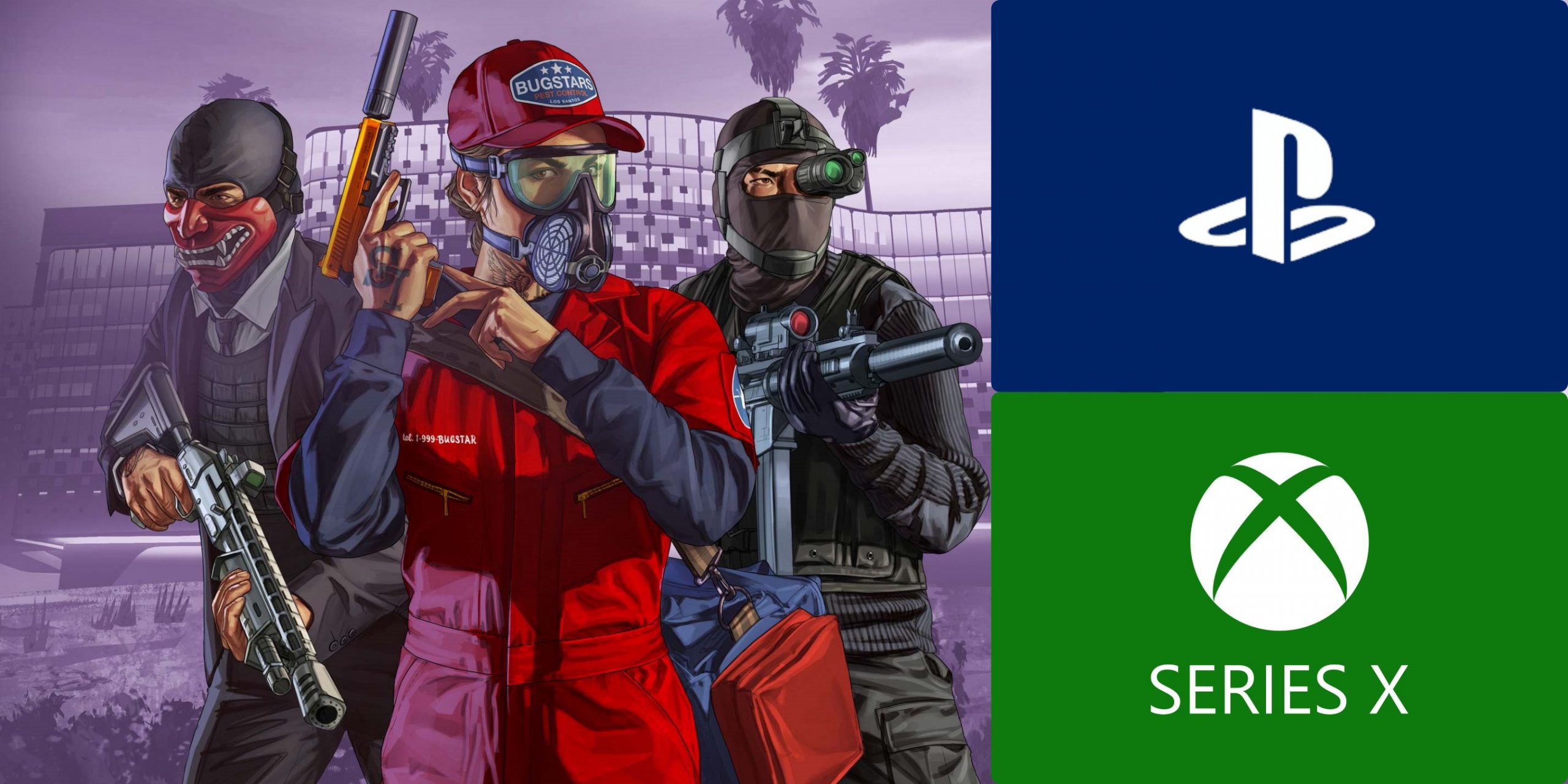 Rockstar’s GTA Online is begging for an upgraded version on PlayStation 5 and Xbox Series X. The two upcoming consoles, releasing this holiday season, are promising upgraded hardware and specs that will vastly improve this generation’s gameplay experience. GTA Online needs to be revamped in order to retain its player base and stay viable on the new PS5 and Xbox Series X consoles.

Rockstar released GTA Online as an online companion to its Grand Theft Auto V game in 2013. Despite initial network issues, the game became a huge success and continues to be popular with GTA players. In the 7 years since its launch, GTA Online has been the only source of new GTA content for fans, and deserves to get an upgrade once the PS5 and Xbox Series X are released.

Related: How Much the Xbox Series X Could Cost

Both the PlayStation 5 and Xbox Series X consoles are going to have major upgrades in terms of hardware. Unofficial reports have revealed RAM upgrades and an SSD replacing the traditional hard drive storage in the PlayStation 5. Microsoft has released the official specs for their Xbox Series X, boasting an all-new CPU and GPU, as well as the switch to an SSD. There will be noticeable graphic performance enhancements, as well as increased gameplay responsiveness. GTA Online should take advantage of these upgrades. All of these improvements will allow the consoles to run games better and faster. By enhancing the game’s graphics and using the new hardware to its full potential, Rockstar will ensure that new and old players alike will continue to use and enjoy GTA Online.

The Next Generation Will Bring More GTA Online Players

Microsoft will likely be adding a second, lower-cost Series X option specializing in online game streaming. This, along with its Project xCloud service, will place higher importance on online gaming capabilities. These improvements will encourage more online gaming, and bring more players on to GTA Online. There will need to be improvements on Rockstar’s end to prepare for the influx of new players as well as match the higher level of online gameplay that will be available on the new consoles.

When GTA Online debuted, there was an impressive amount of initial users, and it continues to grow. Its most recent event, the Diamond Casino and Resort update, brought in a record number of players. Rockstar’s main focus should be to continue this trend. The rumors regarding the release of Grand Theft Auto 6 will certainly help with this. A new title, plus new consoles, means new players experiencing the GTA games and GTA Online for the first time. Rockstar needs to deliver more than adequate gameplay performance in order to hook new players and get them to keep coming back to the games.

The upcoming hardware improvements will naturally cause players to expect the same improvements in the games they purchase. Games are made to work well and look good on the consoles they’re played on. GTA Online and GTA V were originally released in conjunction with the PlayStation 4 and Xbox One, and therefore were made for those consoles and the specifications and hardware available at the time. Now that the PlayStation 5 and Xbox Series X are promising better graphics, faster load times, and more advanced online game playing capabilities, GTA Online requires its own improvements in order to be enjoyable on the new consoles. It has to look and feel its best in order to gather interest from players looking to get the full benefit from their upgraded consoles.

NEXT: What Grand Theft Auto’s Writer Leaving Means for GTA 6