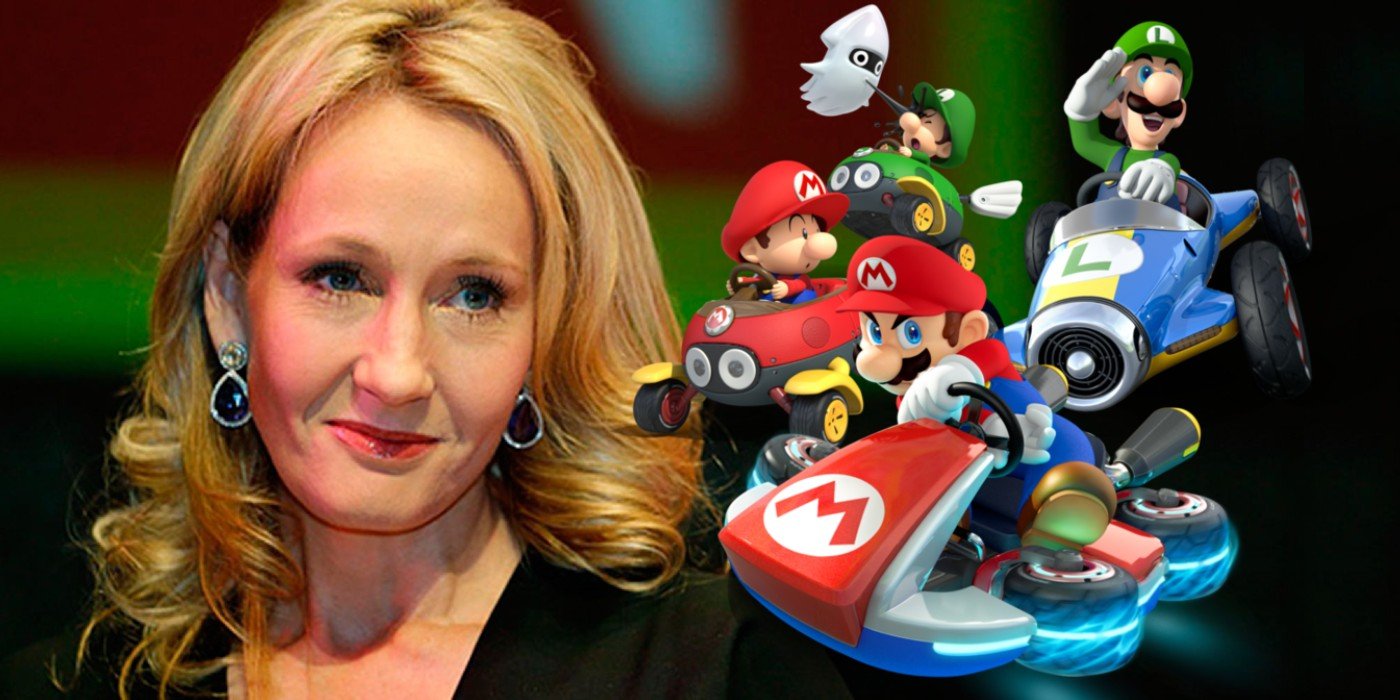 Legendary Harry Potter creator J.K. Rowling revealed her favorite go-to Mario Kart character. The author engaged in a Twitter Q&A session in an attempt to motivate her fans to stay home in the midst of the coronavirus crisis. Although participating in something as simple as a Twitter Q&A session may seem simple to some, J.K. Rowling is one of the many celebrities doing their part to encourage her social media followers to stay at home. Rowling’s time on Twitter hasn’t always yielded the most positive responses (she was once criticized for tweeting out support for a transphobic woman.) However, this current Q&A had the author in fine social media form.

Fans were happy to see Rowling return to Twitter in by answering random questions with even more amusing responses. Twitter user @_MsNava mentioned to Rowling that she was using the author as an example for a sample project for her students and wondered if Rowling would be able to oblige some fun facts about herself. Rowling happily responded in her usual quirky manner and gave answers to all her questions, including the reveal that her go-to Mario Kart character is Yoshi. It seems Yoshi is a popular character, even among iconic bestselling authors. Check out the cheeky response below.

Ummm…. my favourite colour is pink. I always play as Yoshi on MarioKart. I’ve just started re-reading Catch-22, which I first read aged 22. I got a tattoo last year (but not a Harry Potter tattoo. That would be ridiculous.) https://t.co/pJwk9KL76O

Not only did Rowling reveal her Mario Kart character preference, but she also tweeted out support for Potterheads in Brazil and Italy. A Lord Voldemort fan account even tweeted at Rowling to stay safe, and Rowling jokingly replied, “You too.” Social media has played a positive role in the battle to keep citizens worldwide at home in an effort to combat the coronavirus. With everything entertainment wise still shut down, from movie theaters to even Disneyland, fans have sought the welcome embrace of celebrity Q&A’s, streaming services, and of course, rereading old favorites like the Harry Potter series and watching the films. As J.K. Rowling comfortingly told another fan, “Hogwarts will always be there to welcome you home.” As the pandemic continues, home remains a haven for many.

Next: Every Harry Potter Character Who Can Still Appear In Fantastic Beasts Movies