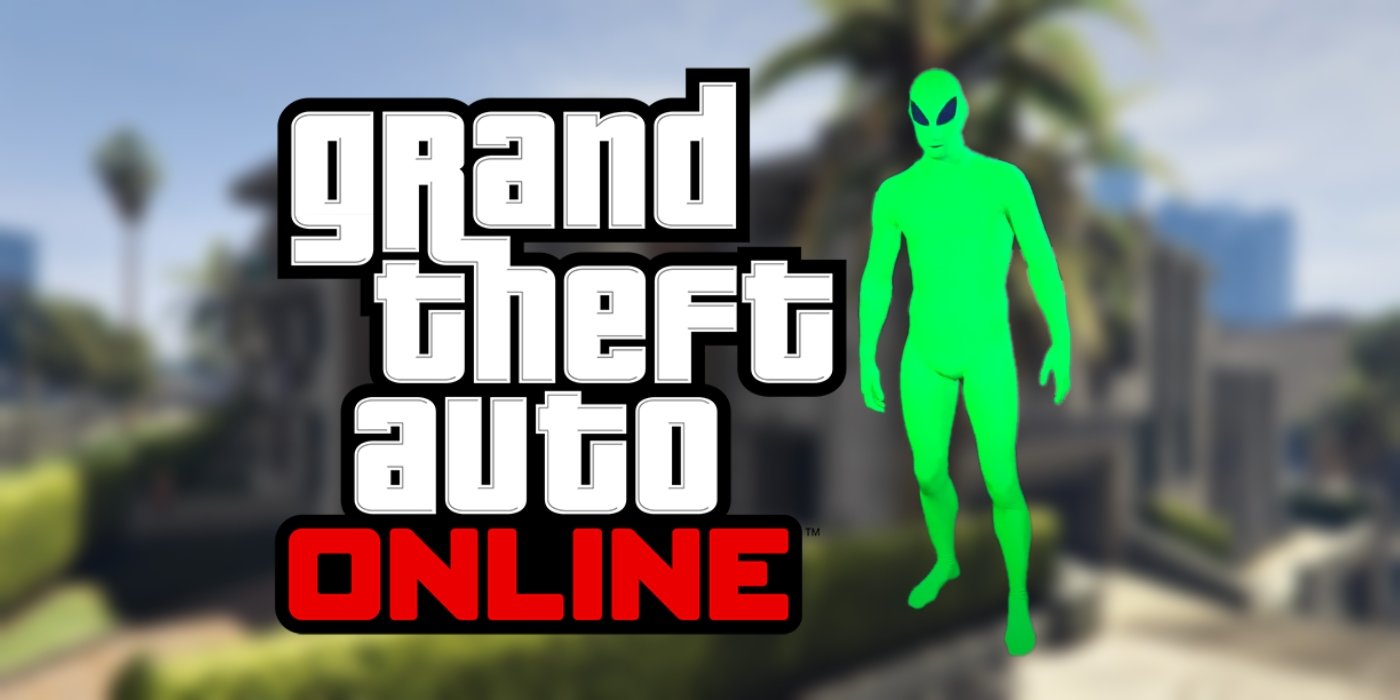 The Grand Theft Auto Online community has embraced a bizarre trend of ganging up on random players in green alien suits, lending a certain humor and artistry to the usual player-griefing. Players hoping to join one of GTA Online’s so-called “alien gangs” first need to find the all-important alien costume’s location.

GTA Online players are accustomed to making their own fun. The prominence of GTA Online roleyplaying has helped keep the Grand Theft Auto 5 multiplayer mode relevant since 2013, giving fans plenty of interesting content to watch on Twitch. But sometimes, players keep themselves entertained by getting up to more ridiculous shenanigans. The recent GTA Online “alien gang invasion” has led to a subreddit full of bright green aliens beating players with baseball bats, starting fights with groups of other aliens, and more.

The trend appears to have started with a post from Reddit user StraightWhiteMale02 about two weeks ago, and it has since exploded into a frenzy of costume-clad crimes. Despite a small resistance force in the form of the r/GTAOnlineAlienHunters subreddit, the alien gangs only appear to be growing. There’s even an “Intergalactics Inc.” GTA Online Crew for organizing meet-ups and beat-downs, enabling the random alien encounters to become organized. Luckily for players interested in joining, the only requirement appears to be having just the right outfit.

GTA Online: How To Get The Alien Costume

GTA Online’s green alien costume, officially called the Green Martian Bodysuit, can be bought at any clothing store, or at the clothing wall on the right side of any Ammu-Nation gun shop. To find it, players need to navigate to the “Outfits” section, select “Outfits: Arena War,” and then select “Bodysuits.” There, they’ll find the Green Martian Bodysuit, plus a Purple variant. Each can be unlocked for purchase via the GTA Online Arena War Career, or bought for the expensive price of $358,000 or $330,000, respectively.

That’s quite a bit of money, so players may want to follow Screen Rant’s GTA Online money-making tips in order to earn enough cash to afford the look. Alternatively, GTA Online players can receive $500,000 free for playing in April. If players haven’t logged in or haven’t already spent that cash, it’s a guaranteed ticket into the alien gang movement. Once players are suited up, they can look on Reddit’s r/gtaonlinecrews or r/gtafriends to find like-minded aliens to terrorize Los Santos.

Next: GTA Online’s New Missions Bring Back A Familiar Face