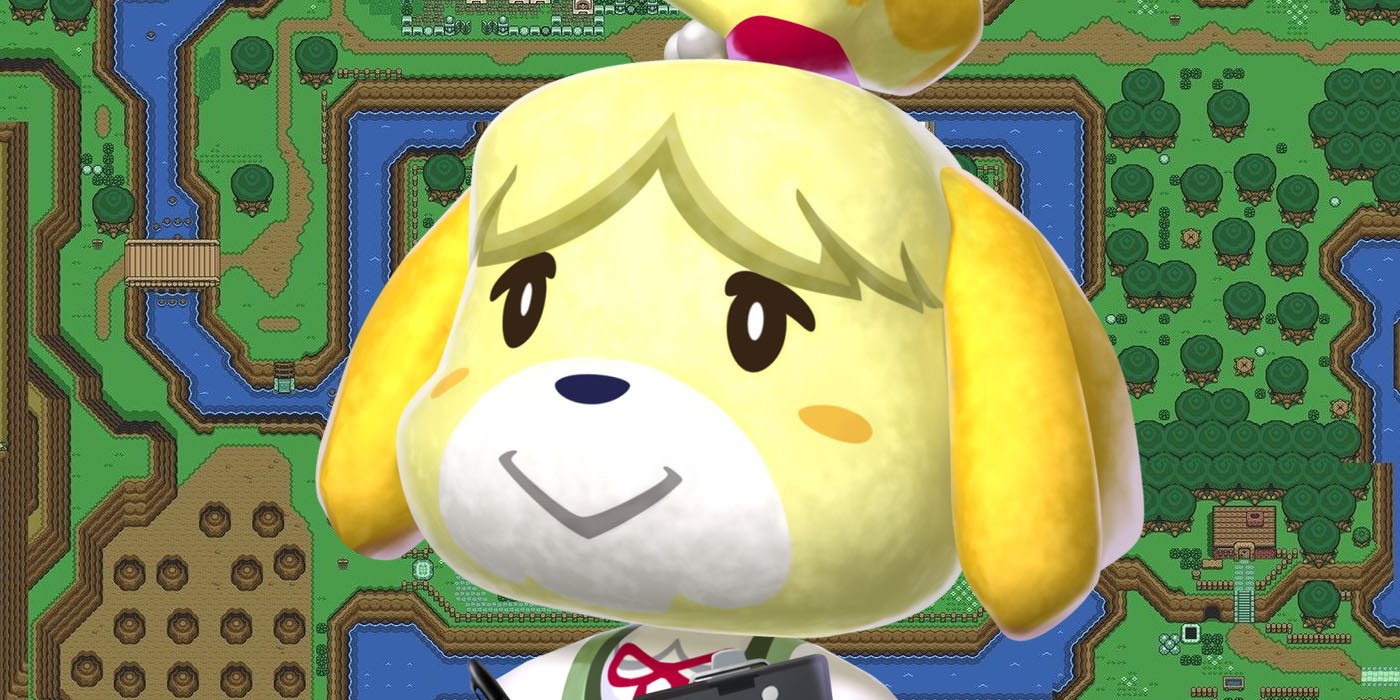 One Reddit user has remade the world of Hyrule from The Legend of Zelda: A Link To Past using Animal Crossing: New Horizons’ island customization tools. Thanks to the hit Nintendo town-life simulator’s deep personalization options, fans all around the world are showing off their skills in the form of various in-game tributes to other franchises, Zelda included.

Animal Crossing: New Horizons has seen its fair share of crossovers over the past couple of months, both in-game and out. Artwork mixing New Horizons with the simultaneously-released Doom: Eternal has taken the internet by storm despite (or perhaps because of) the two titles’ vastly different tones and settings, and one fan has even managed to make custom in-game shirts based on the various costumes of the Power Rangers franchise. However, one fan chose to stick to the realm of Nintendo titles for their masterpiece, in this instance the iconic dungeon-crawling Legend of Zelda series.

Reddit user VaynMaanen spent four long days meticulously recreating the world of Hyrule from The Legend of Zelda: A Link To The Past in Animal Crossing New Horizons, terraforming the game’s island into a close approximation of the layout from the 1992 Super Nintendo classic before posting their work to the Animal Crossing subreddit yesterday. Details such as the small village in the west, the mountain region to the north, and even the river patterns throughout the land are portrayed quite faithfully, although as some commentators point out in the post it isn’t a completely accurate translation. You can check out VaynMaanen’s post below:

Despite lingering controversy over the game’s multiplayer elements, Animal Crossing: New Horizons has proven to be a success with Nintendo Switch players, managing to outsell both Super Smash Bros. Ultimate and Pokemon Sword & Shield within its first week in Japan. Many have praised the game’s breezy, lighthearted tone as being the perfect escape for the world’s recent coronavirus-related troubles, and the ability to shape the world of Animal Crossing: New Horizons as players see fit appears to be a big part of that appeal.

This includes VaynMaanen’s Legend of Zelda layout, which is impressive in the level of detail it displays. It speaks to their love of both Zelda and Animal Crossing, as well as just how in-depth New Horizons’ tools for shaping the game’s peaceful island setting are. Of course, the next step is to use Animal Crossing: New Horizons’ clothing customization options to whip up a nice green cap and tunic for questing in this homemade, talking animal-filled version of Hyrule.

More: Animal Crossing New Horizons: How to get Cherry Blossom Petals (& What They Do)