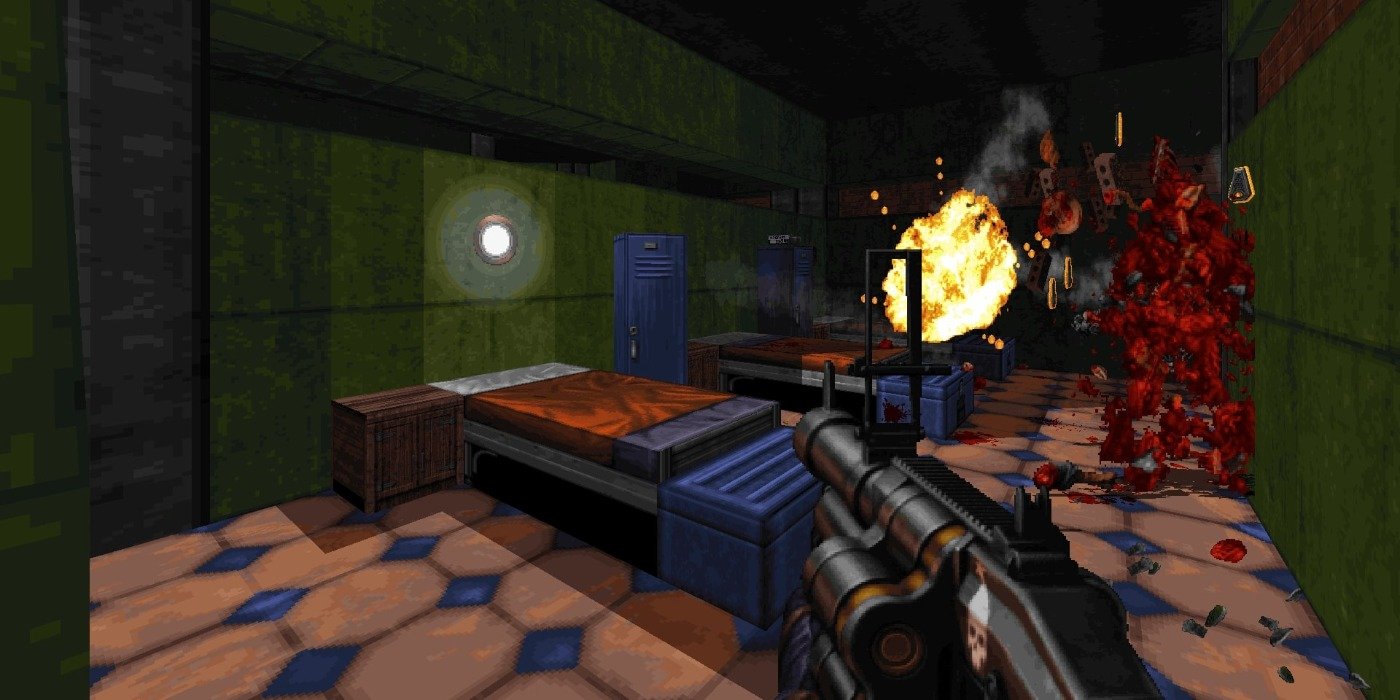 Popular retro FPS title Ion Fury tapped into the old-school charm of Duke Nukem-inspired gameplay and graphics, and is now bringing its brand of classic gameplay to consoles. Released in August 2019, Ion Fury was met with rave reviews and was praised for its adherence to a modern-day interpretation of the 1990s-style FPS genre.

At launch, Ion Fury was a PC exclusive, but players were expecting the game to migrate to home consoles sooner or later. The game is built on the ancient Build engine, which was cutting-edge in the mid-1990s, but shouldn’t be particularly stressful on modern machines. Now, after a couple of unfortunate controversies involving the band Iron Maiden and an uncool message left hidden within the levels, the game formerly known as Ion Maiden is coming to Nintendo Switch, PlayStation 4, and Xbox One.

In a new trailer touting the game’s numerous accolades, developer Voidpoint and publisher 3D Realms announced that Ion Fury is coming to consoles in a staggered release pattern. Digital versions of the game can be purchased and downloaded on May 14, while a limited edition physical version will release on June 26.

While more video games are being purchased digitally, many players still have a strong desire for physical media. For Ion Fury, the limited quantities of physical editions is something that will likely make them collector’s items, especially since retro and nostalgia-based gameplay often targets demographics heavy with collector mindsets already. Consoles are often a strong home for this kind of gameplay, too, with Doom even coming to Switch thanks to the portability of retro-style shooters.

Retro shooters are hot right now. After years of dealing with regenerating health, cover-based mechanics, and realistic weaponry, audiences are ready for a return to the old-timey nature of games like Duke Nukem 3D and Doom, with their huge guns, silly humor, buckets of gore, and dedication to non-stop wall-to-wall action. One of the biggest games of April was Doom Eternal, a game similar in its themes to Ion Fury, though Doom Eternal eschews the retro graphicsfor a more cutting-edge 3D aesthetic. In fact, the other biggest games of the month are also retro-themed, if not in the same way as Doom and Ion Fury; Resident Evil 3 and Final Fantasy VII are both remakes of classic PlayStation titles from the late 1990s, updated with modern visuals and completely rebooted gameplay systems.