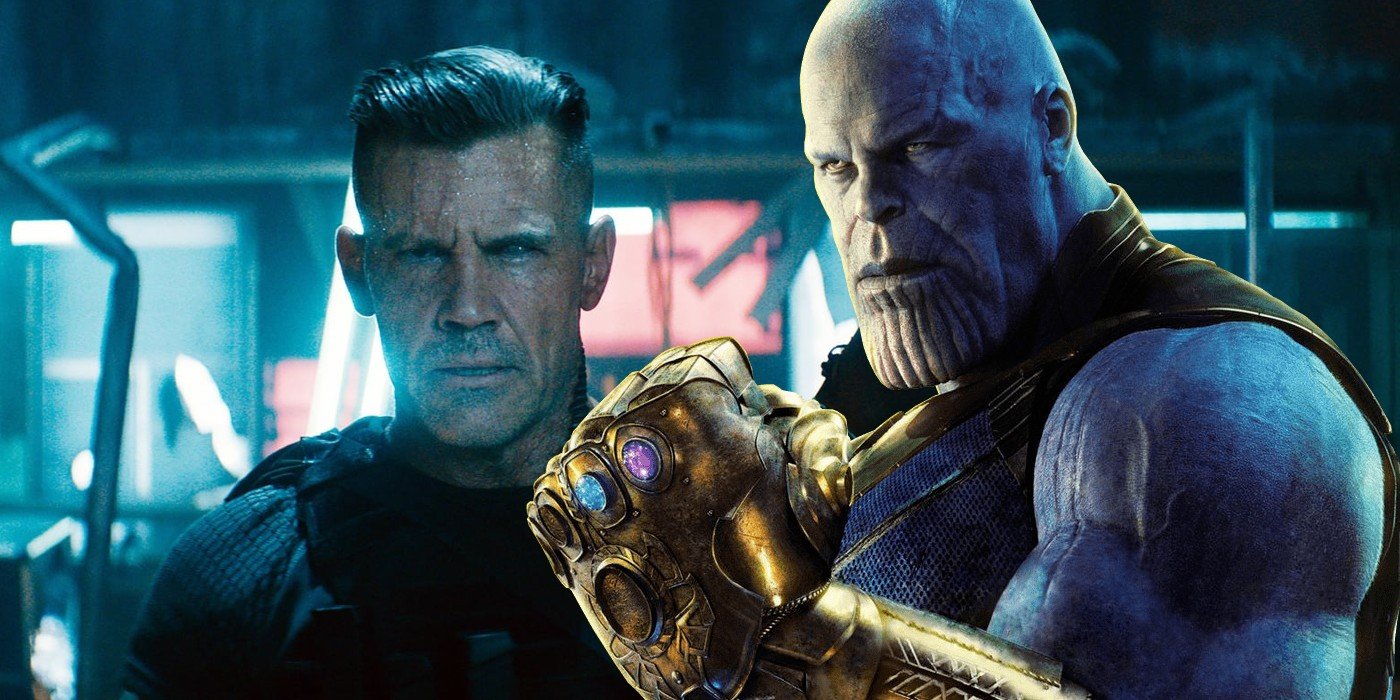 Deadpool creator Rob Liefeld says Josh Brolin wants to keep playing Cable in the MCU in spite of his role as Thanos. In the wake of Disney finalizing its purchase of Fox last year, fans have been understandably eager for updates on how the Mouse House and Marvel Studios intend to about incorporating Fox’s X-Men and Fantastic Four into the MCU. And while the general expectation is they’ll both end up being completely rebooted, Marvel head honcho Kevin Feige has also made it clear the studios have no intention of messing with the clearly-successful formula of the Deadpool series.

Though the obvious next move would be to simply make the Deadpool films (including the actively-developing Deadpool 3) part of the MCU, there are a couple of roadblocks in the way. The biggest one is the rating; Deadpool 1 & 2 were agressively R-rated, whereas the MCU has kept things strictly PG-13 so far. Another, albeit lesser issue, is Brolin, who only just wrapped his run as Thanos with Avengers: Endgame, but also played the grumpy time-traveler Cable in Deadpool 2. However, if Brolin has his way, nothing will change going forward.

Related: How Deadpool 3 Could Be Rated R Under Disney, According to Writer Rhett Reese

Speaking to ComicBook.com, Liefeld said Brolin “wants to be Cable again sooner than later” and is “itching” to go back to the role in Deadpool 3. That said, the actor told Liefeld “he understands how beloved his role as Thanos is, but he doesn’t look completely like Josh Brolin”, and he hopes to keep playing the Deadpool character in the MCU:

“These are Josh Brolin’s own words telling me, Rob Liefeld. He told me, ‘Rob when I appeared as Cable in Deadpool 2, my phones rang off the hook.’ It changed everything for him and obviously Josh is gonna get some career lifetime achievement award at some point. The guy is just one of our greatest actors.”

Brolin portraying both Thanos and Cable in the MCU would be a first for the franchise. Other actors have tackled different roles in Marvel TV shows and MCU movies and will continue to do so moving forward (see also: Mahershala Ali being cast as Blade after playing the villain Cottonmouth in Netflix’s Luke Cage series), but there’s never been one who played two major MCU film characters the way Brolin potentially could. Fortunately, it shouldn’t present any logistical issues, seeing as Thanos was permanently “dusted” in Endgame and isn’t expected to return in Phase 4 or beyond. If anything, it will probably result in Deadpool making even more fourth wall-knocking jokes about Brolin’s dual Marvel roles (much like he did before back in Deadpool 2).

With Brolin likely staying put in the role of Cable, the bigger question is where Marvel will push to make Deadpool 3 PG-13 so it can be woven into the MCU, or keep it rated R and release it under the newly-created 20th Century Studios banner instead. Many fans would probably prefer the latter anyway, which would prevent Brolin’s casting from even being a potential problem to begin with. Either way, for now it seems safe to assume Brolin will get his wish and continue to play in the Marvel movie sandbox, even with the MCU’s Infnity Saga over and done with.

NEXT: Deadpool Takes Shot at Ryan Reynolds’ OTHER Marvel Role