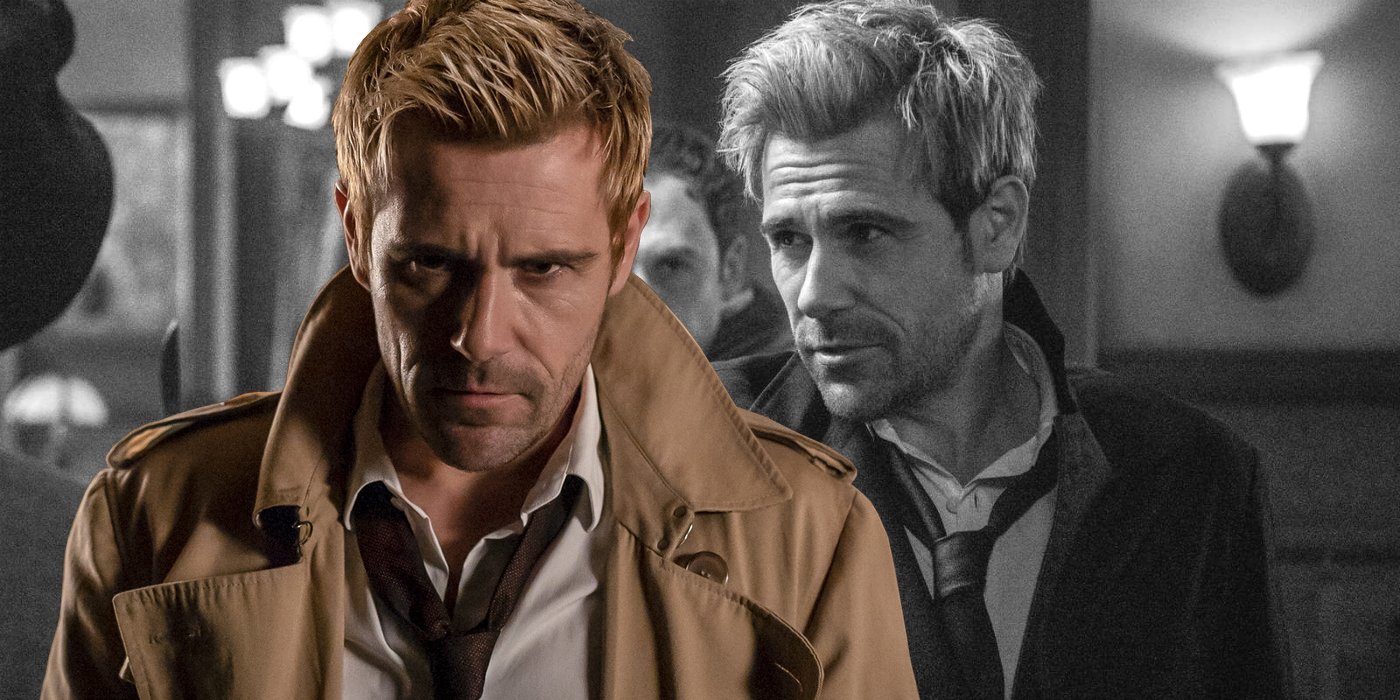 Episode 10 of DC’s Legends of Tomorrow season 5 contained a savvy observation about John Constantine (Matt Ryan): He wears the same clothes – his “costume” – every day. Not only that, but he’s also the only member of the Legends who consistently wears what constitutes as his costume, while the rest of the superheroes aboard the Waverider have all but abandoned theirs.

After his NBC series was canceled in 2015, John Constantine made the miraculous leap into the Arrowverse. After a couple of guest spots on Arrow. the trenchcoat-wearing mage was seamlessly integrated into Legends of Tomorrow. He joined the Legends at the end of season 3 and became the flashpoint for the series’ renewed focus on chasing down magical beings throughout history – which turned out to be a smashing formula that has helped Legends of Tomorrow maintain its edge as the Arrowverse’s weirdest, most unpredictable, and most consistently entertaining series. Constantine would be the first to remind people that he isn’t a superhero, but, like a superhero, he dons the exact same clothes every day. John’s signature look – white button-down shirt, black trousers, consciously-loosened necktie, beige trenchcoat with the collar turned up to be “cool”, and ever-present cigarettes – is as much of a costume as any crimefighter’s colorful spandex outfit.

Related: Legends of Tomorrow Reveals What Happened To Pre-Crisis Zari

In Legends of Tomorrow season 5, episode 10, “The Great British Fake Off“, Zari (Tala Ashe) called out John Constantine on his never-changing daily ensemble when they found themselves chasing after the third ring of the Loom of Fate in the 1920s. Zari hasn’t been terribly impressed with Constantine’s mystic prowess overall and she cut him with the barb, “What exactly do you do besides wear the same outfit every day and screw up spells?” Constantine’s retort, “I banish demons, slain dragons, I’ve walked through the fires of Hell, I’m a sneaky bastard, and I’m the greatest sorcerer that ever lived” didn’t impress Zari, nor did it explain the lack of variety in John’s wardrobe. It’s especially noticeable to Zari since the current 2.0 version of her is a world-famous social media influencer and fashionista.

Meanwhile, the rest of the Legends of Tomorrow have all but abandoned wearing their costumes. Sara Lance (Caity Lotz) donned her White Canary gear during Crisis On Infinite Earths, but the Legends almost always cosplay in historical costumes during their missions rather than wear their colorful heroic uniforms. One of the last times the Legends actually wore their costumes was during “Hey World!”, the Legends of Tomorrow season 4 finale, when they put on a superhero stage show at the magical theme park. Ray Palmer (Brandon Routh) is now gone from the series; he was the one Legend who regularly utilized his Atom suit, and rarely does Nate Heywood (Nick Zano) wear his Steel costume. The Legends prefer to wear their regular clothes every day, which makes John Constantine never changing his outfit stand out even more.

When he joined the Waverider’s crew, Constantine swore he wouldn’t wear a costume, but the truth is John is actually the only Legend who does wear a costume all the time. John’s trademark wardrobe is as identifiable as Green Arrow’s (Stephen Amell) hood, the Flash’s (Grant Gustin) red unitard, and Supergirl’s (Melissa Benoist) abandoned red skirt. What’s more, Constantine has also cosplayed, despite his reservations: He dressed as a camp counselor in “Wet Hot American Bummer” and he donned era-appropriate clothes when he and the Legends met William Shakespeare in “Romeo V Juliet: Dawn of Justness”. But Zari is right that he wears the same clothes every day. In future episodes of Legends of Tomorrow, John Constantine could stand to vary up his look a little and everyone would still recognize him as the world’s most dangerous sorcerer who somewhat resembles Sting.

Next: Legends of Tomorrow Kills Off Behrad: What This Means For Season 5

DC’s Legends of Tomorrow airs Tuesdays @ 9pm on The CW.

John has been writing about what he likes – movies, TV, comics, etc. – for over a decade. He’s worked in movies and rubbed shoulders with big names but somehow forgot to ask for money a lot of the time – hence, he is happy to be with Screen Rant. John can be found @BackoftheHead, counts a Black Canary and an Agent of S.H.I.E.L.D. among his friends, believes (correctly) that Superman is stronger than the Hulk, and he is a friend to all talking gorillas.