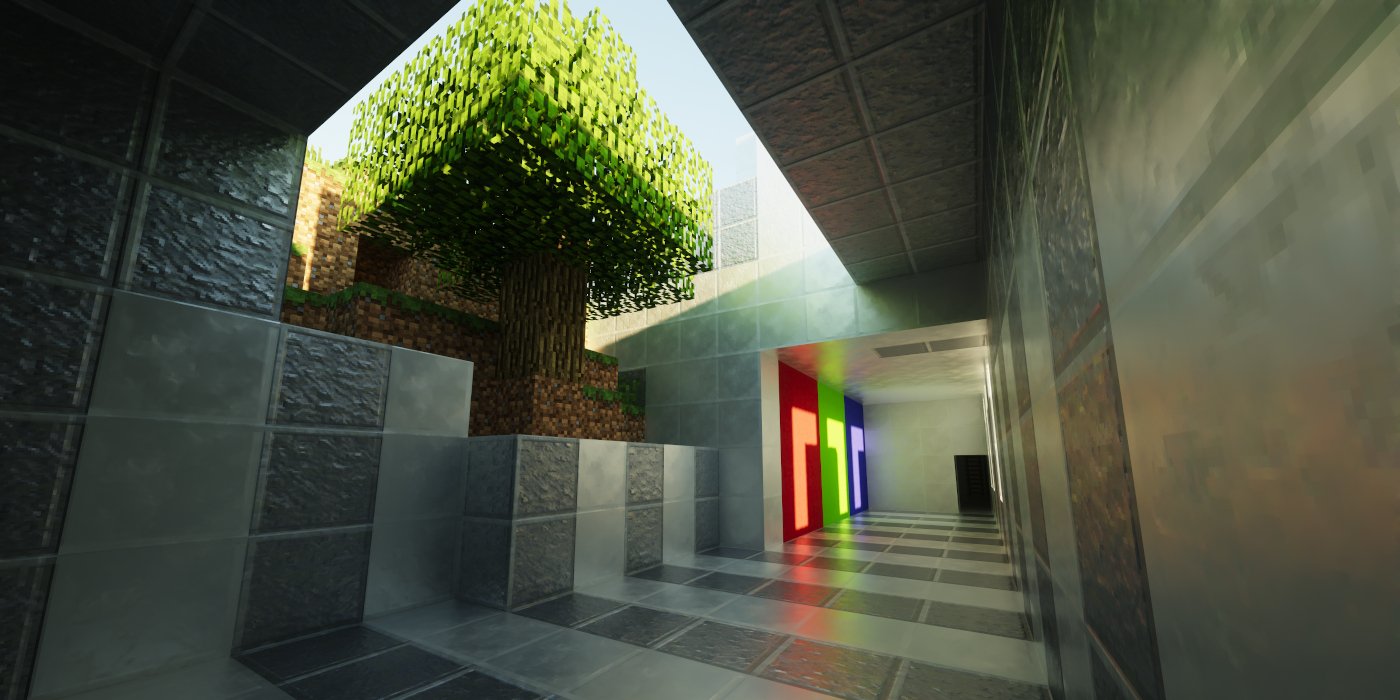 Taking full advantage of the Xbox Series X‘s exciting ray tracing capabilities, Minecraft looks absolutely amazing on the upcoming next-gen console. The robust lighting and shadow effects transform even Minecraft‘s blocky, low-texture world into a feast for the eyes, so it can only be imagined how great more graphically intensive titles might look when the Xbox Series X hits store shelves.

Minecraft has long served as a proving ground for some of the brightest and most artistic innovators, allowing skilled players to create anything from complex clocks and calculators to breathtaking marvels of architecture. While those feats of in-game ingenuity are player-generated, the game has also become a proving ground for new developer technologies due to its low graphical demand and bustling modding community. The most well-known and titillating subject among experimental Minecraft mods is ray tracing, a cutting edge rendering process that the Xbox Series X was recently confirmed to be capable of after Microsoft revealed the console’s impressive specs.

Showing that Xbox Series X ray tracing goes far beyond the visual overhauls offered by Minecraft shader packs, tech YouTuber Austin Evans shared an extensive hands-on look at a pre-release build of the next-gen machine. His footage of current-gen titles like Gears 5, Forza Motorsport 7, and Minecraft demonstrates the huge leap in realism ray tracing will provide, and his Minecraft comparison clips are by far the most convincing. With the toggle of a setting, the familiar flat, low-resolution sights for which the game is known instantly turned into atmospheric vistas bathed in light rays, reflections, and deep shadows. Those who haven’t witnessed what a stark difference ray tracing makes can skip to around the 3-minute mark in the video below, as it’s something that really has to be seen to understand what one’s missing.

Clearly, ray tracing is no gimmick, and it’s exhilarating to know that this jaw-dropping technology is already making its way into the console market after only recently hitting high-powered PCs. (It’s still unconfirmed, but it’s rumored that the similarly powered PS5 will also be packing ray tracing capabilities.) As for what ray tracing actually is, it’s a highly GPU-intensive rendering process that takes simple lighting to the next level by applying direction, reflections, and, in some cases, even refraction to light sources and the objects that light rays touch. Although this tech seems most alluring for more photorealistic games, there’s a strong possibility that ray tracing coupled with 4K graphics and 60 FPS frame rates will result in performance bottlenecks and visual downgrades as developers try their hand at mastering it.

As long as the wait may currently feel, it’ll be no time until players get to experience Minecraft like never before with ray tracing enabled when the Xbox Series X tentatively launches this holiday season. There’s no guarantee that the budding technology will look quite as astonishing in more visually stylized titles, but that can’t put a damper on the exciting prospects of ray tracing-enabled gaming finally reaching consoles.