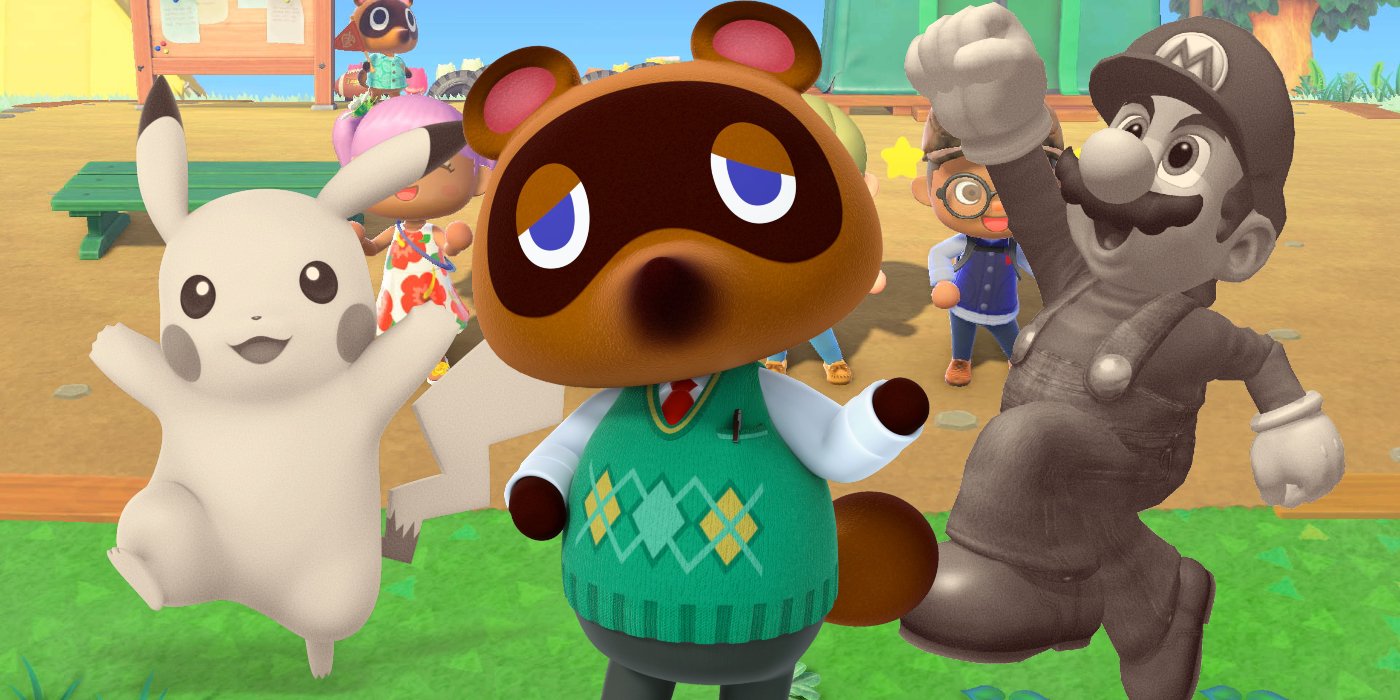 The release of Animal Crossing: New Horizons has far surpassed anyone’s expectations for the title, as new data on its first week of sales indicates that the game has beaten both Super Smash Bros. Ultimate and Pokemon Sword & Shield in Japanese first week sales by a significant margin. Previously, the best selling Nintendo Switch game in its first week had been the combination of Pokemon Sword & Shield, which hit roughly 1.35 million units moved in Japan and quickly became the current generation console’s best performer in early sales.

The launch of Animal Crossing: New Horizons has been one colored by a dedicated fan base that generated a huge amount of hype for the title before it released, inevitably helping move units as more people began discussing the game and its colorful cast of characters prior to March 20. When the game finally did release – the first new title for the series in quite some time, not counting the mobile Animal Crossing: Pocket Camp – Animal Crossing: New Horizons reviewed incredibly well among critics and fans, pushing even more people to try out the unique, genre-bending experience. Now, it’s been basically all anyone has talked about on gaming social media, with even the release of Half-Life: Alyx dulled somewhat by the fervor surrounding paying off debts to Tom Nook and creating the best islands possible.

As it turns out, the feeling that Animal Crossing: New Horizons has been ubiquitous around the globe is one that is likely founded on some truth, as emerging data has indicated the game will be the best-selling Nintendo Switch game of all-time – at least when it comes to its first week of sales, anyways. While Nintendo hasn’t released official data itself, news from Famitsu has indicated that Animal Crossing: New Horizons has moved an incredible 1.8m physical units in Japan alone, making it the best first week for a Switch game ever. That beats Pokemon Sword & Shield‘s previous best of 1.364 million and Super Smash Bros. Ultimate‘s 1.238 million, and has incidentally increased Switch sales immensely as well, helping move close to 400,000 units in the same week as Animal Crossing: New Horizons‘ first availability window.

Switch has sold 392.576 systems during that time frame, best week for the systemhttps://t.co/BpteWk03jw pic.twitter.com/aW9opPJVpN

It’s rarefied air for Animal Crossing: New Horizons sales, then, as the title has far outstripped expectations for what some analysts believed to be a niche AAA offering that threatened to make Nintendo’s 2020 a little slower than its previous years. That couldn’t have been less accurate, at least in the early going, though it’s interesting to consider just how much the coronavirus outbreak influenced Animal Crossing: New Horizons‘ sales performance. Obviously, the game is incredible in its own right, with a slew of perfect scores and high praise even from those who didn’t feel it was perfect – including Screen Rant’s own Animal Crossing: New Horizons review. Still, with so many people at home and looking for a cheery escape from a bleak news cycle surrounding the pandemic, it’s possible Animal Crossing: New Horizons came at the best time possible for both the title’s own success and for the millions of people who needed it for stress relief.

Either way, Animal Crossing: New Horizons sales have been incredible thus far, and it’s possible that word of mouth and increased visibility from reports like this one could inflate those numbers even more. It’s also another addition into the long line of Nintendo Switch exclusives that make the console a must-own based on its mind-boggling library alone. With both PS5 and Xbox Series X on the horizon, it’s easy to overlook the Nintendo Switch – but to do so would be a mistake, especially for its competitors.

Next: Theory: Animal Crossing Is Set On Post-Apocalypse Earth (& New Horizons Proves It)