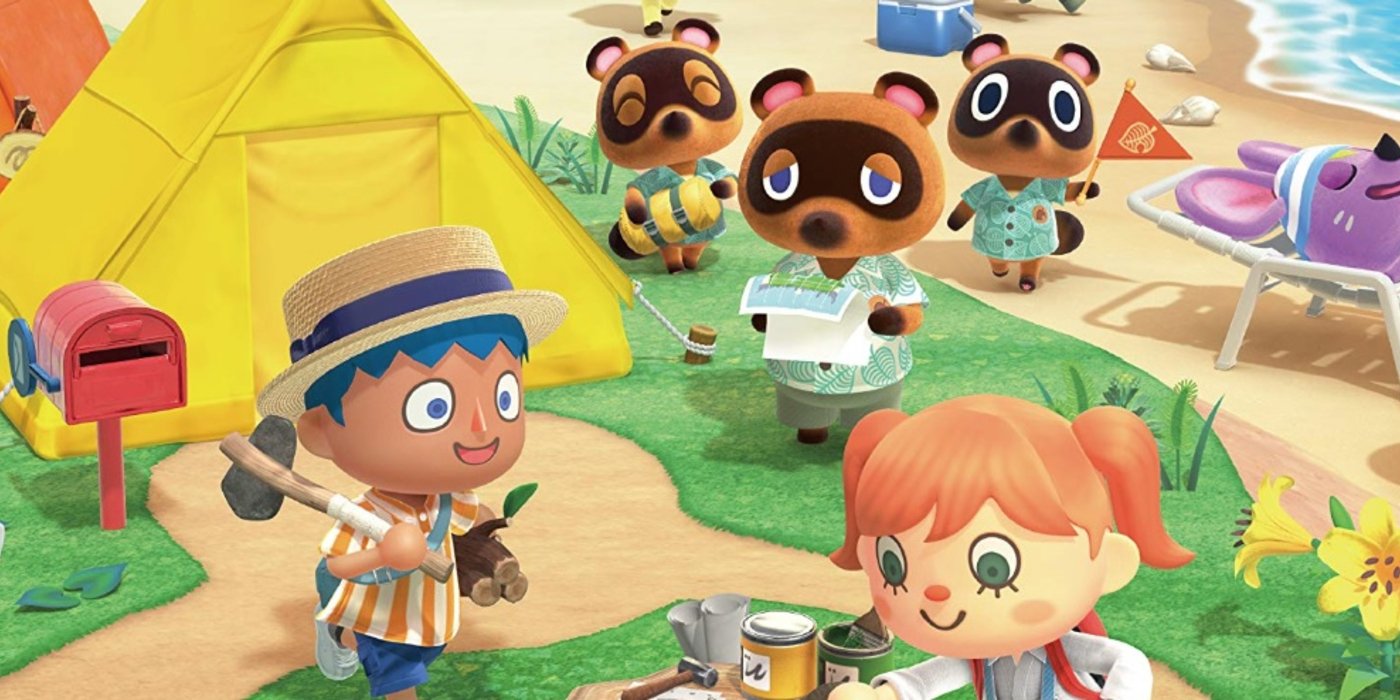 It’s no secret that there’s no shortage of activities, customization, or fun to be had in Animal Crossing: New Horizons – and an upcoming Japanese guide book has the page count to prove it. The newest exclusive title to grace the Nintendo Switch, Animal Crossing: New Horizons released less than one week ago and has already shattered sales records, surpassing smash-hit titles like Pokémon Sword & Shield and Super Smash Bros. Ultimate.

The adorable life-simulator game has seemingly taken over the internet recently, from artful crossovers with the DOOM series to players discussing the intricacies of their island layout plans, which is a testament to just how popular the franchise has become. Released to high praise and mostly positive reviews (despite some review-bombing New Horizons players) and considering the game’s record-breaking sales, it’s likely that Animal Crossing: New Horizons has drawn in a large number of new players in need of some assistance for their first foray into the series.

According to a recent report by Siliconera, a new Japanese guide book published by Kadokawa called Animal Crossing: New Horizons – The Complete Guide will span a massive 1,072 pages filled with all of the most valuable information on unlocking helpful tools, catching the rarest bugs and fish, or just tips on how to keep living a player’s best life on their deserted island. Set to release on April 28th in Japan, the new complete guide book also boasts a comprehensive catalog of in-game items, an encyclopedia of crucial villager data, tips on all of the NookPhone’s various features, and more.

Though this new Animal Crossing: New Horizons guide book assuredly lives up to its ‘complete’ title, and will undoubtedly make the game easier to navigate in some ways, some might say that the charm and appeal of any Animal Crossing game exists in its slow-building, daily life approach which gradually presents players with the opportunity to discover more as they play through the game. Each player will ultimately decide on their preferred way to play, further contributing to the customizable experience on offer.

Potential players shouldn’t feel too intimidated by the massive page count of this guide book, or the potential to miss out on anything while playing through the game without it if they don’t live in Japan, as the underlying premise of enjoying and establishing a character’s own life on a deserted island is much less daunting once a player starts playing the game for themselves. Despite the minor quirks and setbacks of Animal Crossing: New Horizons, it remains a fantastic game which will present players with hours of fun whether using a massive guide book or playing through the game without outside help.

Next: Animal Crossing New Horizons: How to Attract More Villagers to Your Island

Corey Hall is a writer, editor, and video game enthusiast based in Arizona. He has written for sites like Zelda Universe and RPGFan.com and now contributes gaming news to Screen Rant. A lifelong Nintendo fan, he can often be found enjoying games like Splatoon 2 and Animal Crossing when he’s not writing or taking pictures of his gaming collection.