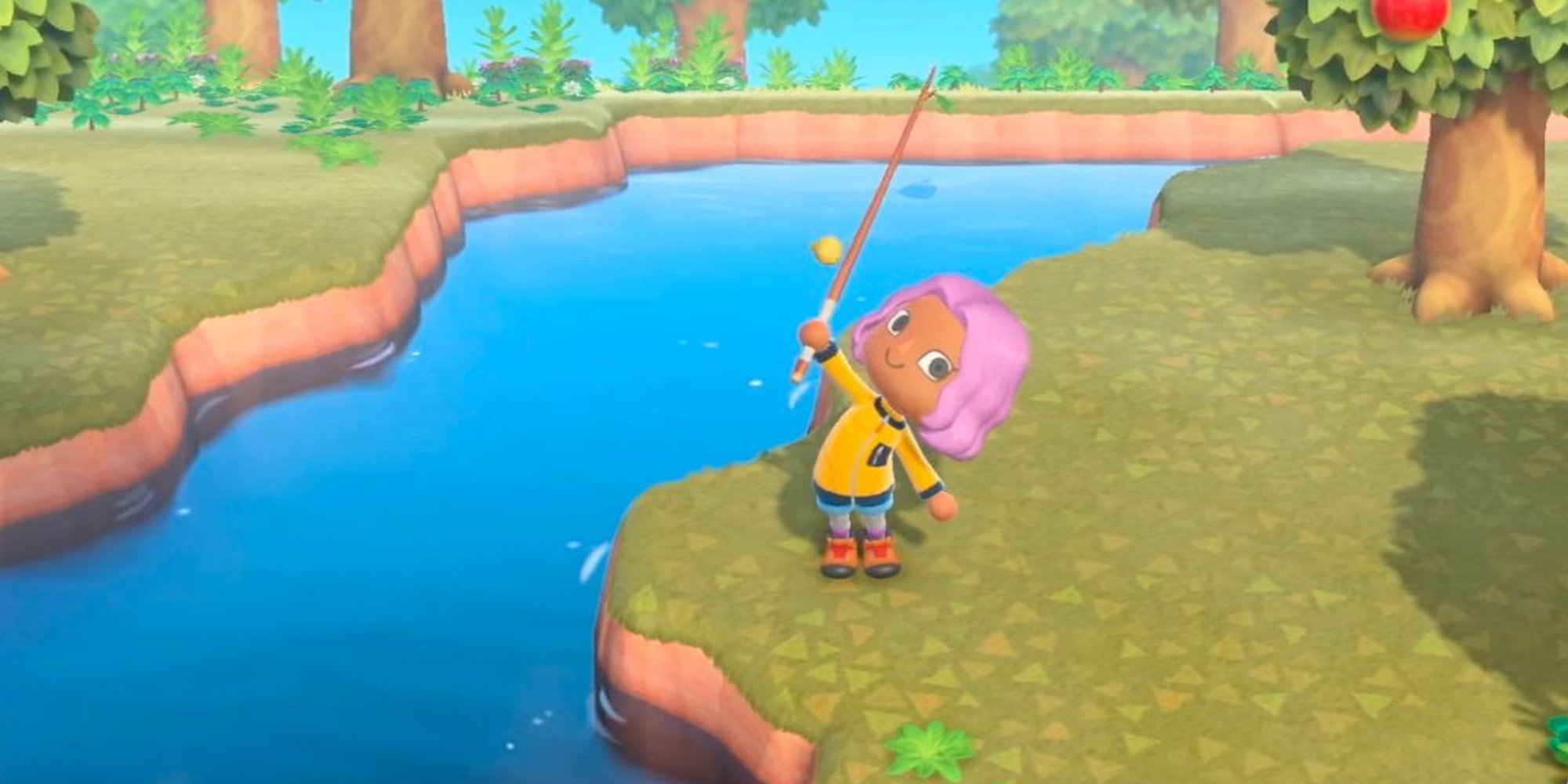 Animal Crossing: New Horizons is filled with animal puns, but one of them had to be changed because the original line would have been too negative.

There are a lot of puns, jokes, and wordplay in Animal Crossing: New Horizons, but there was one line in particular which had to be reworked to be less depressing. From the names of Animal Crossing: New Horizons’ villagers to business titles like Nook’s Cranny, there are no shortage of BoJack Horseman-esque animal references in the game, but the title’s repetitive nature means some players may end up hearing certain lines tens, if not hundreds, of times.

Animal Crossing: New Horizons has been a massive success for Nintendo, with the title having already surpassed the publisher’s estimated lifetime sales less than two months after release. There have been all kinds of memes, talk shows, and even NFL 2020 football schedules displayed inside of Animal Crossing: New Horizons, with everyone brought together by the game’s cheery atmosphere and plethora of cutesy flora and fauna humor. However, it appears like some fans are, unsurprisingly, beginning to grow tired of a few of the title’s most-seen sentences.

As recently reported by Kotaku, Nintendo Localization Producer (and creator of some of Animal Crossing: New Horizons‘ animal puns) took to Twitter earlier today and spoke about the writing process behind the game’s well-worn sea bass joke, as well as reassure fans he is just as sick of it as they are. In Animal Crossing: New Horizons, players receive a message stating “I caught a sea bass! No, wait – it’s at least a C+!”  However, the original version of this joke saw the player feeling a little less sure of their catch, with the message instead reading “I caught a sea bass! Well… maybe a C- bass…”

And when we were workshopping the fish jokes, someone pointed out that, as a joke people were going to see many, many times, generally along with disappointment they didn’t catch something better, maybe it would be better to spin it positive. Make it a C+ instead.

In a thread following the original Animal Crossing: New Horizons joke reveal, Heiret says that during the fish joke workshopping process “someone pointed out that, as a joke people were going to see many, many times, generally along with disappointment they didn’t catch something better, maybe it would be better to spin it positive.” The joke, Heiret explains, remains the same, since it is based on the homophonic relationship between “sea” and “C,” but it allows for a slightly more positive gaming experience overall, since it reads as the player thinking that their catch is a little bit better than normal, not a little bit worse.

Animal Crossing: New Horizons has blown past all of the expectations both the developers and the publishers had for the game, becoming not only one of Nintendo’s fastest-selling titles ever but even popularizing the Nintendo Switch console itself, leading to the company recently selling more Switches than they did in the console’s launch month. It will be interesting to see where Animal Crossing: New Horizons goes from here… or should players C+ it?

Next: Animal Crossing New Horizons: How To Unlock Terraforming (The Fast Way)