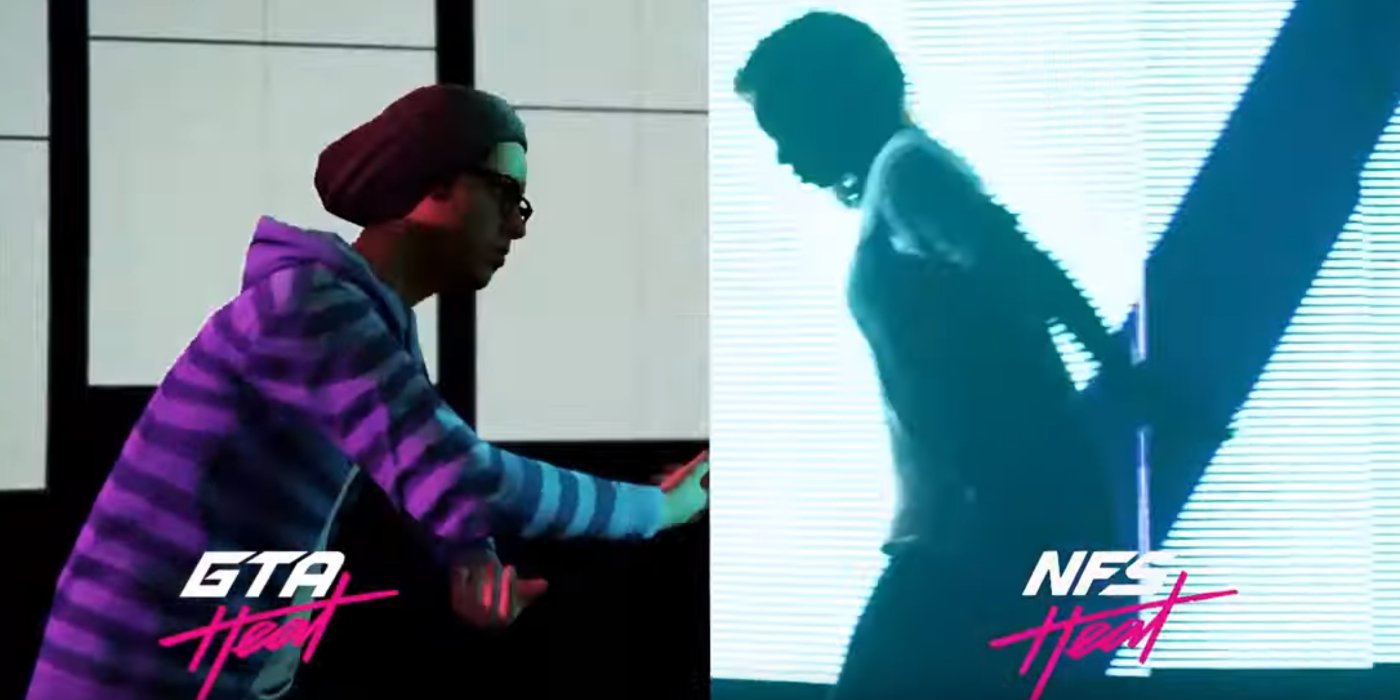 One dedicated fan of racing games has recreated the trailer for Need For Speed Heat inside Grand Theft Auto V. Need For Speed Heat released in November of 2019 to positive, if not overwhelming, reviews, and recently added support for steering wheels and cosmetic car repair. Grand Theft Auto V, on the other hand, has been out since 2013 and yet somehow players are still finding new things to do, thanks in part to Rockstar’s continued support of the incredibly profitable GTA Online.

In a recent Reddit post in the Grand Theft Auto subreddit, user u/RavenwestR1 shared a video combining the two car-centered video games perfectly, mashing up the trailer for Need For Speed Heat with scenes from Grand Theft Auto V and GTA Online. When asked how long it took to create, the user responded, “This was six days” but admitted it could have been five “if the editing software that I am using wasn’t so slow.”

As visible in RavenwestR1’s YouTube video below, the project clearly took a lot of work, as the entirety of Need For Speed Heat’s trailer has been mimicked in GTAV to an almost pixel-perfect extent. With the litany of GTAV mods and the crazy amount of fan (and official Rockstar) content added to the game since launch, it’s not surprising such a creation is possible in GTAV, but the amount of time it took to create is proof of RavenwestR1’s dedication to getting every inch of Need For Speed Heat‘s trailer perfect. Check it out here: