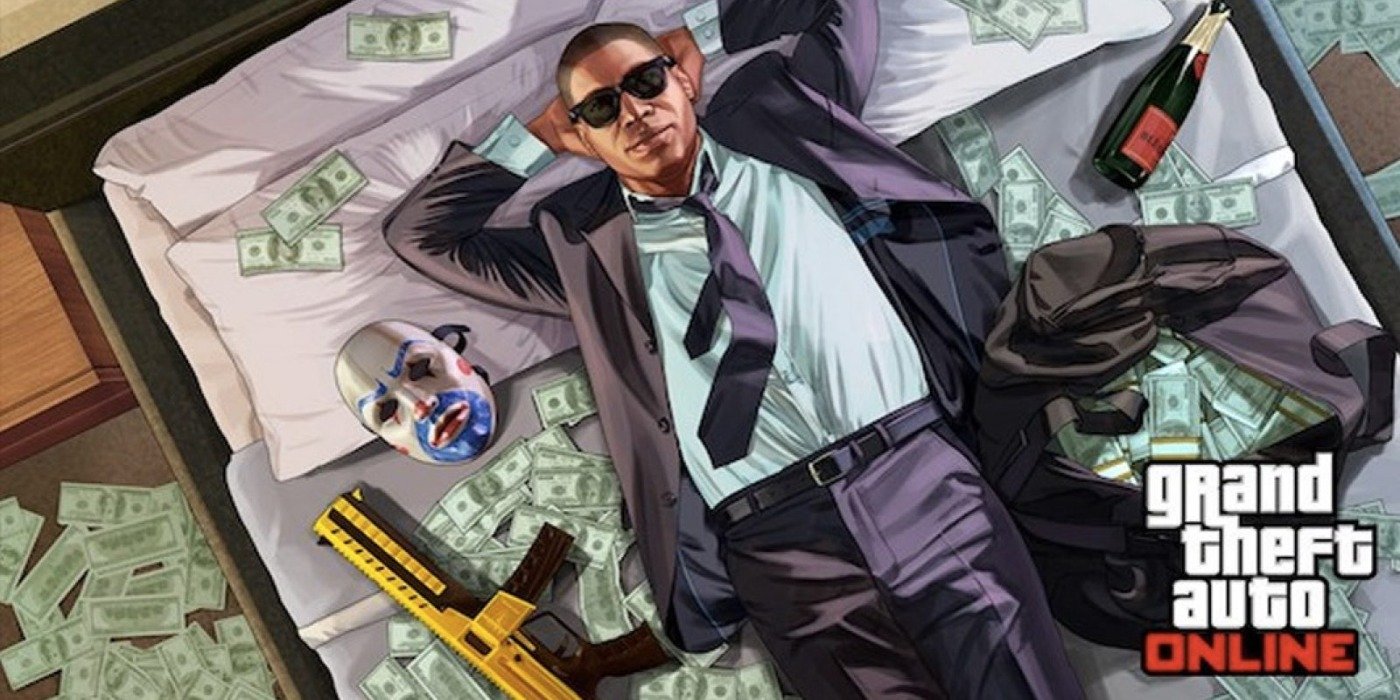 Rockstar Games has confirmed that those that log in to Grand Theft Auto Online this month will receive a very nice cash bonus simply for doing so. Grand Theft Auto 5 has managed to continue selling like hotcakes long after its release, constantly placing in the list of the best-selling games almost every month. That’s quite a feat for any title, let alone one that originally launched in 2013, and Rockstar has yet to take its foot off the gas – constantly rolling out new updates for the Online component of the title.

Yes, Grand Theft Auto Online has been receiving update after update for fans and is likely the reason gamers have continued to buy GTAV long after its initial release. Rockstar Games has only pushed the juggernaut further by offering Grand Theft Auto 5 as a freebie through Xbox Game Pass, as well as Sony’s PlayStation Now games streaming service. It’s been quite a wild ride for the publisher behind one of the industry’s more controversial franchises, and Rockstar Games isn’t quite ready to let that player base get away from its grasp quite yet.

Taking to Twitter, Rockstar Games announced that players that log into Grand Theft Auto Online during this month (April 2020) will receive half a million dollars just for doing so. The one-time money offering will be automatically deposited into users’ fictional Maze Bank account. If the cash doesn’t appear instantly then don’t have any fears, as the developer did reiterate that it could take up to seven real-world days for the $500,000 in-game sum to show up. After this, players can spend it on whatever their heart desires.

All month long, we’re awarding a one-time GTA$500K gift to anyone who plays GTA Online.

This GTA$ will be automatically sent to your Maze Bank account (may take up to seven days to appear). pic.twitter.com/1lZ7g5GtxB

It’s clear that this incentive is to encourage the community to revisit GTA Online, and there are plenty of pros to doing so. Rockstar Games only just announced that 5% of all proceeds generated in Red Dead Online and GTA Online will go to relevant coronavirus relief efforts. That may very well end up being a pretty penny, especially if the $500,000 freebie acts as a strong enough incentive in the eyes of lapsed players.

GTA Online aside, many gamers seem ready for Grand Theft Auto 6 to become a reality. With next-gen consoles in the form of the Xbox Series X and PlayStation 5 set to release at the end of 2020, a blockbuster like GTA6 would be a welcomed reprieve to what has been a very difficult year for everyone. Hopefully, any news on the Grand Theft Auto sequel front drops sooner rather than later.