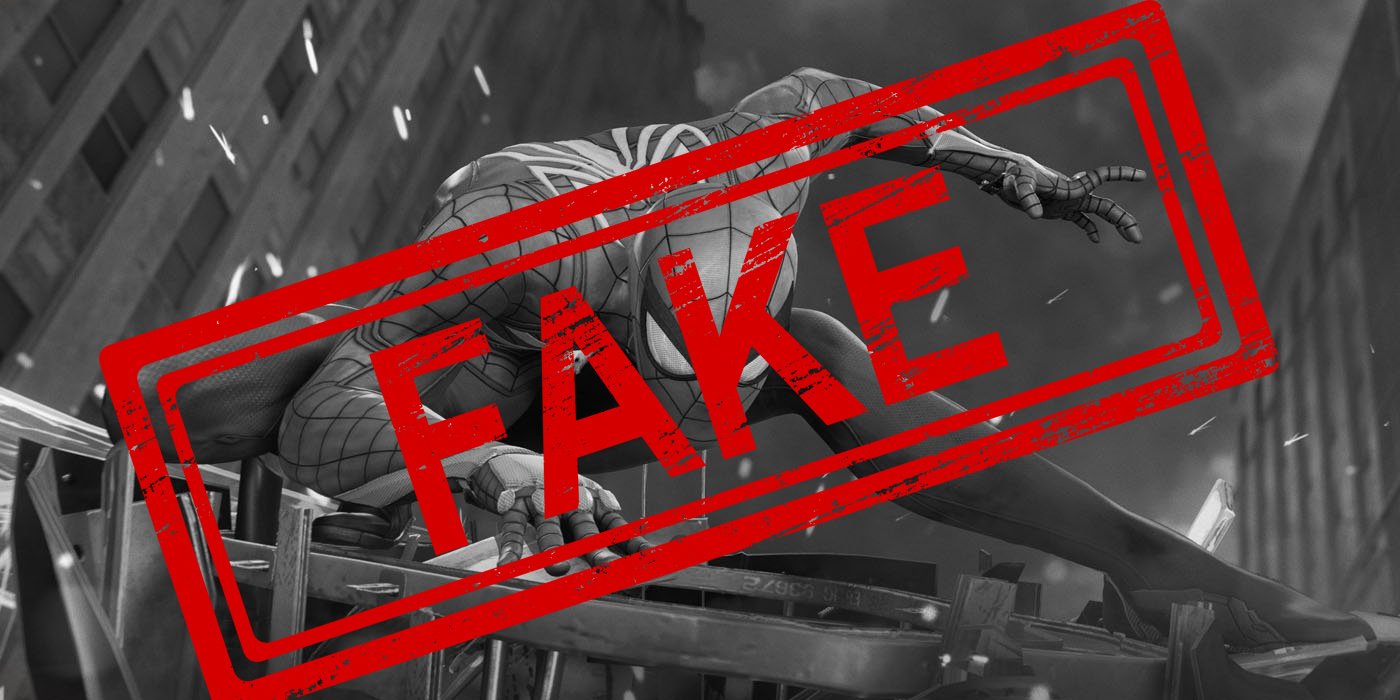 Last week’s highly enticing leak regarding the sequel to Marvel’s Spider-Man was a hoax which has since been refuted by its source. Ever since Insomniac Games’ hit open-world superhero title arrived on the PlayStation 4 in 2018, fans have been anxiously awaiting new information on the expected follow-up.

Just last week, a Reddit user by the handle of throwawayquarantine8 posted a long and very intriguing string of details pertaining to the upcoming sequel to Marvel’s Spider-Man while claiming to have connections to Insomniac, hinting at such features as new weather effects and “dynamic missions” as well as teasing that the game will be released on the PlayStation 5 during next year’s holiday season. In addition, the leak also supported previous rumors regarding the new game’s story, such as the appearance of the symbiotic Black Suit and Miles Morales’ emergence as a new, secondary Spider-Man, both of which were teased at the conclusion of the first game.

Unfortunately, it turns out that none of the above is necessarily true, as fellow Redditor sgt_peppermint11 posted a confession from throwawayquarantine8 earlier today, in which the latter admits that the entire leak from last week was little more than a fabrication brought on by “quarantine-induced boredom.” However, throwawayquarantine8 goes on to apologize for any misinformation caused by the fake post, stating that as a “Spidey-Fan and an aspiring writer” they were merely trying to “garner a reaction” from the bogus tidbits and have faith in Insomniac to deliver something “a hundred times better” than what they suggested. 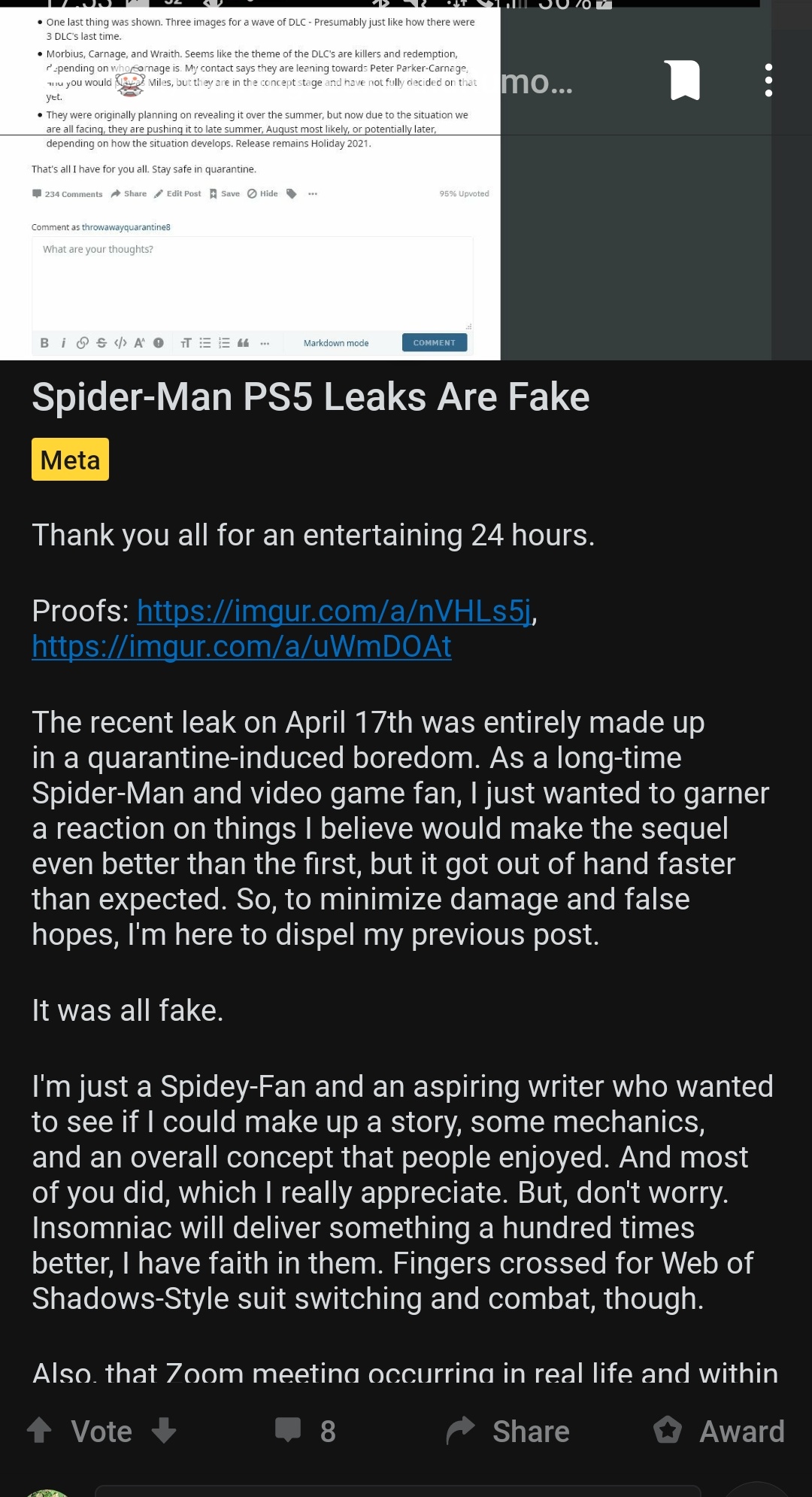 The previous Spider-Man game earned rave reviews and chart-topping sales following its release two years ago, with many praising its updated take on the mythos of Peter Parker and his supporting cast, as well as its fast-paced, fun gameplay that captured the fluidity of Spidey web-swinging across an open-world New York City like no other title before it. It quickly became the highest-selling superhero video game in the US, taking the spot previously held by Rocksteady Games’ highly acclaimed Batman: Arkham City.

Fans have grown excited by the prospect of continuing the adventure started by Insomniac in Marvel’s Spider-Man with a brand-new title, which in turn makes it all the more disappointing when an exciting rumor like the one posted by throwawayquarantine8 turns out to be false. A lot of the elements presented in the fake leak are still quite plausible given how the first game ended, but only time will what the sequel to Marvel’s Spider-Man will bring in terms of story or gameplay.

More: Marvel’s Spider-Man: How to Get the Trophy “With Great Power…”