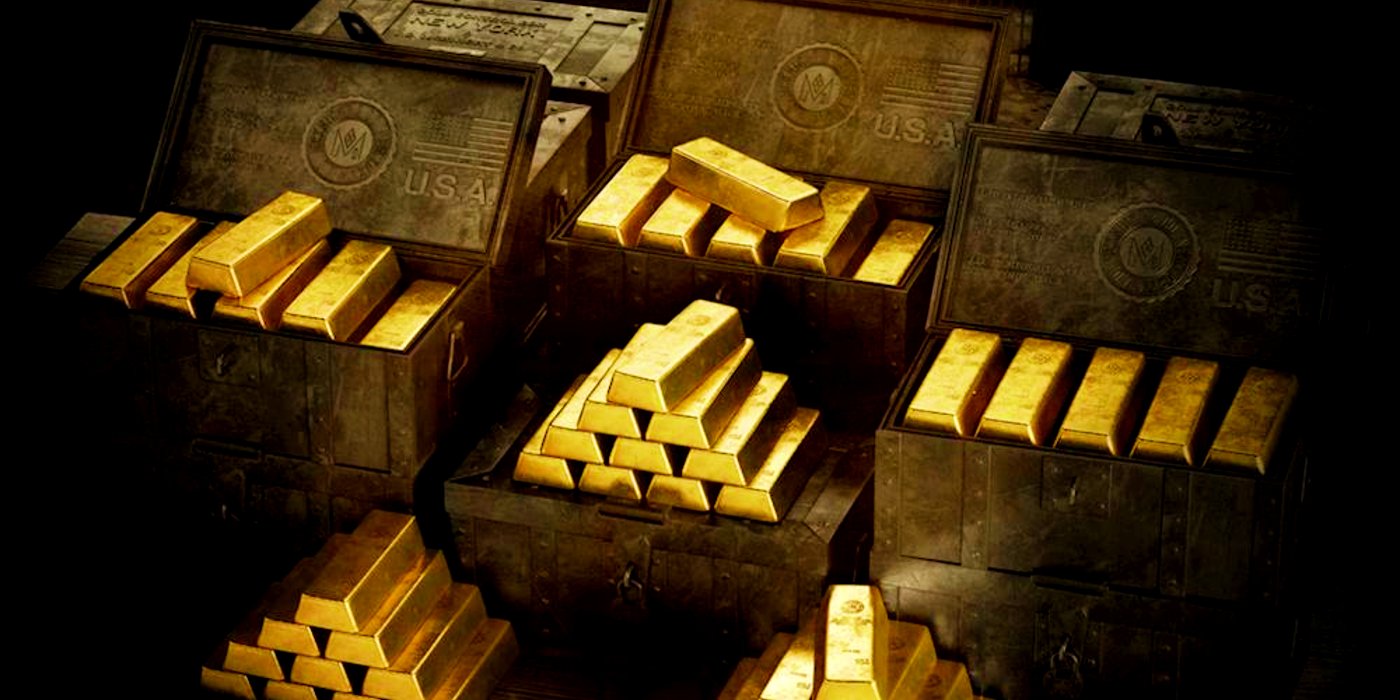 Anyone who logs in to Red Dead Redemption 2‘s multiplayer component Red Dead Online before April 14th will receive five gold bars, free of charge. Despite a somewhat rocky launch, which in many ways mirrored the original release of Red Dead Online‘s spiritual predecessor Grand Theft Auto Online, the online multiplayer mode for Red Dead Redemption 2 has continued to receive updates, refinements, and support, even while the current outbreak of COVID-19 coronavirus has forced all Rockstar employees to work remotely.

Red Dead Online has been host to a number of wacky glitches, interesting encounters, and player-discovered tricks, including (but definitely not limited to) that one time Red Dead Online was plagued with two-headed skeletons. Like GTA Online before it, all of the content in Red Dead Online is available to purchase with in-game money, but in Red Dead Online the player also has the option to purchase goods such as weapons, horses, and clothing outside of their accessible levels by using Rockstar’s premium currency, gold bars.

Now, as recently reported by GameSpot, players have the ability to receive five of these gold bars for free just by logging in to Red Dead Online, but to take advantage of the offer they must be sure to do so by April 14th, 2020. According to the report Red Dead Online is also running a brand-new “Daily Challenge multiplier,” which will allow players who participate in and complete one of the game’s Daily Challenges three days in a row to be rewarded with item bundles including “10 Special Health Cures, 10 Special Miracle Tonics, 10 Special Snake Oils, and 20 Incendiary Buckshot Slugs.”

Rewards earned using Rockstar’s new Challenge multiplier will be delivered to the player within forty-eight hours of the third challenge completion, and will be available for pick up at either the in-game Post Office or the player’s personal Camp Lockbox. Additionally, both Red Dead Online’s Showdown Modes and Races will be giving players double experience points until April 14th, and according to GameSpot there are “some big discounts on in-game purchases” available through the in-game catalog.

While it’s nice Rockstar is donating a percentage of GTA Online and Red Dead Online profits to help coronavirus relief efforts, such drastic discounts on in-game items and the fact that the developer is just giving away precious (and expensive) premium currency like gold bars certainly raises questions. Gold bars, and to an even greater extent, XP boosters, are seen by many players as a way to lock away content through either tedious, unnecessary grinding or a blatant paywall. Rockstar (and likely many others) would probably argue that there is no paywall, and that all of the content is there for everyone to access if they just level up and work hard and play a little longer, and the money option is simply there for people who don’t have the time. However, players now have more time than ever, and it’s not unthinkable that Rockstar is offering these new bonuses either to entice Red Dead Redemption 2 players to spend more money after they’ve run out of free gold, or simply because they’re worried gamers will begin to notice how much grinding there actually is.