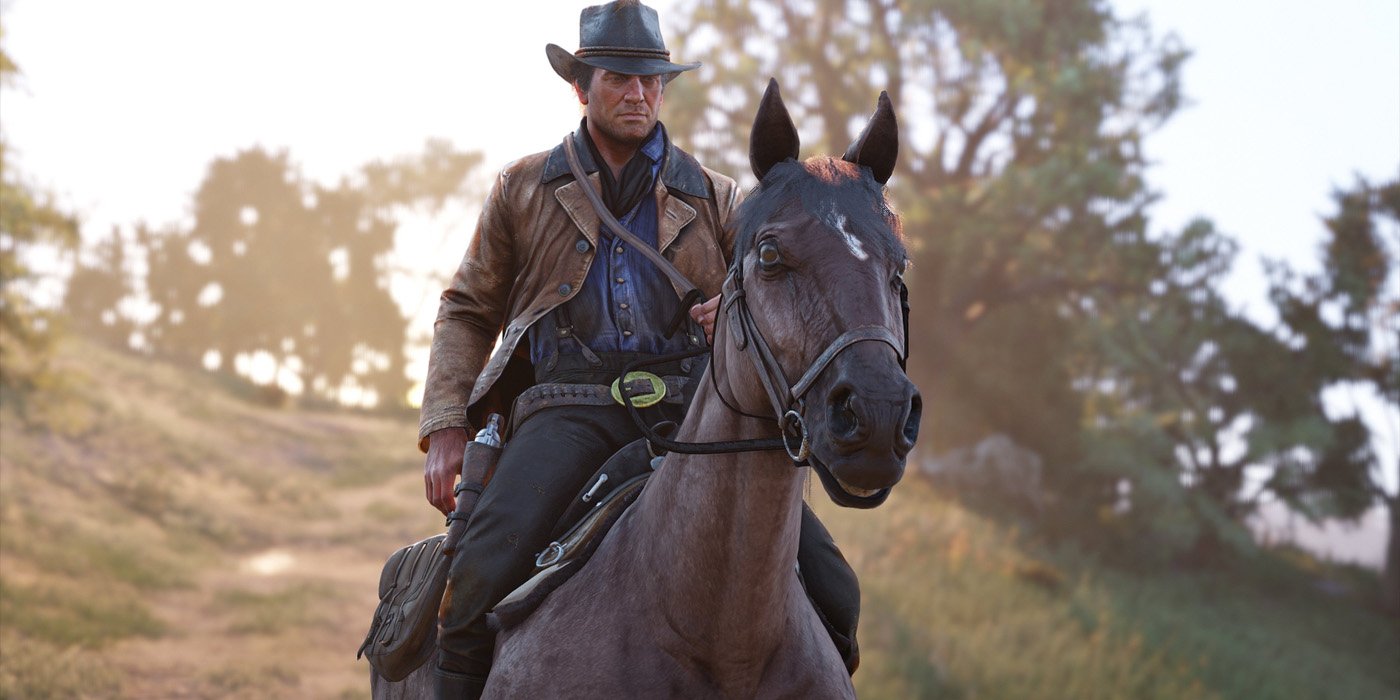 A ridiculous new Red Dead Redemption 2 glitch shows off more of the old west protagonists’ bodies than most viewers need to see. Upon its release in 2018, Red Dead Redemption 2 was hailed as one of the greatest games of the year, and a marvel of developer Rockstar’s tremendous storytelling prowess. The open-world Western earned numerous Game of the Year awards and its online mode continues to be popular in 2020.

Like pretty much all open-world games, Red Dead Redemption 2 has its fair share of bugs and glitches, though Rockstar’s prolonged development cycles usually get rid of the major ones before release. Nevertheless, Red Dead Redemption 2 shipped with a myriad of wacky errors, many of which have been patched over the past year-and-a-half. Still, being such an epic and expansive title, new glitches are constantly being discovered in RDR2.

Related: 10 Films to Watch If You Like Red Dead Redemption II

The latest glitch, as seen on Reddit, involves the protagonist’s pants clipping through their character model, thus being hidden underneath the character’s skin. This has the unfortunate effect of making it look like the player character is showing off their bare butt like their pants are ripped up and showing off their sun-baked posterior.

It’s unclear exactly what causes this glitch, if it’s limited to specific clothing options or if it can affect NPCs or Red Dead Online characters. If the latter proves to be possible, then it’s only a matter of time before an entire army of RDO characters are running around showing off their behinds. If the glitch proves to be easily replicated, it’s a sure bet Rockstar will act quickly to fix the bug and keep players’ butts covered. In all likelihood, it’s only a matter of time before players will be unable to show off their butts in-game.

Nearly two years after its initial release, Red Dead Redemption 2 continues to impress players with new discoveries, whether said discoveries were intended by developers or not. The online mode continues to be updated with new items and missions, with the “bootlegging” mission arc being added to the game back in December 2019. While the online game isn’t nearly as popular as Grand Theft Auto Online, it’s quickly become a premier destination for players who like to team up and cooperatively tackle missions while living out fantasies of being a grizzled outlaw in the untamed Old West. At least for now, those fantasies can include walking around with an exposed backside.

Next: 20 Things Wrong With Red Dead Redemption 2 We All Choose To Ignore