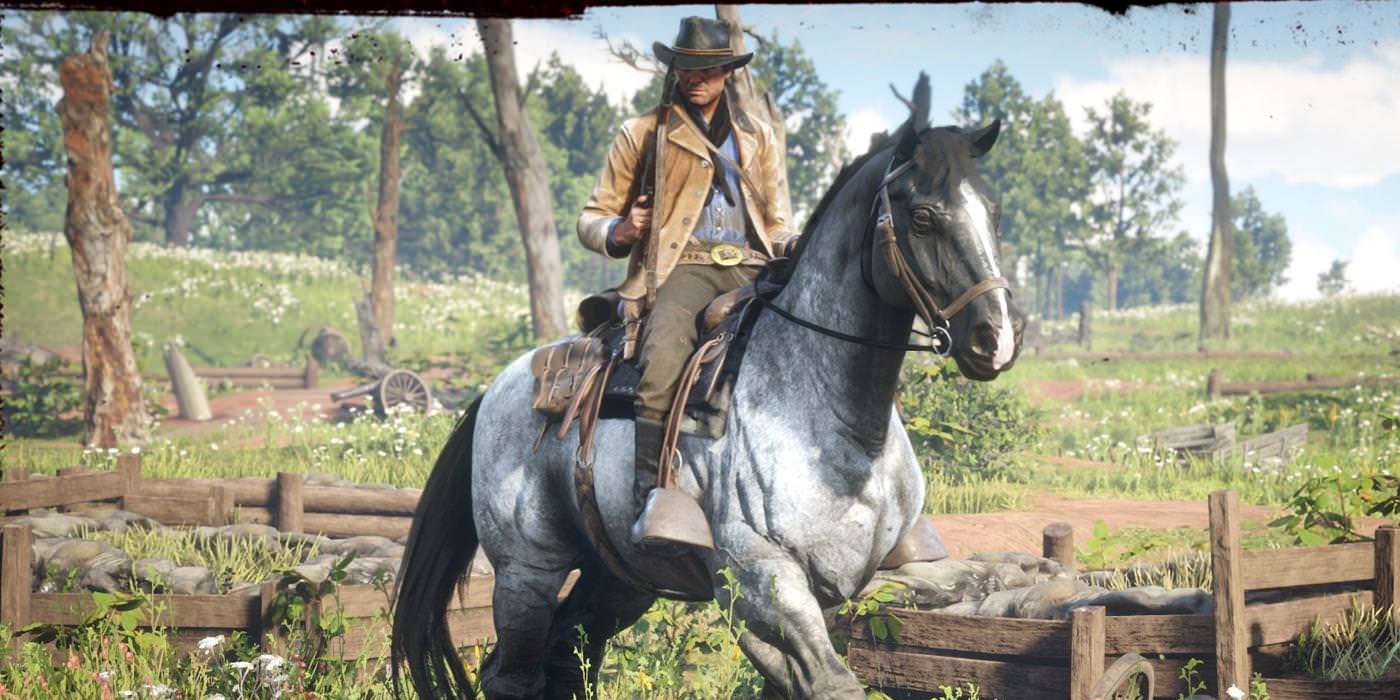 Crime doesn’t pay in the world of Red Dead Redemption II, as one would-be horse thief discovered when the stallion he attempted to hijack knocked him off in short order. Rockstar Games’ spaghetti-western sandbox hit has been home to a number of crazy events featuring players and NPCs alike, whether they were part of the game’s programming or not.

In addition to the random boss encounters players can happen across while playing through the story of Red Dead Redemption II, these events include such things as hacker-induced skeletons rampaging in the game’s online component, horse graveyards appearing out of thin air, and one unlucky player unwittingly hogtying himself onto the floor in the middle of a fierce shootout. Now, it seems even the animals are getting in on the madness, or at least striking back against the humans who try to take advantage of them in the rugged landscape of the 1899 American Midwest.

Related: Red Dead Redemption 2: The Best Outfits and What They Do

Gaming news channel GameFront posted a clip from Red Dead Redemption II on its Twitter page Tuesday evening, depicting one player being yanked off his horse by a shady character in an attempted steed-napping. The horse itself had other ideas, however, and quickly bucked the would-be thief to the ground so that he could receive a well-deserved kick to the chest from its rightful owner before being defecated upon. Check out the tweet below:

It’s still not certain what caused this seemingly unassuming horse to retaliate against its potential kidnapper, but a quirk in the game’s vast and complex A.I. is the most likely culprit. This wouldn’t be the first time such a thing happened in Red Dead Redemption II, as previously one NPC suddenly became a brutal vigilante during a random fistfight outside a townhouse. Despite – or maybe because of – these strange glitches and occurrences, the game continues to be regarded as one the highest-rated games of all time, joining the equally-successful Grand Theft Auto V as developer/publisher Rockstar Games’ defining titles of the current console generation.

Glitch or not, it’s amusing to see the horse knock the thief off of it mere seconds into the attempted robbery, just as it is satisfying to see a crook get his just desserts. Maybe next time the aspiring criminal will think twice before trying to make off with someone’s trusty steed, because one can never know when a best-laid hijacking can turn into a crushing embarrassment, especially in the large, untamed open world of Red Dead Redemption II.

Next: What GTA 6 Can Learn From Red Dead Redemption II