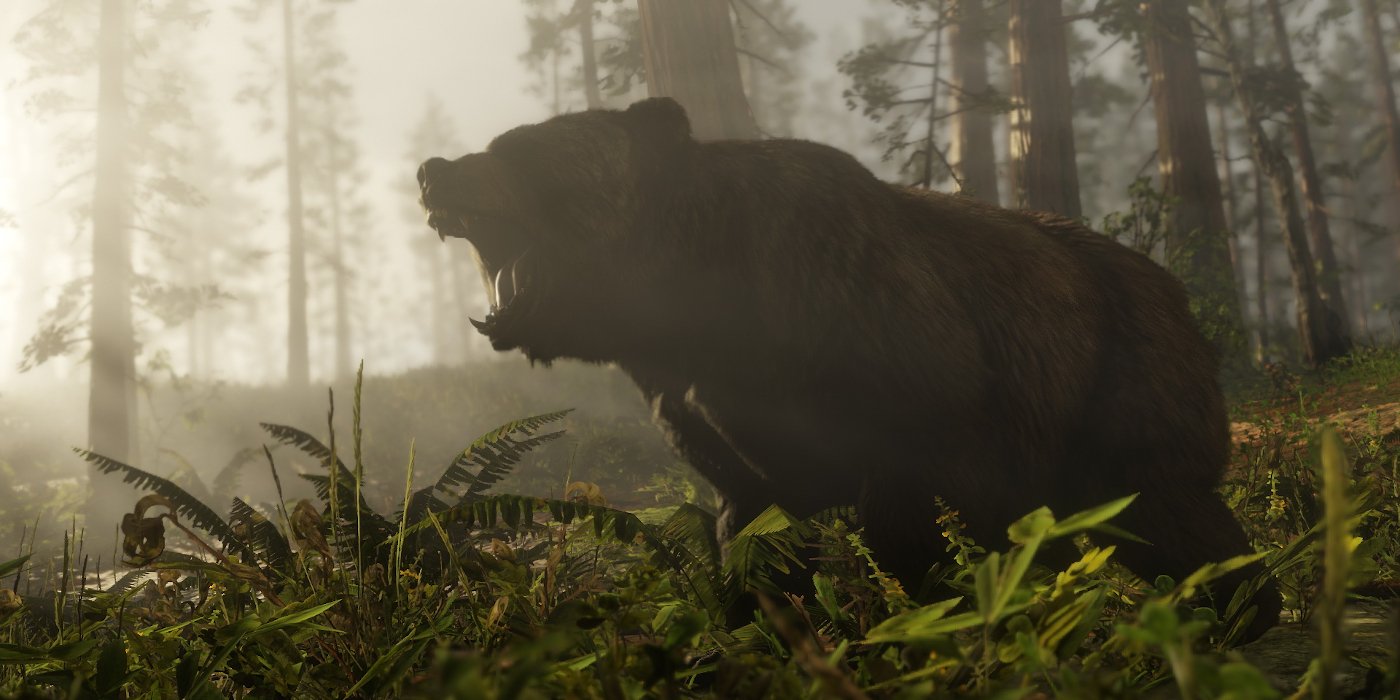 Red Dead Redemption 2 is well-known and beloved for the unforgettable gameplay moments its players organically find themselves in, and one big game hunter’s recent run-in with a legendary animal may be one of the game’s closest calls ever recorded.

While waiting for the now-confirmed Grand Theft Auto VI to finally be announced by sandbox developer Rockstar Games, many fans of the studio’s work are still busy roaming the beautiful American frontier in Red Dead Redemption 2 and Red Dead Online. And the developer’s more than happy to have them, having given out a paltry (but still non-zero) amount of gold bars to players who logged into the game’s multiplayer complement earlier this month. There’s also still much to do in the single-player game for the multitudes of players who didn’t play it to 100 percent completion due the virtual world’s vast size and wealth of content, including series favorite quests revolving around the tracking and killing of legendary animals.

In an aptly titled Reddit post, user 7mmp shared the below footage of their wild encounter with the Bharati Grizzly Bear, the first optional legendary animal bounty that players come across during the main campaign. Spotting the beast at a distance, they put several high-power rounds into the bear as it quickly aggressively moved in for the kill. After a missed opportunity to fire one more shot at the approaching killing machine, their luck appeared to have run out once the bear’s mauling animation began, forcing them to de-scope. In a complete stroke of luck and timing, the creature’s deadly claws and teeth ultimately didn’t make quick work of the player, thudding atop them after suddenly succumbing to its earlier wounds.

As incredibly rare of an experience as that player’s was, it’s those pulse-pounding moments when Red Dead Redemption 2‘s many systems come together in a spectacular way that make the Western sandbox game so immersive and unique. While its intentionally slow nature did inspire some players to give up on the game before seeing Arthur Morgan’s story through to its conclusion, one-of-a-kind systemic encounters like the above remain fans’ favorite part of Red Dead Redemption 2. Rockstar would be smart to include a similar diegetic approach to world and narrative design in Grand Theft Auto VI, and even smarter to leave out the over-restrictive mission structure and repetitive travel of its antecedents.

It’s not clear or entirely likely that description matches the game that Rockstar currently has in development, the very process of which has rumor-mongering fans at one another’s throats. At the very least, the studio should look long and hard at the location and systems of Red Dead Redemption 2, salvaging the bits that make stories like this one possible and cutting out or innovating the rest.