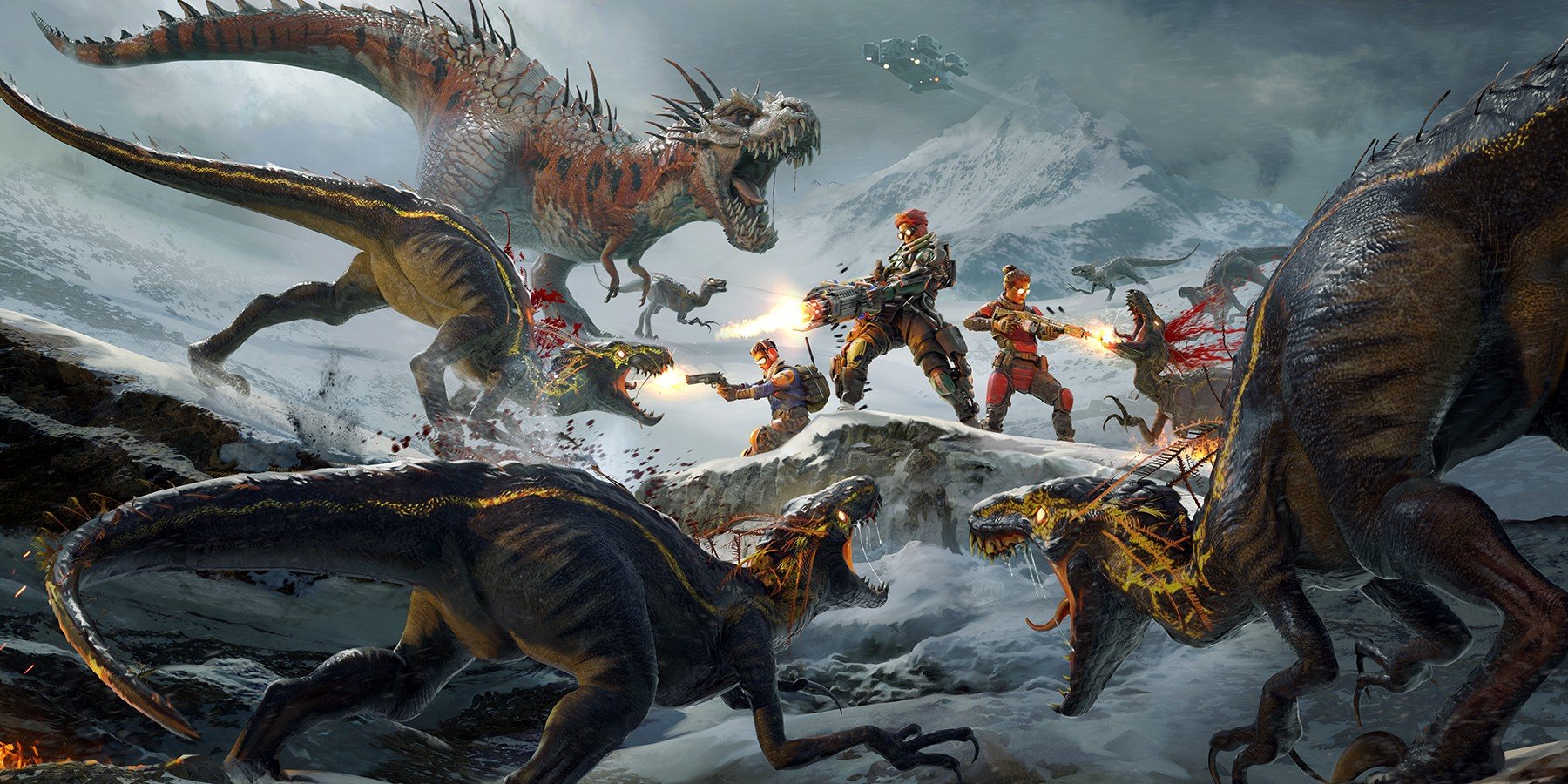 Second Extinction is an Xbox Series X co-op live service shooter that lets up to three players fight off hordes of dinosaurs with heavy weapons.

Second Extinction’s premise – a first-person shooter that pits a team of players against hordes of dinosaurs – sounds like a game dreamed up by kids on a playground, and that’s exactly what made its Xbox Series X gameplay reveal so exciting. The game is being developed by Systemic Reaction, the same developer behind last year’s co-op robot shooter Generation Zero.

Systemic Reaction debuted its Second Extinction trailer during the Inside Xbox May 2020 presentation, where it was one of the few games that actually showed off a decent amount of gameplay. Despite getting a glimpse of Assassin’s Creed Valhalla gameplay, the stars of the show ended up being smaller, newly revealed games like co-op cyberpunk RPG The Ascent and psychological horror game The Medium, which features music by legendary Silent Hill composer Akiro Yamoka.

Related: The Ascent Trailer: A Next-Gen Cyberpunk Diablo With Co-op

Second Extinction may not have that kind of pedigree behind it, but its trailer still made it look like an absolute blast. It will let teams of up to three players pick up weapons ranging from assault rifles to miniguns as they fight hordes of mutated dinosaurs that have overrun Earth, which was shown to full effect in the fast-paced, bloody trailer. Players will be able to choose from a suite of weapons and abilities to build their own perfect team. According to Systemic Reaction, Second Extinction will be a live game that changes over time based on the actions of the community in-game.

During the presentation, Second Extinction definitely stood out, and not just because it had the only trailer filled to the brim with dinosaurs. Between its gorgeous lighting effects and massive explosions, it certainly looks like a next-gen game in a way that hasn’t been seen often yet. While excitement is high for the next-generation Xbox Series X and PlayStation 5, there’s still not a lot of concrete information out there about launch titles or how the consoles will improve on their predecessors in practice, aside from their specs. Second Extinction gives a glimpse at what a real next-generation game might look like. Systemic Reaction hasn’t announced a launch date for Second Extinction, which will also be available on the Xbox One and PC, but it does have a closed beta on Steam scheduled for this summer.

Microsoft and Sony have been quieter than a lot of players would like about their plans for next-gen consoles, but at least some bright spots are starting to appear. Second Extinction’s absurd premise and over-the-top action definitely make it a game to watch once the Xbox Series X launches this winter.