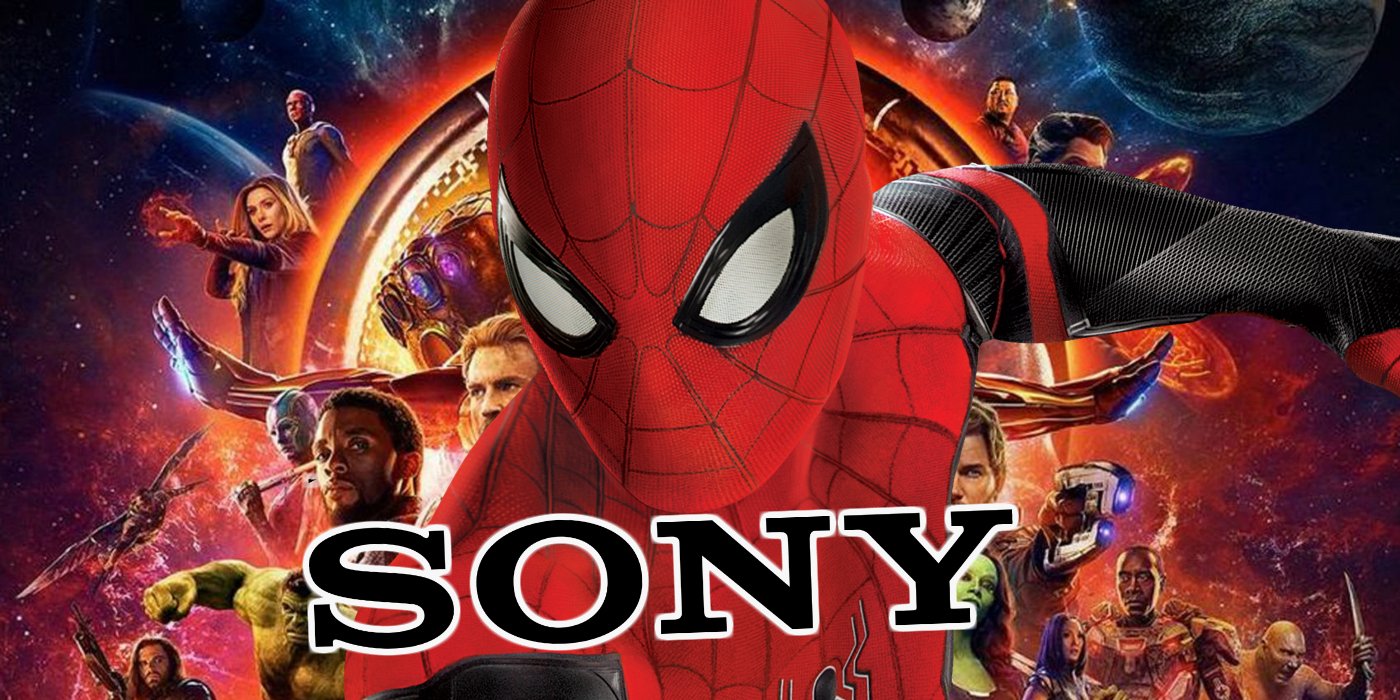 Sony have the rights to some Marvel characters, such as Spider-Man, but the company almost owned the entire Marvel Cinematic Universe. When the MCU launched in 2008, it was generally seen as one of the most curious experiments of all time. Hollywood had long believed nobody was interested in anything other than the marquee superheroes – characters like Superman, Batman, or Spider-Man. Marvel Studios, however, was taking a gamble. They were betting everything on the likes of Iron Man, Captain America, and the Hulk. Even more remarkably, they were attempted to build a shared cinematic universe, and nothing quite like this had ever been done before.

The MCU has become one of the most incredible success stories in the history of Hollywood, and almost every other studio has attempted to mimic the shared universe formula – although none have managed to make it work quite like Marvel. Meanwhile, a progression of B- and C-list superheroes have become hits in the global box office, and the team-up movies are major cinematic events. Black Panther should really be understood as a cultural milestone, and Avengers: Endgame became the highest-grossing film of all time, stealing Avatar‘s crown. Marvel – purchased by Disney in 2009 – has become a household name, and Marvel Studios president Kevin Feige is seen as one of Disney’s greatest assets.

Curiously enough, though, the world could have been very different. Rewind just a few decades, to the 1990s, and the collapse of the comic book market had brought Marvel to the brink of bankruptcy. Incredibly, at that point of time Sony Pictures came within a hair’s breadth of acquiring what would become the Marvel Cinematic Universe.

The story is told by Ben Fritz in his superb book The Pig Picture: The Fight for the Future of Movies. As he notes, in late 1996 Marvel filed for bankruptcy, crushed under the weight of $700 million in debt and bonds with a face value of $1 billion. A court-appointed trustee attempted to sell Marvel, and he reached out to a number of different entertainment companies, including Warner Bros. – the owner of Marvel’s chief rival, DC Comics. According to Fritz, though, Sony Pictures was the company to come closest to buying Marvel.

Sony executives, of course, were completely focused upon the film rights for Spider-Man. The wall-crawler’s film rights had been caught in a legal web for a number of years, with studios conducting claims and counter-claims in an attempt to make their movies. Sony’s new CEO, John Calley, believed the bankruptcy was the right time to try to expand home-video rights and take full control of Spider-Man. To that end, Sony had Mark Landau put together a joint agreement with the toy manufacturer Hasbro; each company would put up $250 million. As Fritz notes:

“This represented a rare willingness on the part of the Japanese parent company to take a gamble on a long-term investment. Hasbro, one of the world’s most successful toy manufacturers, would handle consumer products under the plan, while Sony would make movies. The films would spur toy sales, of course, while toy sales would spur more people to see the movies.”

Related: Marvel Movie Delays Are What MCU Should’ve Been After Endgame

Unfortunately, Sony seem to have underestimated the chaos at Marvel, whose own executives were battling to exert their will upon the company. The pitch stalled, and instead Marvel wound up in the hands of the reclusive Israeli veteran Ike Perlmutter. When the dust settled from the bankruptcy, Sony sent Landau back to try to negotiate a purchase of Spider-Man’s film rights again.

Sony Missed ANOTHER Opportunity To Own The MCU

Sony’s initial bid for Marvel had been driven by the belief they could establish a sort of synergy between film releases and toy sales. Ironically, Perlmutter had the same idea; his background in the toy industry meant he dreamed of establishing just that synergy. And so, when Landau approached Marvel’s new leaders, he found himself confronted with an interesting counter-proposal. “Looking to get as many movies going and as much cash in their account as quickly as possible, [Marvel] offered him the rights to every single Marvel character (save for the X-Men, the Fantastic Four, and the Hulk, who were at other studios) for $25 million.“

The idea seems laughable to modern audiences, who are used to a world where Ant-Man grosses over $500 million in the global box office and Captain Marvel breaks $1 billion. But in 1998, Marvel superheroes were an untested commodity for Hollywood, and conventional wisdom was that superhero films would only work if they featured the marquee names. Landau took the idea to his bosses at Sony, and they turned it down.

“‘Nobody gives a s*** about any of the other Marvel characters, we don’t want to do that deal,’ they told Landau, as if he were Jack coming home with a handful of magic beans. Their instructions to Landau, they thought, were quite simple: ‘Go back and do a deal for only Spider-Man.'”

Incredibly, Fritz suggests Marvel couldn’t find any other studio willing to take up the deal either. Six months later, they met again with Landau, and offered him Spider-Man alone for $20 million. That in itself indicates just how little faith even Marvel had in their other superheroes, including the likes of Iron Man, Captain America, and the Guardians of the Galaxy. They literally believed Spider-Man was worth 80 percent of their entire library. Sony balked at the prospect, and came back with a counter-proposal. The two sides eventually reached an agreement, and soon Sony had the rights to make Spider-Man movies – but had missed out on the entire MCU.

It’s easy to mock the decisions made by Sony back in 1997 and 1998. After all, Marvel was destined to become one of the most important Hollywood success stories of all time, and Sony had missed their chance to own it – not once, but twice. And yet, for all that’s the case, it’s important to remember not even Marvel dreamed of the MCU back then; like the decision-makers at Sony, they believed their entire library was worthless compared to Spider-Man. It would be over half a decade before Marvel really began to consider the idea of making their own movies featuring these B-list characters, the ones whose film rights they hadn’t been able to shop anywhere, and weaving them together in an ongoing narrative arc. And so the MCU was born – and it wasn’t at Sony.

More: MCU Theory: Why The Eternals Weren’t In Infinity War Or Endgame

Tom Bacon is one of Screen Rant’s staff writers, and he’s frankly amused that his childhood is back – and this time it’s cool. Tom’s focus tends to be on the various superhero franchises, as well as Star Wars, Doctor Who, and Star Trek; he’s also an avid comic book reader. Over the years, Tom has built a strong relationship with aspects of the various fan communities, and is a Moderator on some of Facebook’s largest MCU and X-Men groups. Previously, he’s written entertainment news and articles for Movie Pilot.
A graduate of Edge Hill University in the United Kingdom, Tom is still strongly connected with his alma mater; in fact, in his spare time he’s a voluntary chaplain there. He’s heavily involved with his local church, and anyone who checks him out on Twitter will quickly learn that he’s interested in British politics as well.