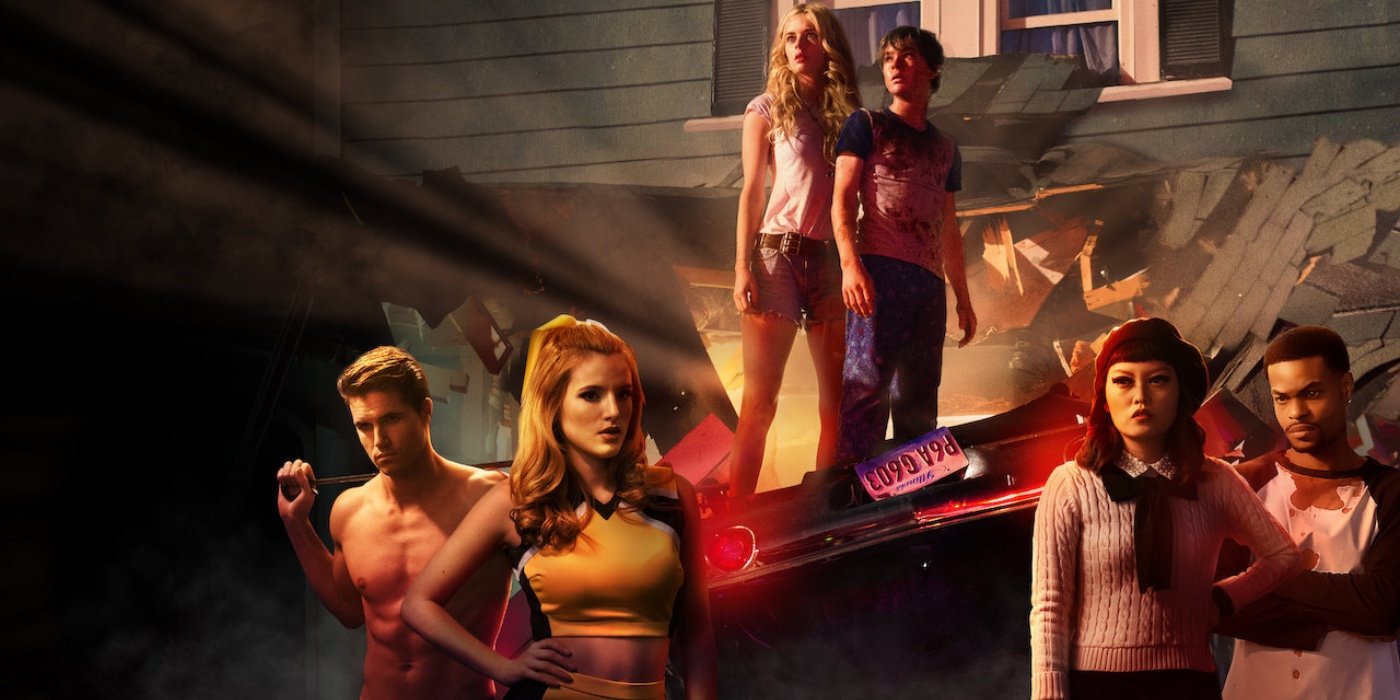 McG’s teen horror-comedy, The Babysitter is getting a sequel with The Babysitter 2, and appears to be bringing characters who died in the first movie back from the dead – how is this possible?

The Netflix original movie released in 2017 and starred Samara Weaving, Bella Thorne, Hana Mae Lee, Robbie Amell, and Judah Lewis. In 2019, it was confirmed that many of these characters would be making their way back to torment Cole (Lewis) for the sequel, which is reportedly set two years after the events of the first. While bringing back dead characters is possible in a prequel or even through various other supernatural means, by the first film’s end, many of Bee’s (Weaving) friends – and Bee, until a mid-credits scene – seemed very, very dead.

Though the movie did deal with deals with the devil, Satanic cults, and a various degree of black magic, it erases the permanence – and comedic elements – of many of the deaths in the first movie by just bringing them all back. However, since this seems to be the route McG is taking with the sequel, there are a few ways it could happen.

The Babysitter 2 Brings Back Dead Characters – How?

While Bee and her friends were all certainly part of a demonic cult, that’s not a guarantee that they’d be resurrected just on that alone. Bee survived the movie despite appearing to be dead, which is revealed in a mid-credit scene where she attacks a first responder. Cole does a very good job at holding his own against a bunch of older teenagers, and the first movie is packed with unique, violent, and often hilarious deaths as the body count rises. Bringing everyone back isn’t a stretch given the supernatural aspects of the movie, but it does erase the permanence and even the triumph of Cole managing to emerge victorious when he was intended to be sacrificed. In the end, Cole has a chance to join Bee – who has been his long-time babysitter and best friend – but he refuses.

Cole is likely the key to bringing everyone back together, as the details revealed for the sequel suggest that his new challenge will be high school, since he’ll be fourteen. Likely a freshman in high school, it’s very possible that Bee has been gathering some kind of army – maybe even an undead army – to try to torment Cole further and add insult to injury, or get her little buddy back on her side by any means necessary. However, as of this writing, Samara Weaving has not been confirmed for The Babysitter 2. The ending of The Babysitter was heartwarming and even bittersweet because of the bond that Cole and Bee share, and it’d be interesting to explore that further, although her fellow cult members will likely do something to come between them, as it’s clear her loyalty is primarily focused on power rather than friendship.

Since The Babysitter 2 will likely do as the first did and capitalize on horror tropes, perhaps the resurrection of dead characters is a pointed plot device that’s intended to comment on how killers always manage to come back from the dead somehow – often without any sort of good reason. It wouldn’t be the strangest thing horror movies have done, and McG’s comedic brilliance in the first movie sets a promising – and high – bar for the future. If the actress returns, the sequel will surely give Samara Weaving, who has since gone on to become a modern-day scream queen in movies like Mayhem and Ready or Not, a chance to shine again.

Next: The Best Horror Movies On Netflix

Jack Wilhelmi is the horror features editor at Screen Rant, and has been with the site since 2019. He is a lifelong fan of the horror genre, and loves any excuse to discuss genre-related topics, since none of his friends dare challenge him in horror trivia. He has been published on the independent horror blog Morbidly Beautiful, and has covered major genre film festivals such as Cinepocalypse in Chicago. He has also served as a judge for the Ax Wound Film Festival.
In his free time, he is a devoted dog dad to a high-spirited rescue pup named Peter Quill and enjoys volunteering with various animal rescue organizations. Jack likes to travel and explore dark tourism-related and other various haunted locations. He enjoys studying psychology, the paranormal, and will watch literally any schlocky B-movie on the planet for a laugh. Follow him on Twitter @JackMacabre or his dog on Instagram @quillthethrill.