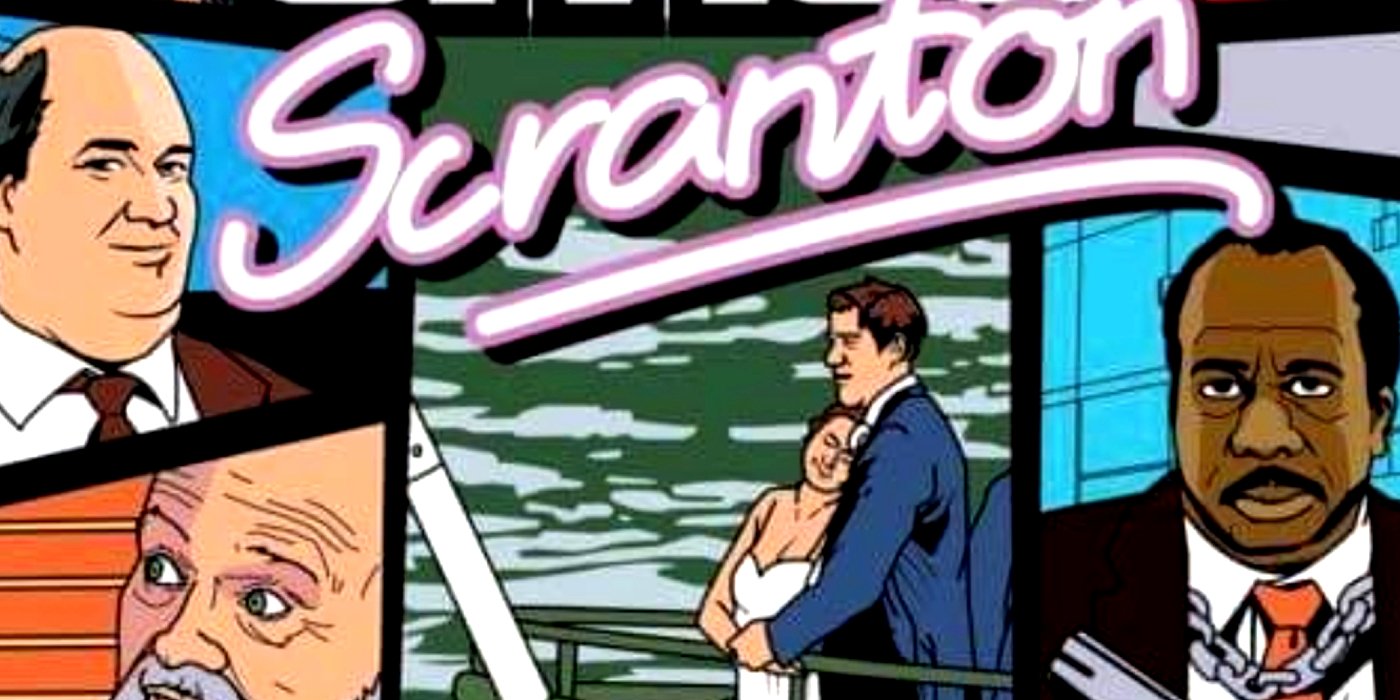 Some fan-made box art featuring a crossover between Grand Theft Auto and The Office is circulating the internet and it’s too perfect. After the success of Red Dead Redemption 2 and the ever-popular Grand Theft Auto Online, Rockstar’s next game has been confirmed to be Grand Theft Auto 6, but, contrary to a number of fan theories and rumors on the subject, there’s no telling when it will be announced or released.

Despite facing some studio problems – on which it has been working – Rockstar is committed to continuing the production and evolution of their most popular franchise. While the Red Dead and GTA developer’s fans tend to play titles belonging to both franchises, there is still a bit of debate as to whether Grand Theft Auto V or Red Dead Redemption 2 is the studio’s best game to date. Regardless, the company is no stranger to intriguing content that also borders on the mysterious and inexplicable, but it’s doubtful they will ever engage in such a drastic crossover as the one presented below.

Related: How To Find GTA Online’s Alien Costume (So You Can Join An Alien Gang)

With the recent buzz regarding the next Grand Theft Auto title, one fan of the franchise took to Reddit and posted a box art crossover between GTA and the beloved television series The Office. The GTA-themed art style showcases characters from the The Office and plasters their faces in the same comic-styled pattern native to Rockstar’s famous third-person shooter franchise. Moreover, the box art’s creator, who goes by the Reddit handle u/mayboss, aptly named the fake game Grand Theft Office: Scranton after the television show’s setting. Check it out here:

U/mayboss’ fan-made box art has received plethora of attention, with many commenters expressing their opinion that playing Creed, one of the most eccentric characters in The Office, in a GTA setting would be astounding. One user commented, “It would be worth it to see where Creed wakes up every morning,” referencing the number of strange locations players would find Trevor in during Grand Theft Auto V. Fans have already begun naming potential DLC for the crossover, such as Scranton Strangler DLC for $99.

Grand Theft Auto 6 should be a gaming goliath when it’s finally released, if the success of GTA V and Red Dead Redemption 2 are any indication. Rockstar is a company that is unapologetic for implementing content that many would find offensive, which is ironically one of the reasons so many players enjoy their content; it’s raw, gritty, and in some cases can provide a stress release and outlet for those struggling to come to grips with anger. Many of the characters in The Office also had issues with morality and anger, and although not including Prison Mike on the above Grand Theft Auto crossover art seems like a little bit of a miscalculation, it’s still a pretty perfect combination.

Next: Rockstar Is Donating 5% Of GTA Online & RDO Revenue To Relief Efforts