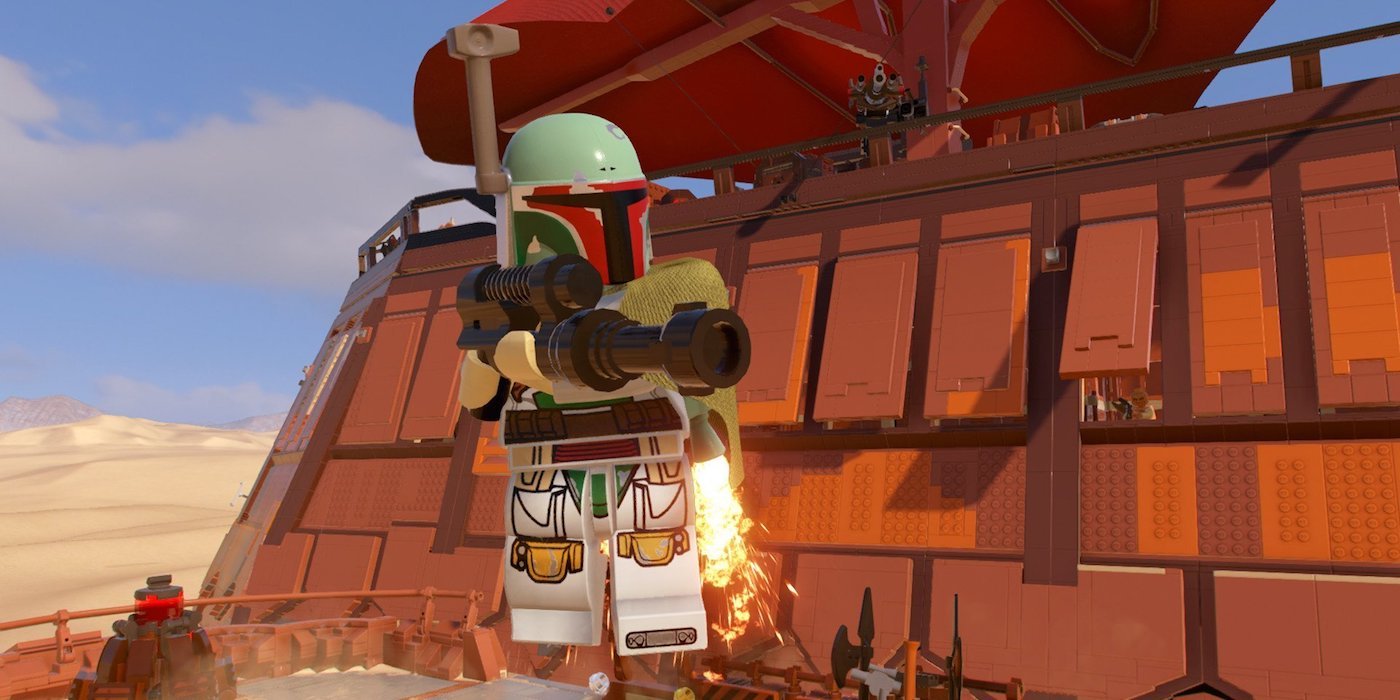 LEGO Star Wars: The Skywalker Saga retells the entire Star Wars story in one video game, and now audiences know when the game will be released.

After being revealed during E3 2019, LEGO Star Wars: The Skywalker Saga finally has a release date, and it’s before the end of the year. Back in 2005, LEGO Star Wars was created to tie-in with the release of Star Wars: Episode III – Revenge of the Sith, the final entry in the Star Wars prequel trilogy. The game was a huge success, and paved the way for a sequel following the events of the original trilogy. Eventually, the LEGO crossover games would become a huge brand in their own right, encompassing franchises as varied as Indiana Jones, Pirates of the Caribbean, Marvel, DC, and Jurassic World, among many others. At this point, the LEGO games are practically a genre unto themselves.

After the first two LEGO Star Wars games released on PS2, they were combined into a PS3-era title, LEGO Star Wars: The Complete Saga. Of course, the saga did not end with the two trilogies, and LEGO Star Wars III: The Clone Wars was created to tie-in with the hit animated series. That was followed by LEGO Star Wars: The Force Awakens, which helped bridge the gap between Return of the Jedi and the 2015 revival. Finally, E3 2019 saw the announcement of LEGO Star Wars: The Skywalker Saga, an ambitious title that would encompass all three trilogies in the main Star Wars story.

Related: LEGO’s The Skywalker Saga Is THE Star Wars Game You’ve Been Waiting For

Nearly a year after the announcement of the game, LEGO Star Wars: The Skywalker Saga now has an official release date. As reported by IGN, the highly-anticipated LEGO title will release on October 20, 2020. So far, the game is confirmed for PlayStation 4, Xbox One, Nintendo Switch, and PC. At least for now, the game is not scheduled to appear on PlayStation 5 or Xbox Series X.

The Skywalker Saga video game is not a compilation of the previous LEGO Star Wars games, and Traveler’s Tales did not simply port over the previous levels and call it a day. The Skywalker Saga is a full-on reboot of the LEGO Star Wars games, with brand new foundational gameplay changes and a complete retelling of the Star Wars storyline. The Force powers use real physics to move objects around, and blaster-oriented characters use dual-analog controls for maximum control. Every tenet of the game has been rebuilt from scratch, resulting in a completely new experience.

LEGO Star Wars: The Skywalker Saga is shaping up to be the biggest reinvention Star Wars has ever experienced. The basic LEGO gaming formula hasn’t changed very much since its inception, save for the addition of open worlds in titles like LEGO Batman 2 and LEGO City Undercover, but LEGO Star Wars: The Skywalker Saga aims to fundamentally reinvent every pillar of the LEGO franchise. With a concrete release date locked in, audiences won’t have to wait too much longer to find out for themselves if the transformation is successful.

Next: LEGO Star Wars: The Skywalker Saga Reimagines All 9 Episodes