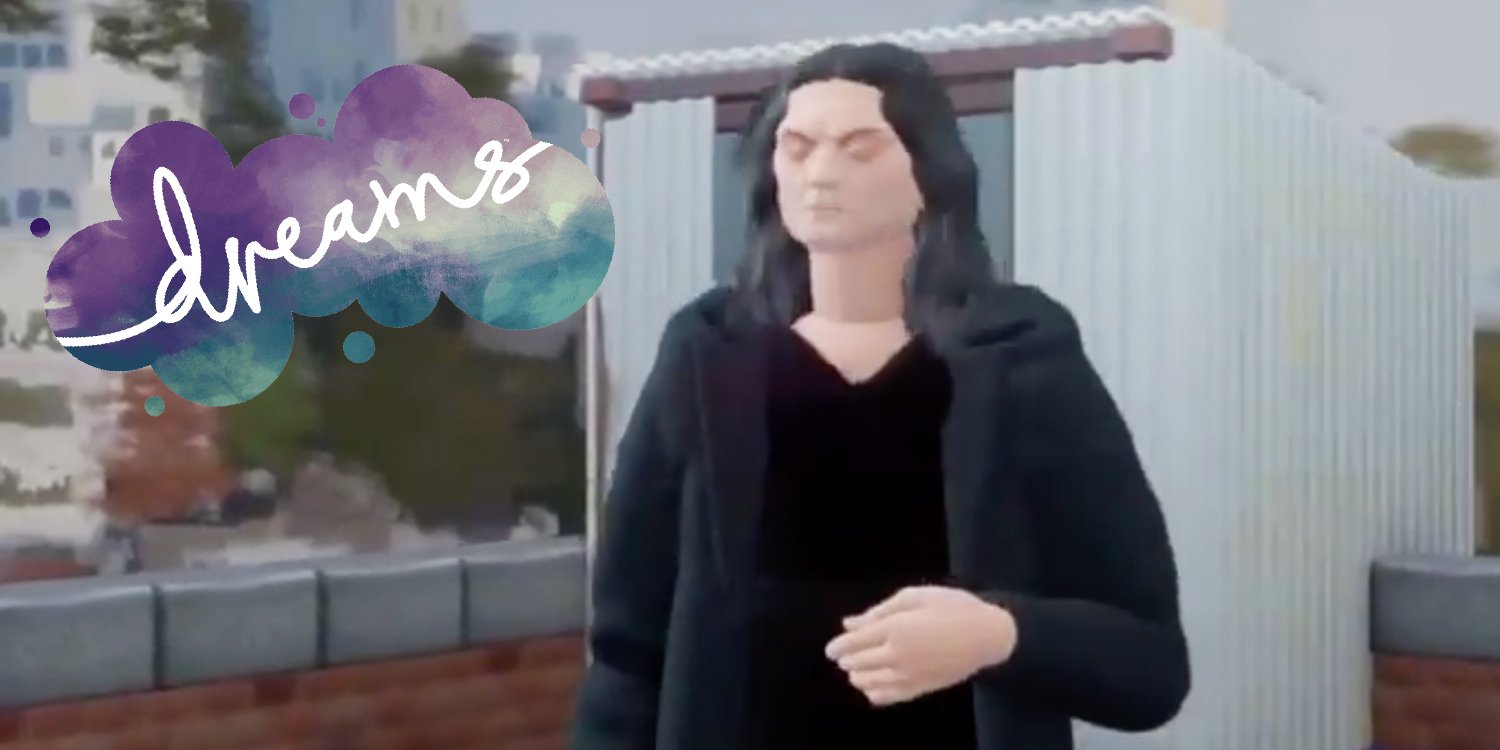 An iconic scene from Tommy Wiseau’s The Room has been re-created in Media Molecule’s Dreams and has somehow become even stranger. The Room, released in 2003 and written, directed, and starring mysterious and eccentric filmmaker Tommy Wiseau, is widely considered one of the worst movies ever made. The Room follows Johnny, a banker whose future wife Lisa cheats on him with his best friend, Mark. The film’s countless unresolved subplots, bizarre recurring themes, and laughable performances have led to a massive cult following with countless midnight theatre screenings and even a James Franco movie about its creation, The Disaster Artist. It’s still as fun to watch today, and tribute and references to the epitome of so-bad-it’s-good film still make the rounds in pop culture after seventeen years.

One such place to create tributes and re-makes of classic games, movies, and other works of art is the PlayStation exclusive Dreams, which launched out of Early Access this February. From LittleBigPlanet developer Media Molecule, Dreams provides players with a wide variety of creation tools that let users sculpt, paint, compose, record, program, and playtest whatever they want, as well as collaborate and share their creations with other players. Some creations are incredibly realistic, walking simulators, while others are fan projects for beloved shows. Some of the most impressive players have been hired by the developers, who went on to specify that players could even profit off their work made in the game.

Related: 10 Movies Where The Acting Is So Bad It’s Good

In a short video tweeted by Wiseau, some users use the infinite possibilities of Dreams to make their own spin on an iconic scene from The Room. Johnny, upon hearing that Lisa is lying about domestic abuse, storms onto the roof, exclaiming, “It’s not true, it’s bullsh-t! I did not hit her! I did not!” After angrily throwing a water bottle, he spots his best friend Mark off-camera and calmly says, “Oh hi, Mark.” The apparent green-screen background, strange delivery from Wiseau, particularly on “I did not!” and complete reversal of tone when greeting Mark, makes the scene a memorable standout in a movie packed with oddity. Johnny’s lines are perfectly synced and animated within Dreams, although the video ends slightly differently than its source material.

Many Dreams players have uploaded short videos or playable experiences base don existing IPs and franchises. However, not all are viewed innocently, after Nintendo shut down many games based on its mascot Mario. Wiseau himself tweeting out the video–with no caption, so its creator remains unknown–signifies that he’s not that bothered by re-creations of his infamous movie within Dreams. This is true to form for the quirky director, who once created a mash-up between his work and the Marvel cinematic universe. It’s possible that Wiseau even made this himself. For one, the creator of this clip certainly knew a lot about The Room, as the ending references other scenes in the movie where Johnny, Mark, and their friends inexplicably throw a football around.

Dreams is a remarkable and ambitious project by Media Molecule, which encourages creativity and collaboration and has led to some breathtaking visuals, clever games, and catchy music for players to enjoy. Still, it’s good to know there will never be a shortage of creations that don’t take themselves too seriously, like this weird, silly homage to one of the strangest films ever made. Maybe one day, Tommy Wiseau will re-create the entirety of The Room in Dreams, but until then, this 10-second clip should satiate fans of the disasterpiece.

Next: Dreams Review: A Stellar And Enjoyable Creation Tool