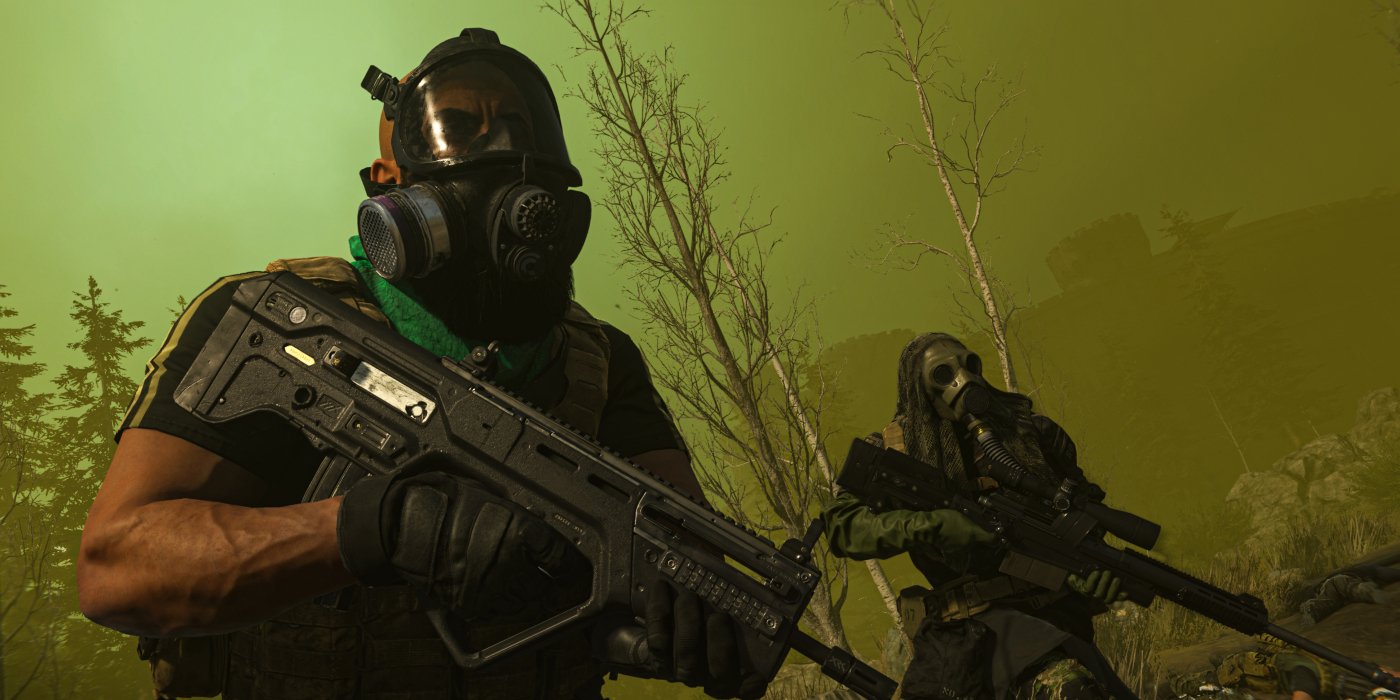 Call of Duty’s take on the battle royale genre, Call of Duty Warzone blends realistic first-person shooter mechanics with the hyper-intense formula of battle royale titles. One of the most addicting takes on the ever-growing genre, Warzone combines the addicting qualities of battle royale titles with the smooth and polished systems of Call of Duty Modern Warfare. Hosting an array of powerful guns, perks, explosives, killstreaks, and attachments, there is plenty to work towards in Warzone. With a mammoth 150 player in one match, Warzone immerses players in a quasi-realistic war scenario. Forcing players to survive in one of the most intense experiences available on the modern video game market.

Related: 5 Useful Tips For First Time Call Of Duty Warzone Players (& 5 That Seasoned Players Might Not Even Know)

As players airdrop into the chaotic world of Warzone it is apparent there is a clear divide between the best and worst guns in the game. One of the most useful, and commonly used guns in the entire game is the assault rifle weapon. A blend of long-range firepower with incredible stopping power in close-quarter-combat assault rifles is considered to be the best gun in the game. However, that doesn’t mean all assault rifles are quality, some are even considered to be useless. This guide will present the 3 best assault rifles to have, considering their ease of use, frequent drop rates, and factoring in how easy it is to level them up and upgrade them within your personal loadouts.

The first assault rifle on the list is the commonly found, FN Scar. A powerful assault rifle that dishes out insane damage, at the cost of a smaller magazine.

Many players will find different variations of the Scar throughout the map of Warzone. It is a commonly dropped item and is arguably the most found gun in the game. Even in its base variation, it is a force to be reckoned with, provided its incredible damage output and stopping power.

It is one of the most powerful assault rifles in the category and is one that almost every Warzone player should use. Its only downside is its 20 round magazine, which can be quickly depleted if a player is not careful.

An all-around quality weapon, the M13 should be at the top of every player’s list to level up, and equip useful attachments to.

Hosting incredibly accuracy and fire rate, the M13 is another commonly found gun within the map 0f Warzone. Given its common usage, it is easy to level up this gun and unlock powerful attachments onto it, increasing its effectiveness. It boasts some of the best control in the game, making an excellent choice when playing through Warzone.

Why the M4A1 is the Best Assault Rifle in Warzone

As mentioned the M4 is a jack of all trades type of weapon. Capable of doing just about anything well in the game, as it levels up and receives new upgrades, it becomes a deadly weapon in the right hands. The M4 is just as good close-range as it is at long-range, boasting excellent accuracy in both scenarios.

Choosing the M4 as your primary weapon is ensuring that you have a good weapon to rely on when it matters the most.

Call of Duty Warzone is available on PC, PS4, and Xbox One.