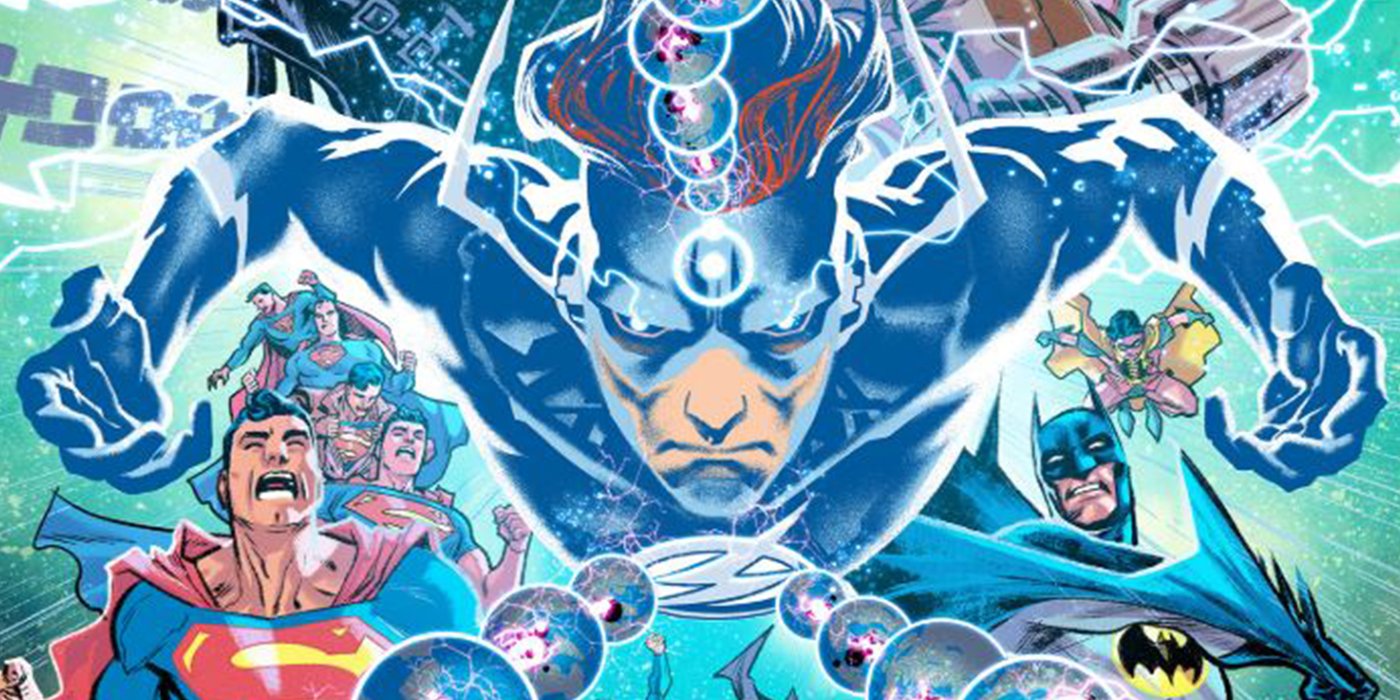 Wally West has had a pretty insane journey recently in the pages of DC Comics. The fan-favorite speedster returned to the timeline, was involved in a gruesome murder, was at the will of a cosmic entity, and most recently, jumped on the Mobius Chair to become the new Dr. Manhattan of the DC Universe. Wally’s next adventure doesn’t get any less bleak.

On Saturday, writer Scott Snyder revealed Wally will be involved in his upcoming Dark Nights: Death Metal series with Greg Capullo. The sequel series to the popular Dark Night: Metal and its subsequent spinoffs will see the Earth consumed with Dark Multiversal energy. The villainous Batman Who Laughs reigns supreme, while the remaining heroes, such as a chainsaw-wielding Wonder Woman, a long-haired Superman, and a grim reaper-esque Batman will try to save the world on the brink from being engulfed by darkness.

Snyder shared a somewhat ominous image of Wally West (in his Dr. Manhattan form) staring at a grave alongside Wonder Woman and a severely malnourished Swamp Thing. The image is the first tease that Wally will in some form be a part of Death Metal. Given the fact he sits atop the Mobius Chair (and presumably has the same powers as Dr. Manhattan), he might be there to observe the future hellscape. It’s still unclear what Wally can do now that he’s got the powers of a God remixed with that of the time-traveling chair. If he is part of the main story, that’s good news for the heroes who could use all the help they can. But, it’s also possible he’s just there to watch it all unfold.

It’s sadly fitting that Wally West finally saved his kids from being wiped from existence and returned them to his wife Linda, memories in-tact, and he can’t enjoy their return. Part of his deal to returning the kids involved him taking on the new Dr. Manhattan role. Going from one universe-destroying story to another is apt for Wally’s journey – the dude has been involved in some of the most misery-riddled stories DC has to offer. Hopefully, if he makes out of Dark Nights: Death Metal in one piece and returns to his original timeline, he gets rewarded with having a normal life. Right now, even with the powers of a God, Wally is one of the unluckiest heroes in comics. He could use a win. As for now, Wally West is heading to the apocalypse.

Liam McGuire is a comics editor for Screen Rant. Hailing from Nova Scotia, he has worked for numerous publications including Cineplex Canada, MLB.com, Vice, CBR.com, and more. You can reach out to him directly at [email protected]