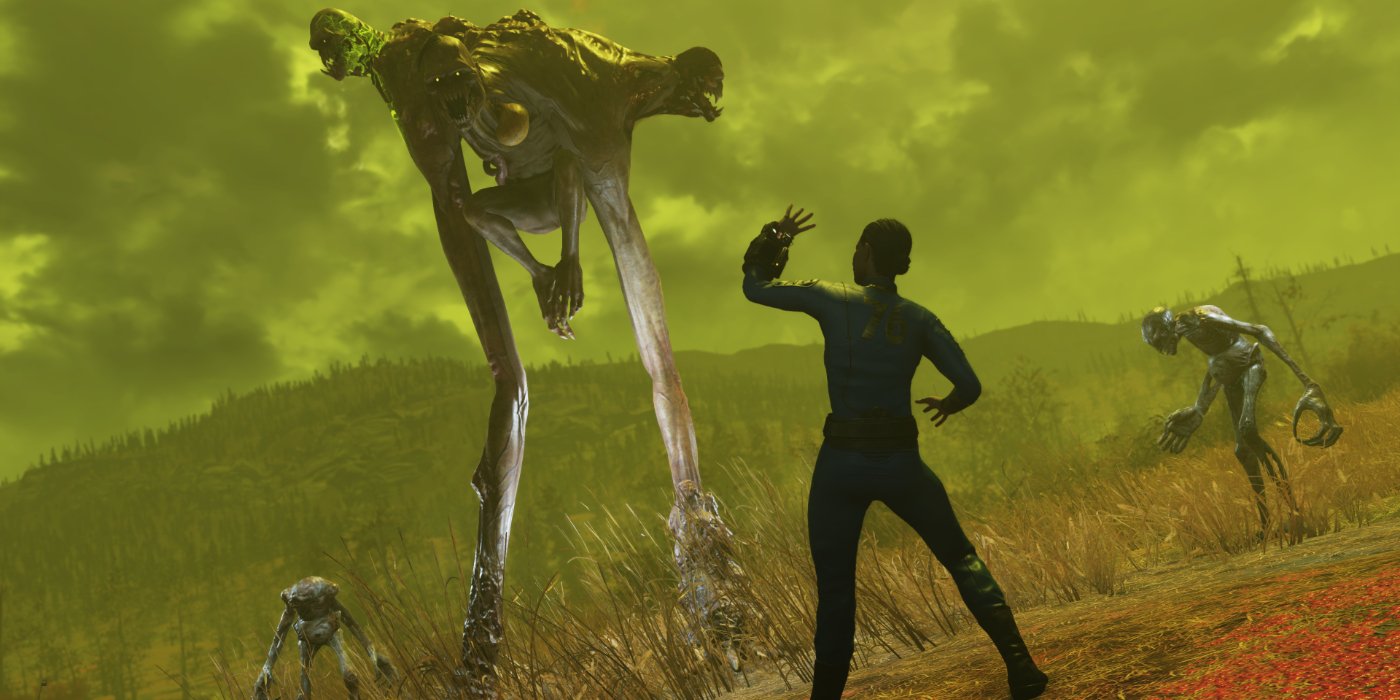 Initially releasing in November of 2018, Fallout 76 was somewhat of a groundbreaking title for Bethesda, but for all the wrong reasons. The games developer and publisher received an inordinate amount of criticism for their poorly conceived and created game. Featuring the open world of Appalachia, fully explorable, and rife with monsters to kill. However, unlike their past titles, Fallout 76 removes any notion of NPC interaction that made their past games so well-received. It was also flooded with bugs, technical issues, broken PvP, and lack of player agency.

Related: Some Fallout 76 Players Will Be Evicted (But Bethesda Offers To Help Them Move)

On Fallout’s official website, Bethesda discussed a new currency it added to the game. Much to the relief of many fans, this new currency, the Gold Bullion, is in-game and gave players the ability to purchase previously removed items. Players may begin earning them once they finish the main quest. One can receive this currency by exchanging their acquired treasury notes at a Gold Press Machine, and then use this currency at one of three vendors scattered around the world. There is a daily limit on the exchange, and a weekly limit on purchasing them from vendors with the first in-game currency, caps. Bethesda also announced that “Vault 94 and its missions have been shut down along with the release of Wastelanders.” Bethesda mentioned that players can buy the items earned from the removed missions with these Gold Bullions.

Bethesda’s own Creation Engine (much maligned for its dated visuals and performance) struggled to maintain itself with multiple users playing alongside each other, creating multiple disconnects and ultimately glitchy worlds. While the studio went dark after release, it soon began to slowly update the game, revealing the production of the Wastelanders expansion which is said to bring actual NPCs into the game. It was delayed for many months but promised to bring a more quintessential Fallout experience to the players. Many feared for the game’s longevity thanks to the predatory microtransactions that existed in the game’s store.

Wastelanders has been relatively well-received, with various players on the game’s Reddit page mentioning the many promising changes they have just begun to experience. Creating a personalized story was of utmost importance to Bethesda with Wastelanders, so the newly added NPC interactions allow players to create specialized choices that build their character’s lore. While the game still has its fair share of bugs, the improvement of Fallout 76 has been notable to longtime fans of the series and game.

Next: Fallout 76 Is Trying To Make Dialog Choices Matter In Wastelanders Update