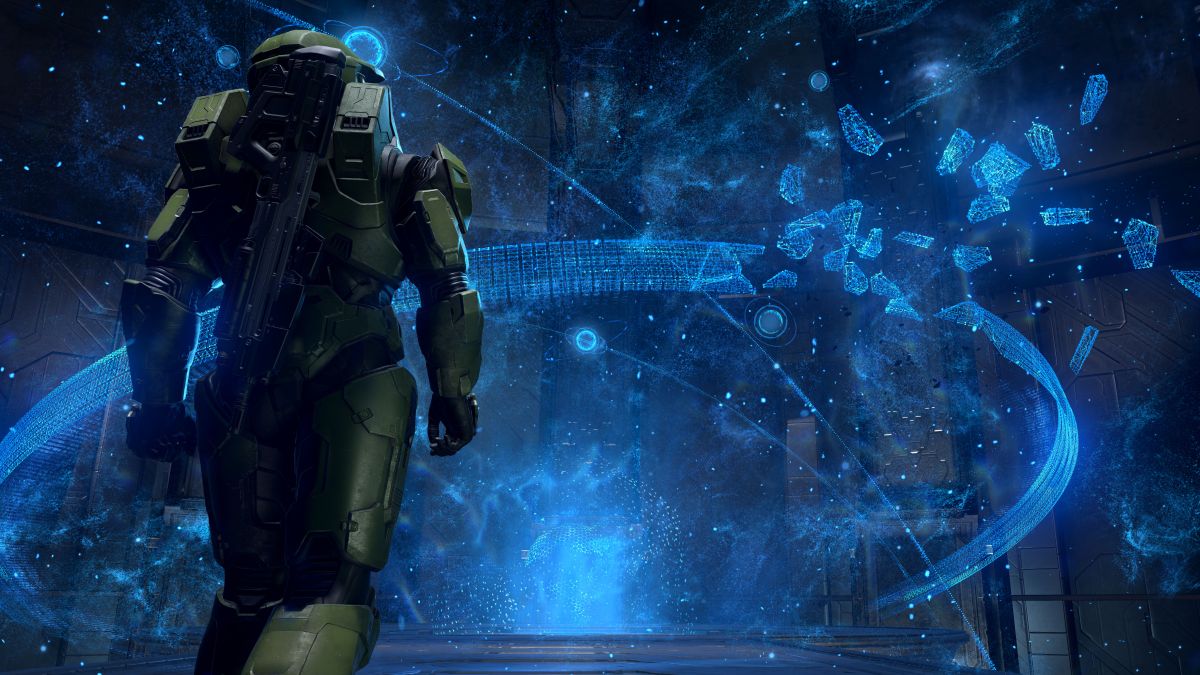 Faster and capable of more advanced graphics than its predecessors, Microsoft’s next-generation hardware promises to be the most powerful games console in the world when it launches late in 2020 – even more so than the PS5, which is expected to hit shelves around the same time.

Microsoft has been slow to announce exclusive launch titles for the console given its release is still a while off, but it has been more forthcoming with its plans for backwards compatibility and cross-generational potential. In February, Microsoft revealed a bit more about the Series X’s high-powered specs, its plans for four generations of backwards compatibility and something called Smart Delivery – which will apparently make sure your Xbox games always perform at their very best, whether you’re playing on next or current-gen.

Release confirmations and suggestions from third party developers are also starting to trickle out. But we still don’t know a huge amount about what games are coming to Xbox Series X and, if you’re thinking about signing up for the next Xbox, then you’ll want to keep track of what titles you might be playing.

So without further ado, we’ve gathered together this handy guide to all the Xbox Series X games Microsoft has confirmed – and some that we expect to see.

Halo Infinite is was the first title that Microsoft confirmed for Xbox Series X – so we definitely know Master Chief is making the jump to the next-generation console.

Not only that, but Halo Infinite will be a launch title for Series X, releasing in Holiday 2020 alongside the console (or consoles). It’s not particularly a surprise, considering Master Chief has served as the face of Xbox for nearly 18 years…

According to Microsoft, Halo Infinite (like all exclusive Xbox game Studios titles) will use the new Smart Delivery feature. That means you only have to purchase the game once, and you’ll have the access to the best available version for whichever Xbox console you choose to play on.

CD Projekt Red was reticent to say whether or not its upcoming title will be releasing on the next generation of consoles. Thanks to a tweet by the developer, we now have confirmation that Cyberpunk 2077 will be coming to Xbox Series X – and the game will even make use of Microsoft’s new Smart Delivery feature.

After gauging interest with a playable teaser, developer THQ Nordic has confirmed that it’s going to remake its 2001 cult classic and bring it to Xbox Series X.

Nordic is planning to “stay as faithfully as possible to the original experience” and modernise gameplay mechanics but it’s also promised fans that it’ll be playing close attention to player feedback from the playable teaser; already the developer has said that it’s hearing calls for a “grittier and less colourful world”.

Development is still in the very early stages, though, and we shouldn’t expect to see it launch on Microsoft’s console in 2020.

Rainbow Six Siege director, Leroy Athanassof, has confirmed in an interview with Windows Central that Ubisoft’s plan is to have the online tactical shooter be available on Xbox Series X from the console’s launch day.

Ubisoft doesn’t want players to face being split up from their friends just because some have jumped into the new generation when others haven’t so it’s also been confirmed that the game will support cross-gen play. That means Xbox Series X players will still be able to play with the Xbox One friends.

Xbox Series X’s name and design was officially revealed during the Game Awards 2019. Alongside a look at the next-gen console we also recieved an official announcement that there’s another Hellblade on the way – and it’s coming to the next Xbox.

We don’t know much about what Senua’s Saga: Hellblade 2 will be about but the announcement trailer, harnessing the Series X’s next-gen technology, was extremely impressive – and it’s likely the game will make use of Smart Delivery.

People Can Fly has confirmed that its upcoming co-op shooter Outriders will land on both PS5 and Xbox Series X in “Holiday 2020” (AKA between October and December this year) – the same release window that we have for both next-gen consoles.

We don’t know a huge amount about Outriders just yet, but the developer has described it as “a co-op RPG shooter for a new generation set in an original, dark and desperate sci-fi universe”.

The Lord of the Rings: Gollum

Announced in March 2019, Daedalic’s Gollum game has now been confirmed for PS5 and Xbox Series X.

The developer confirmed to Edge, that The Lord of the Rings: Gollum will be a “stunning next-gen adventure”. Previously Daedlic confirmed Gollum will release in 2021 for PC and “all relevant console platforms at that time”. Whether the game will be cross-generation (releasing on PS4 and Xbox One also) is still unconfirmed however.

But what will the game actually be about? Gollum is an action-adventure which focuses on the ring-obsessed creature. According to Daedalic, the narrative-driven game”tells Gollum’s story from a perspective never seen before … while staying true to the legendary books.”

Just like Watch Dogs Legion, Gods and Monsters is another title from Ubisoft announced for Xbox at E3 2019 that’s been delayed from its original early 2020 release into the next financial year.

Knowing now that we could see Gods and Monsters released any time between April 2020 and March 2021, we’ve long thought it’s likely that the title will make an appearance on the Xbox Series X platform.

This has now been officially confirmed. Along with Rainbow Six Quarantine and Wathdogs: Legion, Ubisoft CEO Yves Guillemot has said it will be coming to the next-gen platform.

Rainbow Six Quarantine was first confirmed during Ubisoft’s E3 2019 press conference. It was never given a solid release date but it has since been delayed into the 2020-2021 financial year.

So, while we still don’t know a release date, this delay has pushed the game closer to the Xbox Series X launch and increases the likelihood we’ll see it playable on the next generation of consoles. Of course this has now been officially confirmed by Ubisoft CEO Yves Guillemot in an earnings call to investors in November, 2019.

First announced at E3 2019, Watch Dogs Legion was initially confirmed for a March 2020 release. However, since then Ubisoft has confirmed that the game will now be delayed into the next financial year which runs from April 2020 to March April 2021, meaning Watch Dogs Legion could see a delay of as little as a month or up to a year.

This delay does, however, make it more likely than ever that Watch Dogs Legion will launch for Xbox Series X as a cross-generation title. Which has now been officially confirmed by Ubisoft CEO Yves Guillemot in an earnings call to investors in November, 2019. Watchdogs: Legion will be joining Rainbow Six Quarantine and Gods and Monsters on the next-gen platform.

It’s been officially confirmed that the latest version of the FIA World Rally Championship will officially hit Xbox Series X and PS5. The racing title will release in September 2020 for PC, Switch, Xbox One and PS4, but will also release on next-gen consoles.

“The introduction of new-generation gaming consoles is a wonderfully exciting step and we’re delighted WRC 9 will be the first rally game to become available to gamers on such platforms,” WRC Promoter managing director Oliver Ciesla said.

According to the game’s website, WRC 9 will feature rallies in Kenya, New Zealand and Japan from the 2020 WRC calendar, alongside over 400km of roads from all 13 scheduled rounds of the 2020 season.

During an interview with Wccftech at E3 2019, developer Techland confirmed Dying Light 2 is set for next-gen consoles.

“Techland always has an eye on the latest new toys!” Techland’s chief technology officer, Pawel Rohleder, said. “To be more specific – yes, the plan since the beginning of production has been to make Dying Light 2 a cross-generation title.”

A surprise announcement during XO19 was Rare’s next original title: Everwild. This game is still in the very early stages of its development and there’s no release date just yet. This certainly suggests that the game could be a cross-generational title, launching on Series X and Xbox One as an exclusive.

We don’t know much about Everwild just yet but Rare has said that it will “give you memorable, engaging and meaningful experiences for players everywhere to share.”

Bethesda has quite a lot of projects in the works, but the one we seem to know the least about is Starfield. All we know so far is that Starfield is the gaming behemoth’s first new IP in 25 years and will be a single player RPG set in outer space.

Having only seen an announcement trailer, we don’t expect Starfield to release until at least 2020 which means it will land in the prime window to become an Xbox Series X game. Bethesda hasn’t let slip if this will be the case, but it seems likely we will be venturing into Bethesda’s galaxy on next-generation consoles.

As we said, Bethesda has been pretty busy behind the scenes since E3 2018. Not only is Starfield on the cards, but the long-awaited Elder Scrolls 6 has also been confirmed to be in the works.

Bethesda’s Todd Howard has already stated that The Elder Scrolls 6 won’t be coming out until after Starfield. So it’ll be a while before we venture into Tamriel again, likely on next-generation consoles.

Ok, yes, we are being a bit hopeful here – mainly because Grand Theft Auto 6 has not been announced by Rockstar Games. But it’s almost guaranteed that we will see a new instalation in the Grand Theft Auto series, and it’s not going to be for a while.

Therefore, it is likely that a release date will fall into the next generation, making GTA 6 an Xbox Series X game.

Again, the Final Fantasy 7 Remake has not been confirmed to be an Xbox Series X game but Square Enix has confirmed the title will come to PS4 first – with an Xbox One and PC release likely in the future .

Given the age of the Xbox One, and the ambitious nature of the game – it’s coming in multiple episodes across a multi-year release schedule – a cross-generation title with next-gen platforms isn’t out of the question. So we’re definitely hoping to see the Final Fantasy 7 Remake on Xbox Series X.

Electronic Arts has confirmed that Battlefield 6 is on the way, and that it’s coming to next-generation consoles.

EA didn’t confirm which consoles (so we will keep Battlefield 6 in the rumored section for not) but, regardless, it’ll be a few years before we see the shooter on any next-gen consoles as the publisher wants to give the platforms time to build a strong player base. But Xbox Series X looks very likely.