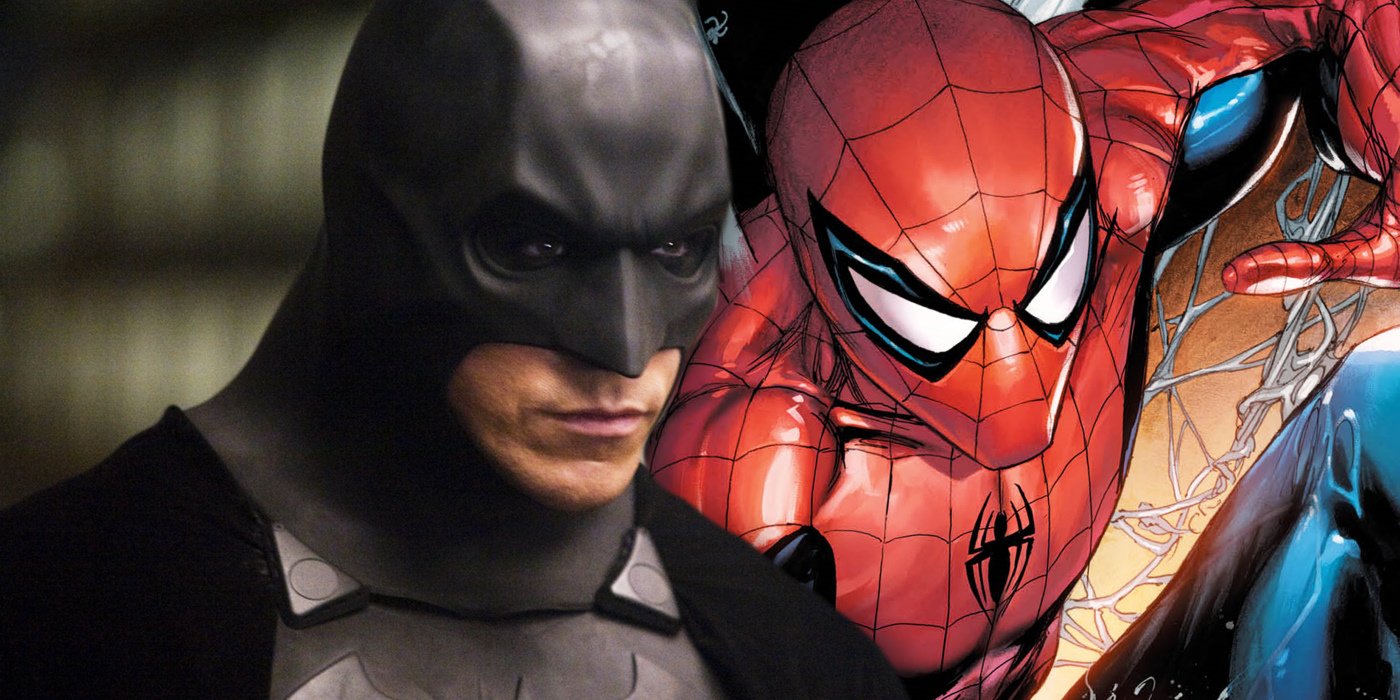 To hide his true identity from the world, Batman has worked hard to make his alter ego Bruce Wayne appear to be an irresponsible billionaire playboy with multiple girlfriends. However, it seems that Bruce’s womanizing ways go beyond the DC Universe and into the Marvel Universe as well.

In a few blink-or-you’ll-miss it scenes from Spider-Man’s original marriage to Mary Jane Watson, Bruce actually made a play for MJ the night before her wedding. While Bruce’s true identity is kept intentionally ambiguous, many fans believe MJ’s admirer may have been Marvel’s counterpart to DC’s infamous playboy.

In The Amazing Spider-Man #21, readers follow both Peter Parker and Mary Jane Watson in the days leading up to their wedding – and learn that both of them almost experienced cold feet. Peter still had to let go of his feelings for Gwen Stacy, along with his insecurities over being able to provide MJ with the lavish lifestyle she enjoyed as a top model. Mary Jane, on the other hand, began receiving calls from someone named “Bruce” who MJ said she knew from Hollywood. According to MJ, Bruce wanted to take her to his villa in the south of France to talk her out of her “marriage madness.” Mary Jane claimed Bruce was “kinda wild” and fabulously wealthy – something that only increased Peter’s insecurity.

MJ’s admirer continued to make his presence known. Shortly after calling MJ, Bruce had one of his agents gift her a Ferrari containing two tickets to Paris and a taped message asking MJ to meet him at his hotel. He later picked her up in a sportscar (although readers couldn’t see his face) and continued seducing MJ, who seemed to take his forwardness in stride. Later, however, MJ visited Peter and appeared more withdrawn, suggesting Bruce’s efforts were beginning to take an effect. Bruce made one final play for MJ literally hours before her wedding. After exiting her bachelorette party, MJ found Bruce waiting in his car and offering to take her to the airport. MJ actually got into the car with him – but in the morning she showed up (late) for her wedding with Peter (who was also late, having spent the night getting over his fears of losing MJ the way he lost Gwen).

Sleazy as “Bruce’s” actions seemed, he did end up with one redeeming quality. Shortly after saying their wedding vows, Peter expressed his disappointment to MJ that he wouldn’t be able to pay for a honeymoon. In response, MJ showed him the first-class tickets to Paris along with the keys to a private villa, which she said were “a wedding present from a friend.”

Peter and Mary Jane spent a great two weeks at Bruce’s lavish villa in The Spectacular Spider-Man Annual #7 (although Peter’s old enemy the Puma interrupted some of the festivities), and Bruce finally bowed out of the Parkers’ lives. While the “Bruce” who chased after MJ seems a bit too much of a womanizer to be DC’s Bruce Wayne (who only pretends to be an arrogant playboy to keep others from finding out he’s Batman), it should be noted that Marvel has a history of putting non-powered alternate versions of DC heroes in its comics. Several issues of Web of Spider-Man and Thor show various heroes meeting Clark Kent and Lois Lane (who apparently are just reporters in the Marvel Universe).

So, while MJ’s admirer may not have been Batman in his civilian guise, it’s presumed she could have caught the eye of the Marvel Universe’s counterpart to Bruce Wayne. Someone who had all the wealth of a Wayne, without the childhood trauma or the need to dress up like a giant bat. Frankly, a guy like that would be considered a catch by many women – but Mary Jane clearly prefers spiders to bats.

Next: Spider-Man: 20 Things About Peter and Mary Jane’s Relationship That Make No Sense

Michael Jung is a mild-mannered freelance writer-for-hire, actor, and professional storyteller with a keen interest in pop culture, education, nonprofit organizations, and unusual side hustles. His work has been featured in Screen Rant, ASU Now, Sell Books Fast, Study.com, and Free Arts among others. A graduate of Arizona State University with a PhD in 20th Century American Literature, Michael has written novels, short stories, stage plays, screenplays, and how-to manuals.

Michael’s background in storytelling draws him to find the most fascinating aspects of any topic and transform them into a narrative that informs and entertains the reader. Thanks to a life spent immersed in comic books and movies, Michael is always ready to infuse his articles with offbeat bits of trivia for an extra layer of fun. In his spare time, you can find him entertaining kids as Spider-Man or Darth Vader at birthday parties or scaring the heck out of them at haunted houses.