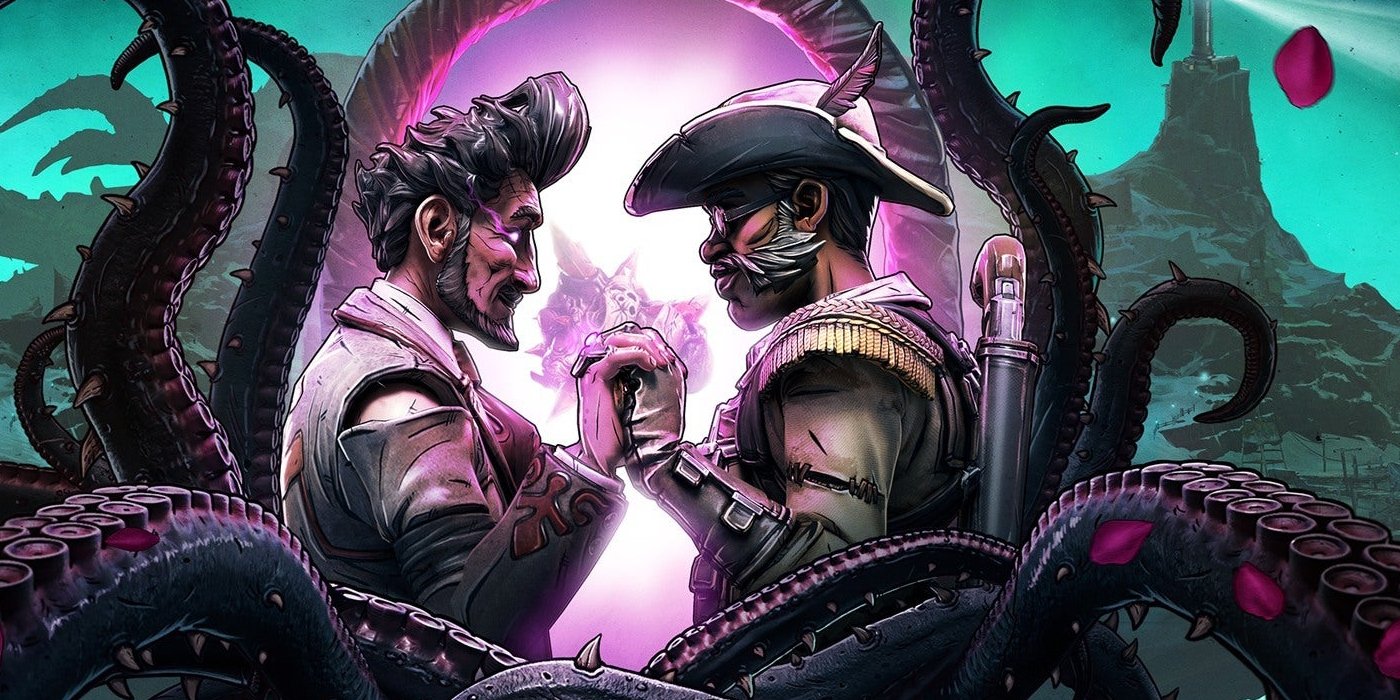 A poster within the new DLC for Borderlands 3 hints at the possible return of one of the series most popular vault hunters. Borderlands 3 released back in September of 2019 to mostly positive reviews. Since release, the game’s developer Gearbox Software has supported Borderlands 3 with free updates, such as “Halloween: Bloody Harvest” and “Valentines Day: Broken Hearts Day” and with paid DLC expansions.

As first reported by Game Rant, if an in-game poster is to be believed, then it seems that Gearbox is hinting at the possible return of Salvador the Gunzerker, an iconic Borderlands character who last appeared in Borderlands 2. Salvador was one of six playable vault hunters in Borderlands 2 and served as a “tank/DPS” within the game. Now it seems that he may be set to return in one of the next two Borderlands 3 expansions.

In the expansion Guns, Love and Tentacles, there’s a hub center called the Lodge. Within the Lodge, there are three “wanted” posters. Two of the wanted criminals are available to track down in side quests, and upon completion, their posters will be stamped “paid.” However, the third poster is of Salvador, who is apparently wanted for skipping out on his bar bill. This reference in and of itself may not be enough to suggest that Salvador is going to return in a future DLC, but considering how Gearbox loves easter-eggs and in-game teasers, it’s fair to assume that the game developer might be foreshadowing some sort of forthcoming cameo.

As of now, all that’s known about the next Borderlands 3 DLC is that it’s going to supposedly feature “cowboys and dinosaurs.” That sounds like a perfect opportunity to re-introduce Salvador the Gunzerker, but then again, there aren’t many Borderlands concepts in which the Gunzerker wouldn’t fit in. It’s going to be a long wait until the next expansion though, so Borderlands 3 fans will have plenty of time to discuss whether or not Salvador is going to return or not.

Next: Borderlands 3: Every Achievement in the Game (& How To Get Them)

Chris is a writer here at Screen Rant. He also writes film/TV analysis and short stories on and off the web. In 2019, Chris graduated from Emmanuel College with a Bachelors degree in Writing, Editing and Publishing. In his free time, Chris enjoys watching his hometown Boston Red Sox and Celtics. Follow him on Twitter @ChrisHeckmann for all things gaming, movies and sports.