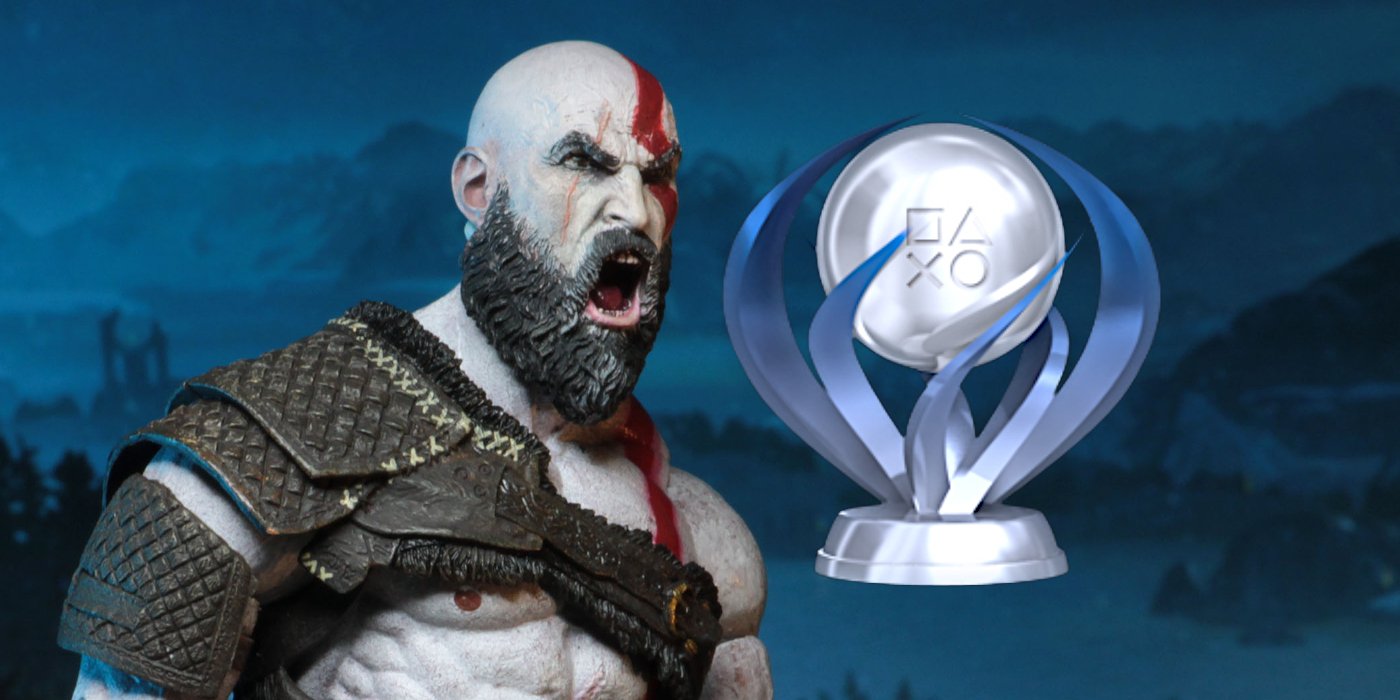 Unlike some people in gaming’s high places, God of War director Cory Barlog is one of the few industry voices that players just can’t get enough, and now he’s informing them that he’s never gotten a platinum trophy in a PlayStation game. That’s a relatively bold admission for a man who makes somewhat punishing video games for a living, but fans continue to love him – for now, that is.

For most players, meta-milestones like Xbox achievements and PlayStation trophies are simply a nice little indicator of progress as they play through a single-player or multiplayer game. However, for others, achievement and trophy-hunting is a lifestyle, and earning one’s first platinum trophy or clearing out a game’s entire trophy list is a rite of passage for glory-seeking PlayStation gamers. Developers may be at the helm of not only achievement and trophy requirements, but also the actual gameplay systems that contextualize them, yet many players are often surprised to learn that developers are often too busy creating games to play them extensively enough to earn shiny milestones of their own.

Related: God Of War Director Has Tons Of Inane Reasons Why GoW Is Better Than The Last Of Us

Responding to an official PlayStation tweet asking players what their first-ever platinum trophies were, Cory Barlog weighed in with a response that caught many off-guard. Despite being the acclaimed Sony Santa Monica Studio’s creative director, his deep, dark “Quarantine Truth” is that he’s “never Platinumed a game.” That statement is mildly deceptive as he later revealed to a fan dismayed that he hadn’t at least beaten God of War to completion, clarifying “I mean, I did all the stuff in my game to get a platinum, only it was before it released, so I did not get the trophy.“

I mean, I did all the stuff in my game to get a platinum, only it was before it released, so I did not get the trophy.

It’s neither hard to assume nor damning for Barlog that his excuse for not having earned launch-enabled trophies for other PlayStation titles plainly rests in the fact that the man is likely far too busy developing Sony first-party exclusives and engaging in his usual online shenanigans like this. Fans have enjoyed picking his creative brain about God of War and past titles, and anything he isn’t asked, he gladly offers up on his own volition, having previously shared interesting tidbits like the origins of Kratos’s nickname for Atreus and the eyebrow-raising fact that Christianity is canonically real in the game’s universe.

With the next console generation right around the corner, it’s not too late for Barlog to earn his first-ever platinum trophy or rare achievement on the upcoming PlayStation 5 or Xbox Series X. Moreover, the franchise over which he presides predates trophies by quite awhile – and Kratos has successfully made the jump between new PlayStation consoles twice over by now – so hopefully Barlog doesn’t forget to bring a next-gen God of War along on his quest for platinum.

Next: God of War Creator Is Furious People Are Calling Kratos A Misogynist