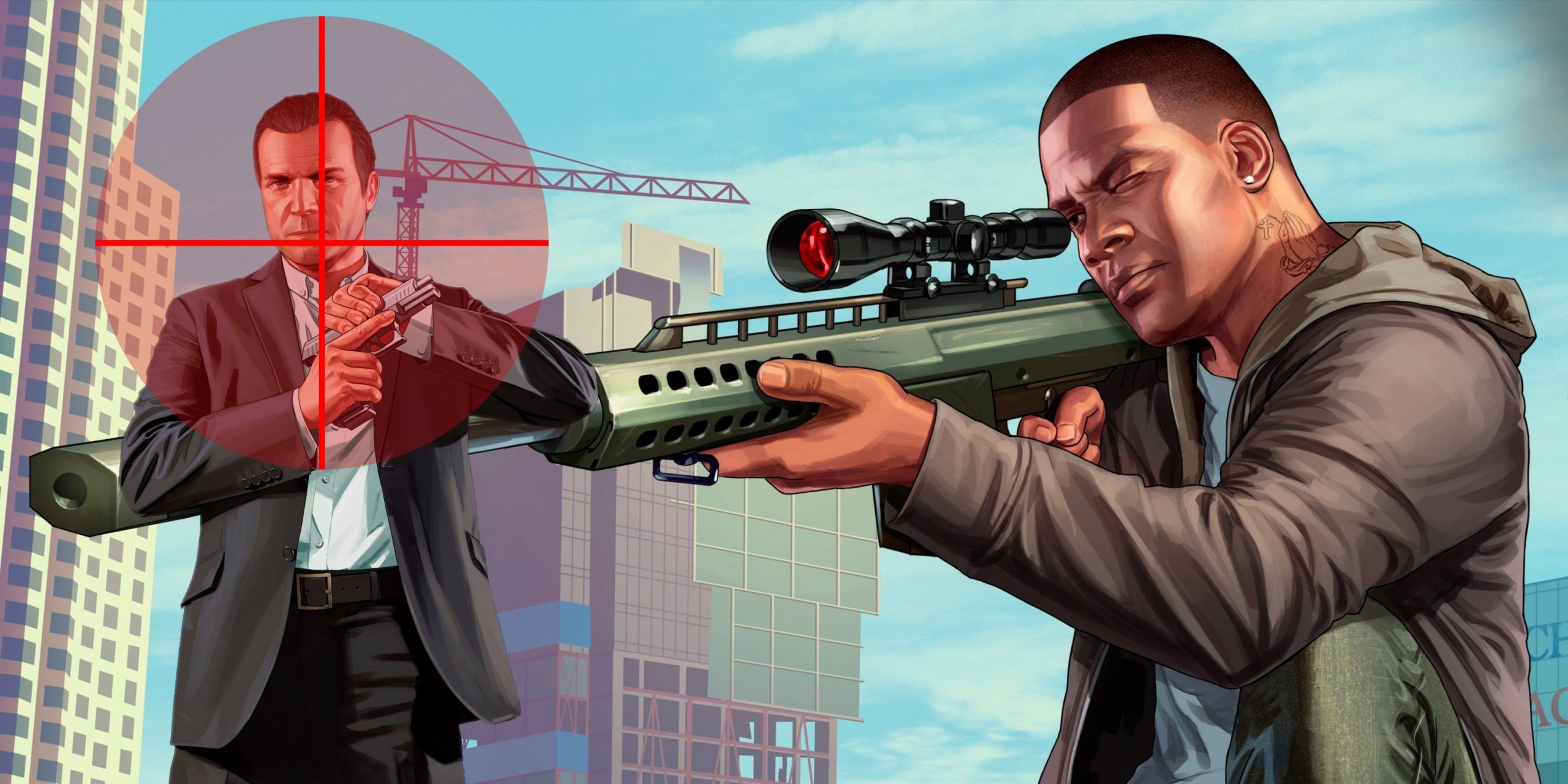 There are three separate endings to Grand Theft Auto 5′s single-player story, each with a very different outcome. Players, in the role of GTA 5 protagonist Franklin Clinton, must choose to kill other protagonist Michael De Santa or Trevor Philips, or to team up with both to take down every threat around them.

Prior to the ending, GTA 5′s protagonists rob the Union Depository bank of $200 million in a mission called “The Big Score,” after which Franklin goes home to cool down from the many, many arguments that unfolded during the high-profile heist. Antagonists Steve Haines and Devin Weston approach Franklin, each ordering him to kill one of his comrades. Haines, an agent of the FBI-equivalent FIB who has been coercing the protagonists into working for him, wishes Trevor dead on account of his unpredictability, which makes him a liability. Billionaire Weston failed to have Michael’s family killed as revenge for the accidental death of his lawyer, so he enlists Franklin to finish the deed instead. Franklin’s third option is to ignore the antagonists, enlisting Michael and Trevor’s help to take down Haines, Weston, and several other enemies.

It’s not entirely clear which GTA 5 ending is canon. Fans agree the third ending, “Option C,” seems the most logical, since it aligns with Franklin’s character and the outcomes of previous GTA game endings. Additionally, elements of GTA Online – parts of which take place after GTA 5 – seem to reference the events of the third ending. Still, Rockstar hasn’t confirmed any ending as guaranteed “official,” so each one is a legitimate outcome for the campaign.

If players follow Haines’ request to kill Trevor, Franklin arranges a meeting with him. They begin discussing recent events, and Franklin (perhaps looking to justify his choice to carry out Haines’ wishes) says Trevor’s wildness will get him and Michael killed. He pulls a gun on Trevor, but Trevor escapes in his truck. Michael arrives to help during the chase, ramming Trevor’s truck into an oil tank. Injured, Trevor falls into the pooling oil and berates Franklin and Micheal for betraying him. Either Franklin or Michael then shoots at Trevor, igniting the oil and burning him alive. Michael rants about Trevor’s shortcomings, then he and Franklin agree that, “Surviving is winning, […] whatever it takes.” The GTA 5 Union Depository heist’s earnings are split between the two of them.

Things begin similarly if the player chooses to kill Michael, with Franklin arranging a meeting between the two. Michael gets off a call with his wife, celebrating the fact that he has money and his family back, but Franklin begins to explain his reasoning for what he’s about to do to Michael. He says, “We both know this […] ain’t over,” meaning they won’t be able to get away with the heist if they don’t appease Haines and Weston. Michael escapes to the Palmer-Taylor Power Station, and Franklin chases him down.

Knowing Michael betrayed Trevor in the past, Franklin explains he felt used by Michael and like he could be betrayed any day, since “People don’t […] change.” Michael then says, “You did! You! Two-bit gangster gone three-bit,” meaning Franklin has gone from a simple thug to a full-on, scheming and backstabbing criminal. After Franklin pushes Michael over the side of a tower, players have the option of dropping or saving him. Even if they choose save, he’ll headbutt Franklin, forcing him to drop Michael to his death. Franklin then calls GTA 5′s Lamar Davis, an old close friend of his, as he walks away.

Afterwards, both Trevor and Michael’s family shun Franklin, knowing he was likely the one who killed Michael. Since Michael still has family around (unlike Trevor), his cut from the Union Depository heist is still taken out, rather than being split between Franklin and Trevor.

If players choose “The Third Way,” Franklin consults Lester Crest, GTA 5′s heist mastermind. He devises a plan to lure Haines’ FIB agents and Weston’s Merryweather mercenaries to the metal foundry where the protagonists are supposedly melting down the gold from the heist. After taking out the soldiers, the team splits up to tie up loose ends: Trevor kills Haines, Michael kills an old enemy of Franklin’s named Stretch, and Franklin kills Triad leader Wei Cheng, who had a feud with Trevor and Michael earlier in the game. Once this is finished, Trevor stuffs Weston in the trunk of his own car and drives it to a cliff side in the Chiliad Mountain State Wilderness. The three push his car off the cliff, and the money from the heist is split among them.

Next: GTA 5 Online’s Casino Explained: Everything You Can & Should Do

Why Gisele Was Killed Off In Fast & Furious 6