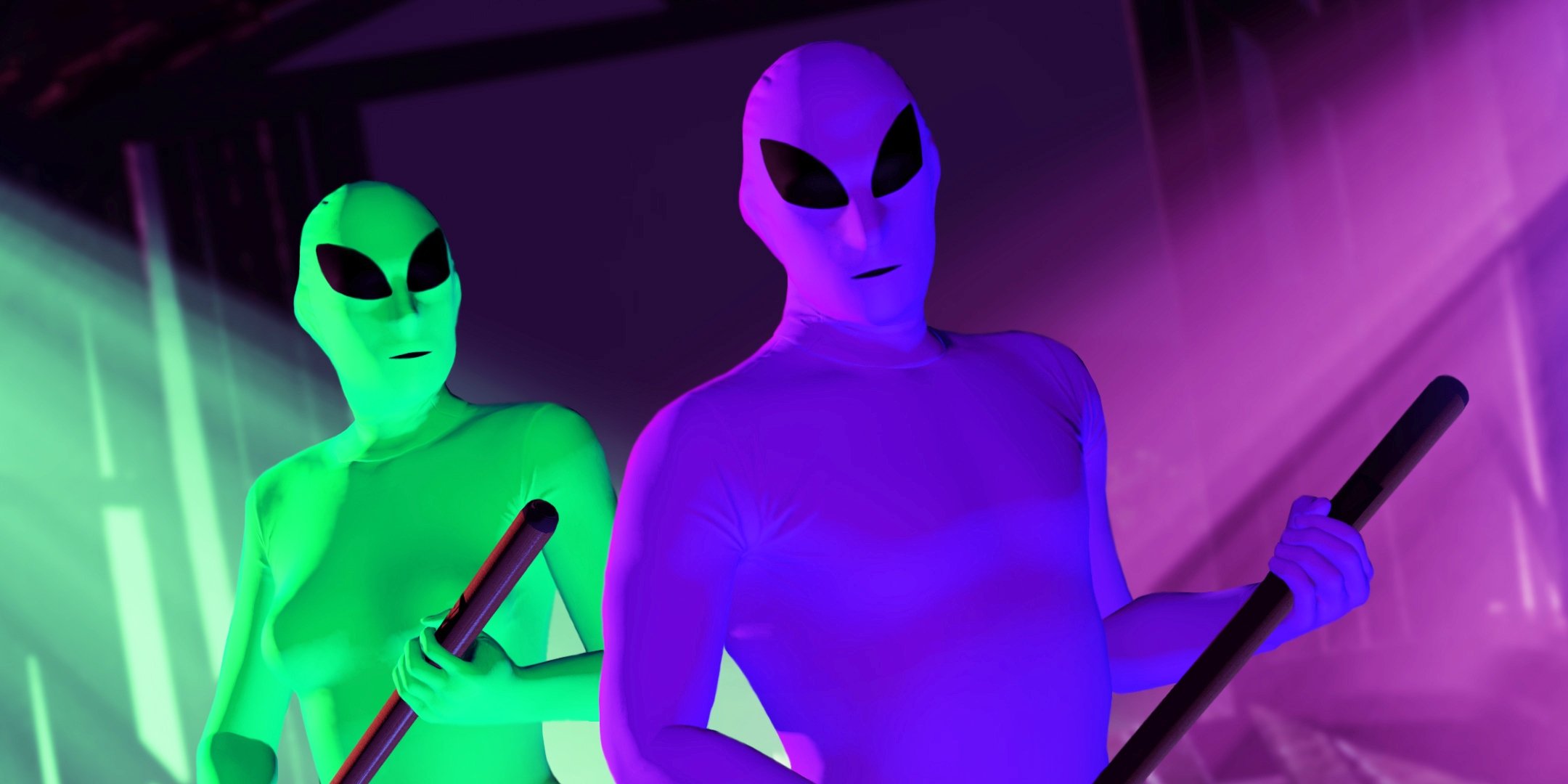 GTA Online’s green and purple alien gangs have scheduled a final “war” at the Los Santos Airport this week, meeting up for a community-wide battle.

Grand Theft Auto’s green-versus-purple alien battles are coming to a head, with the unofficial “official war” for the victor of GTA Online’s alien invasion scheduled for this week. Players plan to meet up at an in-game location for a big showdown, pitting GTA Online’s green and purple alien gangs – and, inevitably, a number of other crews and parties – against each other.

The GTA Online alien event suddenly blew up a few weeks ago, as players began sharing alien-themed clips on TikTok and other social media platforms. Players first donned green alien suits in large groups and griefed others on their servers, and this eventually escalated to an all-out invasion. Rival, anti-alien gangs formed to combat the threat, but the biggest conflict to emerge was between the green and purple aliens.

The entire thing happened completely unprompted by Rockstar, though the company did eventually acknowledge it by giving out the alien suits for free. Rather than an official, developer-designed event, GTA Online’s alien war is an example of the weird, spontaneous fun community-driven games can foster. It’s unknown how long the war will last, and this week’s showdown could be the its final battle, but players seem determined to have at least one last hurrah before it ultimately peters out.

Several Reddit users recently shared plans for a green vs. purple battle on Friday, May 15. The plans appear to have their origins in GTA Online’s TikTok community (via Reddit user Soulsie8), where clips of GTA’s alien wars have gained popularity. Although one Reddit post claims the event will begin at 2 PM EST and another claims 8 AM EST, there doesn’t seem to be an “official” start time set for the battle. Instead, players will likely flock to the battle’s location – the in-game Los Santos International Airport (LSIA) – all day on Friday.

It’s obviously unknown how many players will actually end up participating in the May 15 battle, especially since the number of participants will vary depending on the given session and server. Still, the chance to witness and participate in a potentially big conflict between the goofy alien gangs is intriguing. Players looking to get in on the action can head to any in-game clothing store to find a GTA Online alien suit for free all week, and a free Pool Cue melee weapon can also be obtained from any Ammu-Nation gun shop until May 13.

Dune: Every Previous Attempt to Adapt the Novel and What Went Wrong