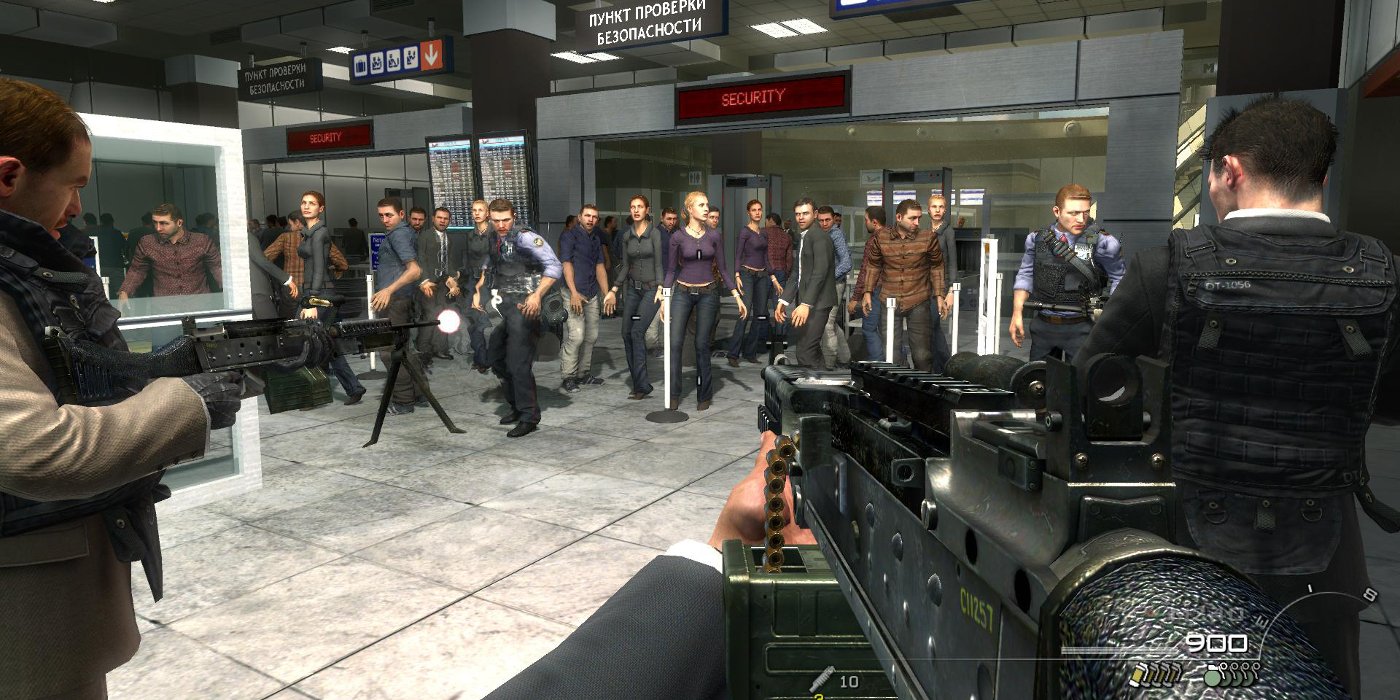 After leaking a day ahead of its supposed release, it’s been confirmed that Call of Duty: Modern Warfare 2 Remastered will bring back one of the most controversial video game moments of all time – the infamous ‘No Russian’ mission. Activision has remained hard at work on supporting the Call of Duty franchise, thanks to both the rebooted Modern Warfare that released in 2019 and the more recent Warzone which offers gamers a free-to-play Battle Royale experience. The latter has performed exceptionally as of late, with Warzone bringing in over 30 million users since it released.

With the game’s publisher Activision promising that it would be releasing even more remakes and remasters in 2020, it was only a matter of time before Call of Duty received more of that treatment. Rumors have been around for some time now that pointed to Modern Warfare 2 getting a remaster – just like the original Modern Warfare before it – and now this appears to be an inevitability, as people have posted videos of themselves playing the game in Germany ahead of its supposed launch. Evidently, the experience will drop with warts and all.

According to the popular Call of Duty news site charlieINTEL on Twitter, the incredibly controversial ‘No Russian’ mission will be returning in Call of Duty: Modern Warfare 2 Remastered. Apparently players in Germany have already managed to gain access to the (currently unreleased) title, and they’ve proceeded to play through the single-player campaign. This has resulted in footage from the mission leaking online. Be warned that it features content that may be disturbing to some viewers.

In case you were wondering…. No Russian is still in Modern Warfare 2 Campaign Remastered, and it’s not changed.

(Users in Germany on PS4 are already playing it; credit: @Racerize) pic.twitter.com/xGYICie2qQ

For those that don’t recall, the ‘No Russian’ mission from Modern Warfare 2 is controversial because it features Russain terrorists opening fire and killing civilians in a Moscow Airport. The player-controlled character is actually a double agent attempting to infiltrate the terrorist sect, but his identity ends up being part of the plan as they pin the massacre on the Americans. It’s famously a skippable mission from the core game as well, although there’s no word on if the same option will be available at this time.

The possibility of seeing this portion of the campaign return in Call of Duty: Modern Warfare 2 has caused “No Russian” to trend on Twitter. The reactions to seeing the mission return are divisive, as many believe that it has no place in modern gaming. Evidently, Activision would rather preserve the original experience and is likely even banking on the controversy to create headlines. Almost like this one…

Next: Call of Duty: Modern Warfare Makes “No Russian” Look Like Amateur Hour