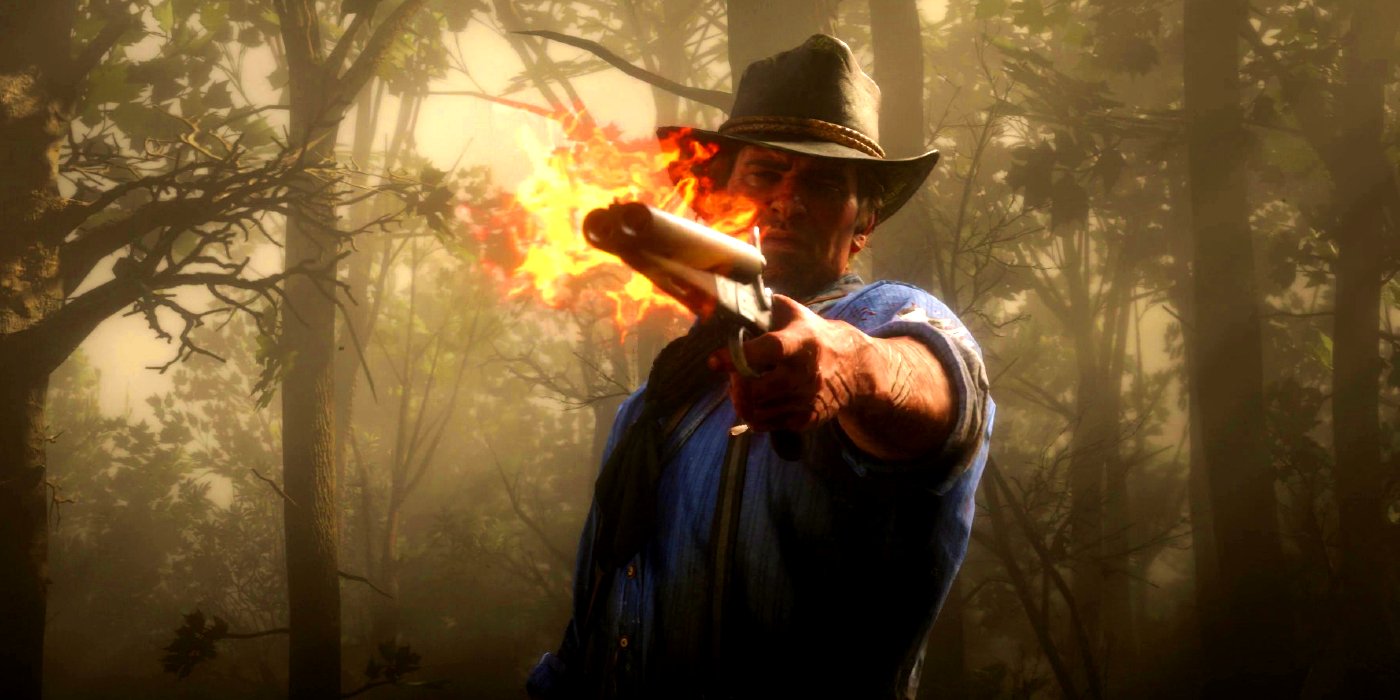 An eagle-eyed Reddit user discovered a new detail in Rockstar’s Red Dead Redemption 2, where Arthur silently counts bullets as he reloads his gun.

Rockstar’s Wild West wonder Red Dead Redemption 2 is so thoughtfully created that a new detail appears to have been discovered almost two years after its release. RDR2 is the hotly-anticipated, critically acclaimed prequel to the Grand Theft Auto developer’s previous cowboy-themed open world hit, Red Dead Redemption. Players control Arthur Morgan, an outlaw and influential member of the Van der Linde gang, in the meticulously crafted world of Red Dead Redemption 2, which is based on the Southwestern United States in 1899. Beyond completing story and side missions, players can take Arthur fishing, hunting, gambling, bounty hunting, and exploring the game’s diverse locales.

While some critics and fans found the game’s story a little too slow-paced and overloaded, there was near unanimous praise for RDR2‘s breathtaking visuals and level of scope and detail. Animals reacted to threats, horses were so specialized that a Reddit user wrote an entire report on their traits, and dozens of easily missable mysteries were sprinkled throughout, from serial killers to hidden meteorites. Red Dead Redemption 2’s ambition was not without its costs, however, as Rockstar employed severe crunch which drew criticism from the industry, although reports surfaced that the company’s culture and development strategy has shifted as they work on their next game, Grand Theft Auto VI. While the development of RDR2 was controversial, the fruits of the employee’s strenuous labor are still being appreciated and discovered years later.

Recently, Reddit user u/Bornstellar67 posted a video that appears to show a never-before-seen detail: Arthur silently counting the bullets he loads into his gun in the middle of a fight on a train. Many comments claim to have never noticed this, and some doubt it’s intentional, finding it more likely to be glitched dialogue. Other comments point out that it makes sense in context: Arthur is in the middle of a tense firefight on a moving train, and needs to focus on watching his surroundings more than his gun. u/Bornstellar67 claims to have double-checked before posting and saw that Arthur’s lips only move when reloading.

Glitch or not, the visuals of Arthur making sure that he loaded his gun correctly feel at home in such a densely detailed game. Incredibly, there was even more content developed for the game that was cut, like a friendly giant and a missing princess. Other comments mention hearing Arthur quietly sing to himself as he rides around the massive map, or hidden fighting techniques.

After almost two years since it released, Red Dead Redemption 2 proves its impressive level of detail by still having easter eggs and mysteries waiting to be discovered. The decision to add such a tiny, nearly unnoticeable quirk is something few studios would do, yet is what makes Rockstar earn its reputation as one of the best game developers on the market. With focus on the Western shifted to its multiplayer, it’s refreshing to see fans still in love with the game’s single-player campaign, despite it slightly overstaying its welcome. No one would be surprised if there were still secrets in Red Dead Redemption 2 waiting to be revealed.

Next: Red Dead Redemption 2: Why Was There No Single-Player DLC?