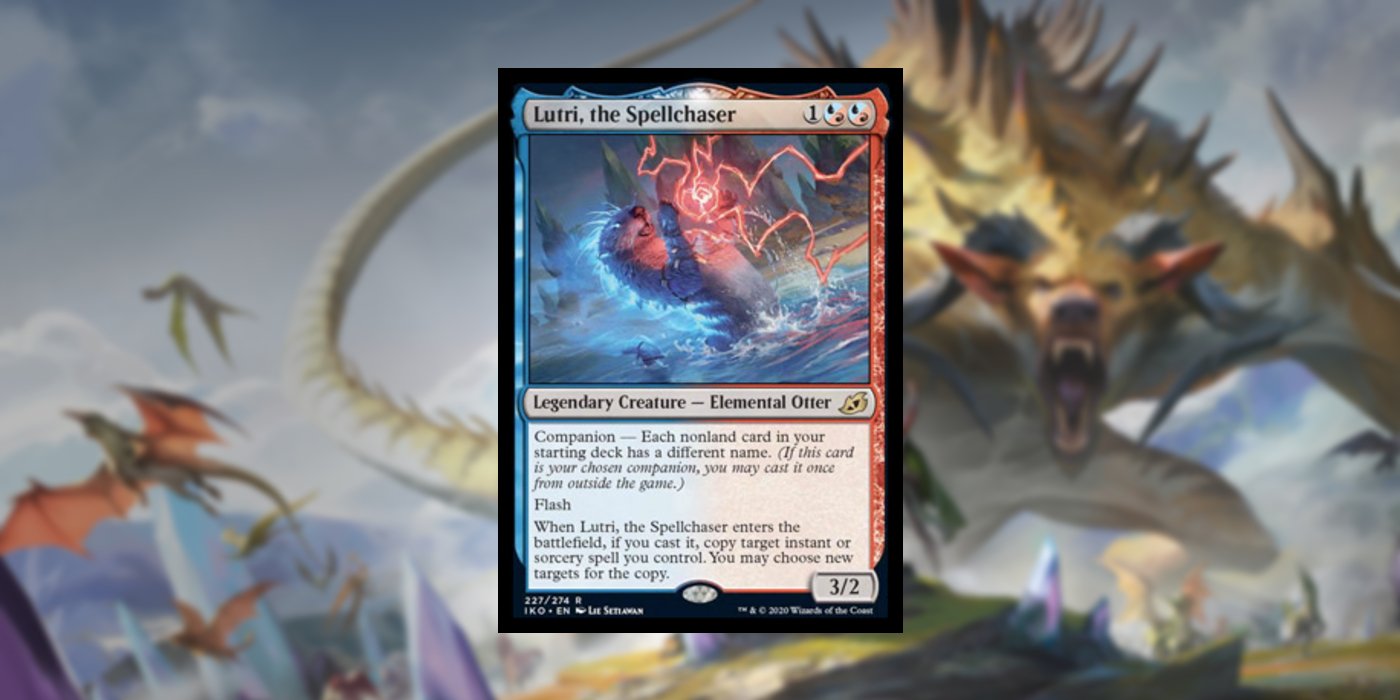 A new Magic: The Gathering card was revealed today during Ikoria: Lair of Behemoths spoiler season, then promptly banned in Commander within minutes after it was immediately identified as being too powerful for the format. Magic: The Gathering set design has been pushing the boundaries on card power level in recent sets going back to War of the Spark, which introduced dozens of planeswalkers that have dramatically changed the texture of most of the game’s formats.

More recently, cards like Oko, Thief of Crowns and Once Upon A Time have been spotlit in discussions on pushing card mechanics a little too far, with both cards needing bans across several formats to keep the game healthy. Ikoria: Lair of Behemoths is a set aimed at designing gigantic, intimidating creature cards, which makes it a likely place to find one or two other broken cards, with the benefit of higher casting costs and the lessons learned from War of the Spark and Throne of Eldraine hopefully keeping them in check.

It didn’t take long for Magic: The Gathering’s Ikoria: Lair of Behemoths to yield its first ban-worthy card, though, as Lutri, the Spellchaser was banned in Commander for its obvious power level in the format. Lutri, the Spellchaser is a card that uses the new companion mechanic, which places restrictions on deckbuilding in exchange for a card that can be cast from a player’s sideboard. In Commander, however, that makes the card literally free, as it’s restriction is playing no nonland cards that share a name with each other – Commander is a format of singletons. Identifying Lutri as a card that will literally be ubiquitious in decks that have blue or red Commander identities, the card was near-immediately banned in Commander.

There are two important things to note, here: first; Wizards of the Coast clearly had Standard in mind with Lutri, and second; Commander bannings are actually run by a separate organization, meaning it isn’t an internal decision from Wizards of the Coast to ban a card it already knew was releasing before it even makes it to shelves. It’s possible Lutri, the Spellchaser would have ended up fine in Commander as it’s ability isn’t particularly game-breaking, but the format is known for its identity as a varied experience and having a card be ubiquitous and free for players to throw into their list was probably the deal breaker.

It’s amusing that the first card banned from Ikoria: Lair of Behemoths is possibly the smallest card spoiled so far in the form of a tiny elemental otter, but it’s really not that harmful overall. Bannings in more competitive formats are much more impactful, and no Commander players who were interested in the card had a chance to purchase one yet. It’s actually the smartest move from the folks in charge of Commander available to them, and they should be applauded for identifying an issue immediately and avoiding any heartbreak for fans of the card in the near future.

Next: Veil of Summer Already Banned in Magic: The Gathering Pioneer