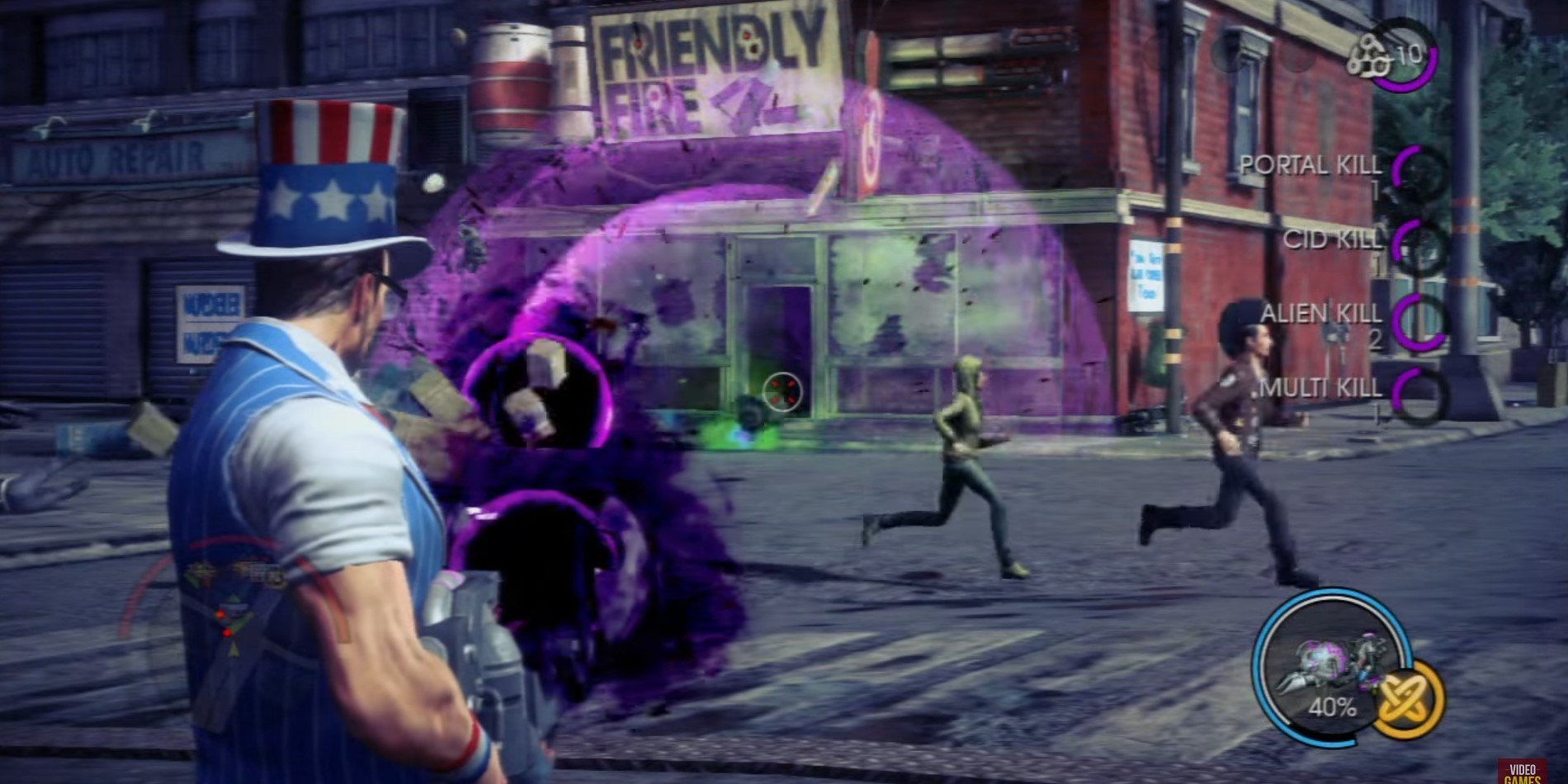 The Nintendo Switch has finally received a port for Saints Row IV: Re-Elected and both new and old fans are flocking to the title. Players will once again be able to run through a simulated version of Steelport blowing up cars, shooting aliens, and living it up as President of the United States. The best thing that Saints Row does though, is give players access to an impressive amount of weapons.

One of the best weapons in the entirety of Saints Row IV, and one that players will want to quickly get their hands on, is the Singularity Gun. This weapon will fire out black holes that can suck up enemies and cause a massive amount of damage. This weapon is perfect for clearing out large groups of enemies or causing lots of property damage. By following this guide players can obtain the Singularity Gun for themselves.

The first thing that players will need to do before obtaining the Singularity Gun is to track down Johnny Gat. In order to find Gat players will need to play through the mission “… The Very Next Day”. Once this mission is completed Johnny Gat will be available on the ship. From there players just need to exit the simulation and speak to Johhny in order to begin his Loyalty Quest, “WWGD”.

After talking to Gat, he will give the player several tasks to complete for this quest. The first thing that Gat asks the player to do is shut down a Hotspot. This will involve avoiding a lot of enemies as the player attempts to destroy the three generators powering the Hotspot. These generators will be positioned on floating platforms surrounding the spot. After these are shut down, players then need to bring the controller down before moving on to the next task.

The next task shouldn’t cause players to many issues. The only thing that players need to do is eliminate 20 Saints Flow mascots. The easiest way to clear this mission is to use the freeze blast enemies to set them up for easy kills.

The next task will send players to a flashpoint area. Players will need to clear out all Zin troops in the vicinity. Once this happens players will then have to face off against a Warden. The Warden’s stomps, telekinesis, and laser blasts should be avoided at all costs.

After killing the Warden, players will then get to causes some mayhem from within a tank. In order to beat this task, at least $600,000 in property damage will have to be caused by the tank. With over three minutes on the clock, this is more than enough time to cause that amount of damage.

The final task is a simple as rushing over to another flashpoint and taking out another group of Zin soldiers. After this just exit the simulation and go talk to Johnny Gat. After a short conversation, players will finally have access to Saints Row IV: Re-Elected’s strongest weapon: The Singularity Gun.

Saints Row IV: Re-Elected can be played on Nintendo Switch.