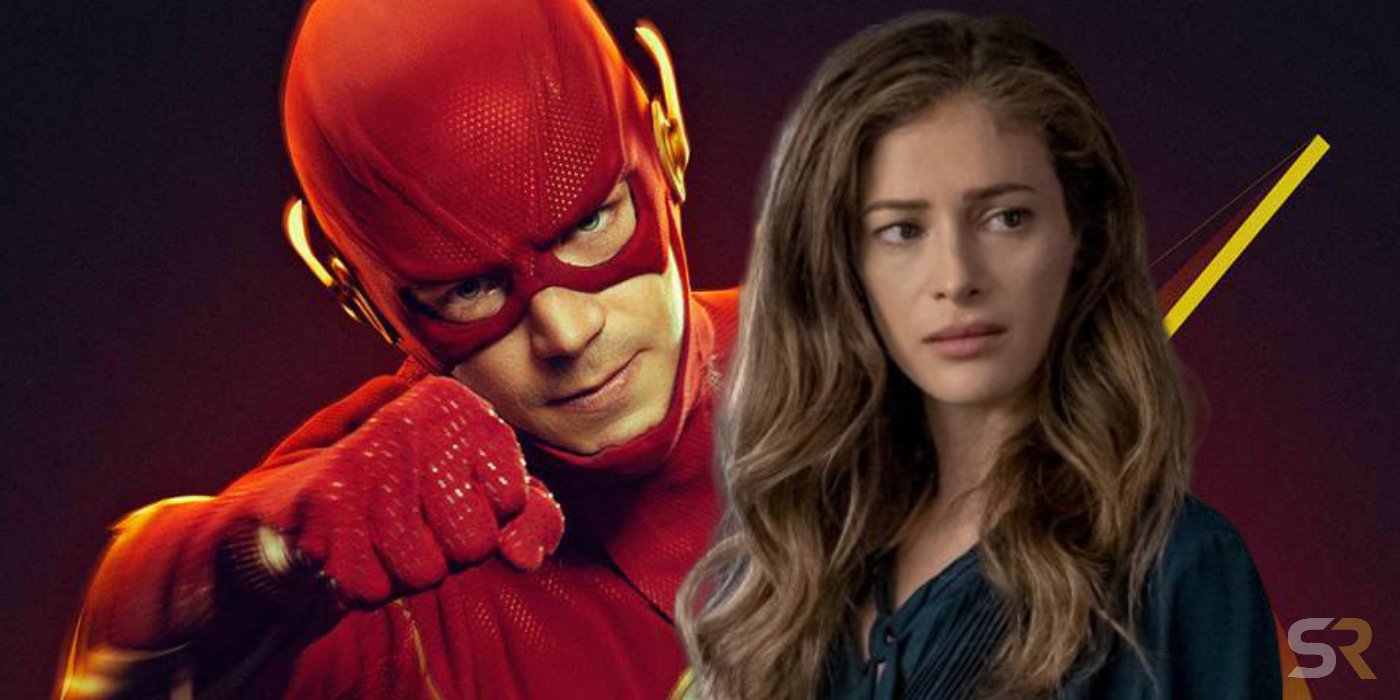 Warning: SPOILERS ahead for The Flash season 6, episode 17, “Liberation.”

The Flash connected its new Mirror Master to season 6’s original storyline by bringing back the year’s first big bad, Ramsey Rosso a.k.a. Bloodwork (Sendhil Ramamurthy). Following the events of Crisis on Infinite Earths, the DC speedster drama has been adapting the Mirrorverse concept through Eva McCulloch (Efrat Dor), who is the second person to take on the Mirror Master title in the Arrowverse. Throughout the second half of the season, Eva’s plan to escape her prison has slowly but steadily been progressing towards achieving her goal of liberation. Lately, Eva’s Mirror-army, consisting of Mirror-copies of Iris West-Allen (Candice Patton), Kamilla Hwang (Victoria Park), and David Singh (Patrick Sabonugi), has continued to help their “mother” getting closer to escaping the realm.

Back when Eva first debuted on The Flash, it was revealed that she had the ability to manipulate mirrors, which also allows her to create the mirror clones. However, the one thing Eva hasn’t been able to do is step back into the real dimension. Every time she has been seen trying, Eva’s body gets significantly damaged in the process, which is why she has depended on the mirror clones. However, the 17th episode of The Flash season 6, “Liberation,” reveals that the show’s second Mirror Master has discovered a way to leave the Mirrorverse thanks to an old foe.

RELATED: Every Time Green Arrow & Flash Fought In The Arrowverse (& Who Won)

Having been seen last in The Flash season 6, episode 8 “The Last Temptation of Barry Allen PT. 2,” Eva’s Mirror-soldiers visit Bloodwork, who has been locked up at A.R.G.U.S. right before the 5-part crossover began. Thanks to Ramsey’s blood-abilities, he can continue to heal himself from any injury or damage, which is exactly what Eva needs. When visiting the prisoner, the mirror-clones agree to break Ramsey out in exchange for a simple drop of his blood. While choosing to stay, Ramsey does provide them with a sample of his blood that becomes the ultimate key in Eva’s escape.

Once used on the mirror, Eva is able to enter into the real dimension without being harmed, and is now able to go in and out of any mirror without getting trapped in the other realm. It remains to be seen whether or not the second half of season 6 will bring Bloodwork fully into the fold as the Mirror-saga reaches its end. A key moment in Ramsey’s brief return in episode 17 is when he declares that he’s playing “the long game.” With The Flash being known for using specific terms to hint at villains’ larger goals, whether it be The Thinker’s “enlightenment” or Eva’s “liberation,” this could potentially hint at Bloodwork not being completely done as a force to be reckoned with.

While still maintaining the concept of splitting season 6 into “graphic novels,” The Flash found a clever way of taking advantage of Bloodwork to progress Eva’s arc in the Mirrorverse. Given that The Flash season 6 will end with episode 19 rather than with episode 22, due to the Coronavirus pandemic, the mystery about Bloodwork’s potential foreshadowing might not get to come to fruition until later this year. While this quick return helped Mirror Master to escape her prison, The Flash fans may want to be ready for Bloodwork’s second round in the near future.

NEXT: The Flash: Every Speedster That Exists In The Arrowverse

Andy has covered the world of entertainment journalism since 2010, mostly superheroes and comic book media. In addition to his work as a reporter, Andy co-hosts The Flash Podcast, Titans Podcast while running the entire DC TV Podcasts network. He is also the founder/editor-in-chief of The Marvel Report since Fall 2015.